How good were the seasons? Based on schedules, wins, and how hard the victories were – and how bad the losses were – the 2015 College Football Season Rankings

Four of the five victories were Bad Wins, but the three late losses turned out to be the problem. 5-4 to start the year, all UB had to do was win one of its last three games to go bowling, and it came up with the worst time to come up with a Bad Loss at home, losing to UMass to kill the season score and keep the team out of a 13th game.

The Commodores had no offense, and it wasn’t just against the SEC. 47 of the 182 points came against Austin Peay with the O coming up with 17 points or fewer nine times. The Bad Loss to South Carolina was the one game they really should’ve won, even with the near-miss at Florida. The three wins over FBS teams came by a total of 15 points.

The Jaguars needed to win just one of their last three games to go bowling, and they couldn’t do it losing to Georgia State, Georgia Southern and Appalachian State. The Bad Loss came against Texas State on the road in a blowout, and there wasn’t any shot against Nebraska, NC State or Arkansas State. Four of the five wins came by a touchdown or less.

What was that? After fighting for the ACC championship in 2014, the Yellow Jackets fell off the map because they struggled to win the close games. They won the classic over Florida State for the lone Quality Win, but they lost six games by eight points or fewer including battles against Notre Dame, Pitt, Virginia Tech and Georgia. This is the lowest ranked team that scored more points than it gave up, partly because they outscored Alcorn State and Tulane by a combined score of 74-16.

The Cavaliers didn’t lose any games they shouldn’t have, and they came up with good-name wins over Georgia Tech and Duke, but they couldn’t get over the hump in five close games to get to six wins. Notre Dame, Pitt, Miami, Louisville and Virginia Tech were all losses by seven points or fewer. All eight losses came to bowl bound teams, but the team was just good enough to be competitive. That wasn’t good enough for Mike London to keep his job.

Another year, another season when Kentucky couldn’t get that one extra win needed in the second half of the season to get bowling. The Wildcats started 4-1 to start and went 1-6 the rest of the way with the lone victory coming to Charlotte. All five wins came against teams that didn’t go bowling. Three of the five wins were Bad Wins.

The Orange started out 3-0, battled LSU hard in a loss, and that was a problem losing eight straight before closing out before coming up with a win over Boston College to close things out. Three of the four wins were Bad Wins – Rhode Island, Wake Forest and BC – but losses to Virginia and Pitt in close calls were the only other real chances to make a move.

Getting a break with a bowl appearance after starting 5-7 helped out the overall score in a big way. Four of the six victories were Bad Wins, but most importantly, past teams went to class and that allowed the APR to be high enough to go to the Cure Bowl vs. Georgia State. The one Bad Loss came to Oregon State early on.

The Pirates collapsed down the stretch losing four of their last five games to miss out on a bowl bid. They beat the easy teams on the slate, and they came up with a good win over Virginia Tech, but they failed to come up with anything offensively when it counted scoring 17 points or fewer in the four losses late in the year. It wasn’t that hard for ECU – score 28 points or more, go 5-1. Score under 28, go 0-6.

It all started out so well. Despite the loss of head coach Tim Beckman just before the season started, the Illini began 4-1 including a nice win over Nebraska. And then the bottom fell out losing six of the last seven games to whiff on a bowl appearance. The best win came against Middle Tennessee, but three of the other five victories were Bad Wins and all seven losses were by nine points or more. 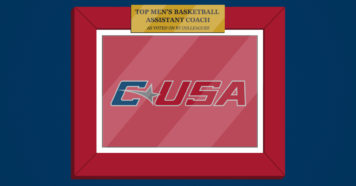