During the 2022 golf season, Stadium sports betting analyst Nate Jacobson will share his betting targets each week using odds as of Tuesday morning. Here are his thoughts on this week’s AT&T Byron Nelson.

The PGA TOUR heads back to Texas for the third event in 2022 with the AT&T Byron Nelson teeing off in the Dallas area. The event was played at TPC Craig Ranch for the first time last year and goes back to that course this week. Last year we saw incredibly easy scoring conditions, as K.H. Lee won the tournament shooting 25-under-par and the 36-hole cutline was -6.

The most important handicapping dynamic this week is knowing that next week is the second major of the season. The PGA Championship will be played next week at Southern Hills in Tulsa, which is a 233-mile drive from Craig Ranch. The short trip between the two courses is the likely reason why we are seeing a stronger field than I expected, as players use this week to prepare for a major championship.

Because some players might be more motivated to play well at the PGA Championship next week instead of the Byron Nelson this week, I will look to bet players down the oddsboard with the exception of my top choice.

One player I know that will be motivated to win this week is Will Zalatoris (22/1), and he was my first bet of the week right after the odds opened on Monday morning. Zalatoris has a strong pedigree in his short career, but is missing a PGA TOUR win on his resume. I bet on him last year in the same price range and I’m going to continue to bet him until he gets his first win, as long as the number is reasonable. Zalatoris currently resides in the Dallas area, so he’s familiar with the course. He finished tied for 17th at Craig Ranch last year and led the field in strokes gained approach.

The other players I’ll consider at the top of the board are Sam Burns (20/1) and Joaquin Niemann (35/1). Burns finished in second place at this course last year. After early-season struggles on the west coast swing, he has put together strong finishes since, including a win at the Valspar Championship. Niemann is another winner on TOUR this season at the Genesis Invitational and he has the ball striking game to compete in any tournament. Both could be names to keep an eye on for the PGA Championship next week.

I don’t love the number on Jhonattan Vegas (40/1), but I’m going to have an outright bet on him. The University of Texas product finished tied for 15th at the Wells Fargo last week, but had one of the best strokes gained approach performances in the field. He’s a player who can rack up a lot of birdies, which is needed this week if the weather isn’t a factor.

I’m going to go back to Davis Riley (50/1) after betting on him at the Mexico Open where he finished in fifth place. Before that, Riley lost in a playoff at the Valspar to Burns and finished tied for fourth at the Zurich Classic of New Orleans when he teamed up with Zalatoris.

Aaron Wise (50/1) is another player on my radar this week. His lone PGA TOUR win was in 2018 at the Byron Nelson, although the tournament was played at a different course four years ago. Wise finished tied for sixth two weeks ago in Mexico and was third in strokes gained approach that week. He’s another player that could win a scoring-fest if his irons get hot.

Luke List (80/1) has struggled since his playoff win at the Farmers Insurance Open over Zalatoris in January. He flashed some form last week at Wells Fargo and was in the final group that teed off on Saturday. The weekend didn’t go as planned for List with a pair of 74s on Saturday and Sunday, but he did have a solid ball striking week and that’s enough to put him back in consideration at this price.

I’m going to go back to the well in this range with David Lipsky (100/1) and Kurt Kitayama (100/1). I bet on both players last week at Wells Fargo after they played well at the Mexico Open. Lipsky led the field in strokes gained approach in Mexico. He missed the cut last week, but I’ll give him a pass because of the bad weather on Friday.

Kitayama finished tied for second in Mexico and tied for 15th last week at Wells Fargo. He was one of the best at that tournament in strokes gained approach and was in the mix to win before a third-round 76 on Saturday. 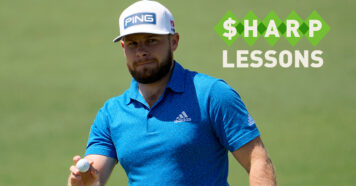 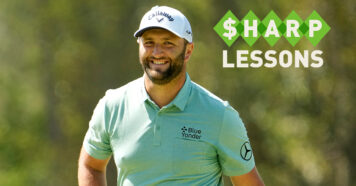 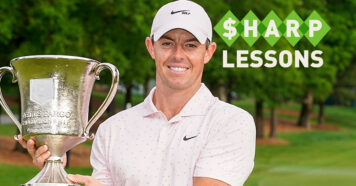