During the 2022 golf season, Stadium sports betting analyst Nate Jacobson will share his betting targets each week using odds as of Tuesday morning. Here are his thoughts on this week’s BMW Championship.

The course is a par 71 that measures over 7,500 yards, and it’s hosting a PGA TOUR event for the first time. While we can’t lean on course history for research, the length of the course should favor some of the bigger hitters in the field. There will be no cut this week and the top-30 players in the FedEx Cup standings will earn a spot in next week’s season finale at East Lake Golf Club.

My immediate reaction to the top of the oddsboard was that it’s very hard to decide which player to bet because all the elite names are bunched together. My plan for this week is to wait until Wednesday to see if any players drift from the numbers they opened at, and I’ll hope for better prices. I also might wait until the tournament begins and bet an elite player live if they start off slow. Last week, Will Zalatoris cashed a ticket for me, but there were better numbers available on him after he started the tournament one-over par after the first round.

Zalatoris (14/1) has his odds for this week nearly cut in half from where he was priced last week off his first win on the PGA TOUR. I don’t have interest going back to the current FedEx Cup points leader at that number, but I have already bet another talented youngster in search of his first win.

It would be fitting if Cameron Young (28/1) followed up Zalatoris’ breakthrough with one of his own. The PGA TOUR rookie has had early success in majors with a tied-for-third-place finish at the PGA Championship and a runner-up performance at last month’s Open Championship at St. Andrews. Young has three additional second-place finishes this calendar year and his ability to be long off the tee should work in Wilmington.

Last week, Young was one of the best ball-strikers in the field, gaining over four strokes each off the tee and approach, but struggles with his putter led to a tied-for-31st-place finish and he made the cut on the number. An average putting week from Young could be enough for him to be in the mix this week, and he’s shown multiple times he can play his best golf in the strongest fields.

The player who staved off Young in one of his runner-up performances is Joaquin Niemann (33/1). It was the Genesis Invitational back in February where Niemann went wire-to-wire to win, despite some late pressure from Young. I like targeting Niemann at longer courses because of his ability to hit the ball far off the tee. I also like how Niemann played last week in Memphis where he only ranked behind Zalatoris in strokes gained approach and finished tied for 13th. That’s why I bet on the Chilean Monday morning.

The player I plan to bet in this range is Aaron Wise (50/1). Wise is coming off a strong ball-striking week in the first playoff event and went under the radar, finishing tied for 31st. Wise has had a solid season highlighted by a second-place finish at the Memorial in June. This could be his last event of the season because he sits at 31st in the FedEx Cup standings and only the top 30 reach Atlanta next week. That extra factor will put me over the top to bet on him.

Last week, I wrote about being selective when betting longshots in playoff events. Usually the top players win, although last week Sepp Straka was close when he lost in a sudden death playoff.

But in a smaller field without a cut, I’m not going to bet many longshots — if any. I did end up betting Keith Mitchell (80/1) last week, and I’ll look to go back to him in some way, as he sits 38th in the FedEx Cup standings and has work to do.

Two others who interest me and have something to play for are Davis Riley (80/1) and Sahith Theegala (80/1). Both would get in three of the majors next season if they stayed in the top 30 of the standings after this week. I’m not sure if I’ll bet either player outright, but I will either look to play them in matchups before the tournament or between rounds. 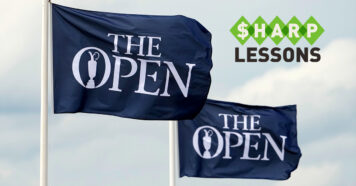 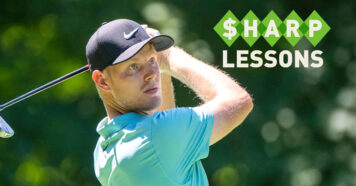 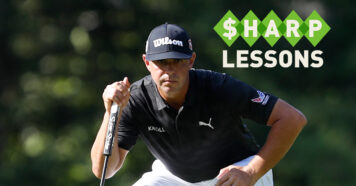