During the 2022 golf season, Stadium sports betting analyst Nate Jacobson will share his betting targets each week using odds as of Tuesday morning. Here are his thoughts on this week’s Sony Open.

Note: Nate will tweet out his official bets when they are placed before the event. He also discusses his bets for golf and other sports on the Sharp Lessons podcast that drops every Wednesday and Friday. Subscribe on Spotify and Apple for episodes and follow Stadium Bets on Twitter for more sports betting content.

The PGA TOUR stays in Hawaii for the second tournament of the 2022 calendar year. Last week, Cam Smith won the 38-player Tournament of Champions after out-dueling world No. 1 Jon Rahm with a winning score of 34 under. This week is the Sony Open and it feels like the real start of the golf season with football winding down and this tournament being a full 144-player field with a cut after the second round.

The Sony Open is played at Waialae Country Club in Honolulu. It’s a par-70 course that is 7,044 yards, which gives a lot of players a chance to have success because it’s a shorter track. Kevin Na won last year after shooting 21 under.

The tournament took a hit when Bryson DeChambeau withdrew on Monday; that condensed the top of the oddsboard with one of the favorites pulling out. Smith is currently the favorite at 9/1 after winning on Sunday and is a complete pass for me at his number. The two names that popped out to me right away on Monday morning were Corey Conners (22/1) and Russell Henley (33/1).

Conners is a great iron player, who didn’t win last year, but had a very strong spring with numerous top-10 finishes. He made a name for himself by being the leader after the first round of the PGA Championship. I can see a breakout from Conners this year, so I want to target him before a potential win. The only issue is I don’t love the number on the Canadian, who has just one win in his PGA career and that was in 2019.

Henley fits the similar mold of Conners, as a strong iron player who is occasionally undervalued because of his inconsistent putting. Henley won his first-career tournament in 2013 at this course and finished tied for 11th at last year’s Sony Open.

I typically like looking at players in the 40/1 to 66/1 range before tournaments begin, especially in a tournament like this where there aren’t many elite players and a wide-range of skillsets can win the event. As of now, there’s only one player I’m looking to bet on in this range, and it’s Cam Davis (50/1).

Davis played last week at the Tournament of Champions, so he got four rounds of Hawaii golf under his belt. He isn’t a perfect course fit because the strength of his game is off the tee, which isn’t as important at Waialae. But having a good driver can’t hurt and he finished tied for 10th last week at Kapalua. Maybe seeing a fellow Australian win on Sunday in Smith can inspire Davis to find the winner’s circle for the second time in six months.

Two players at deeper odds that might make my card are Tom Hoge (80/1) and Aaron Rai (80/1). Make sure to shop around for potentially better prices on both players. I recommend playing a top-5 or top-10 on them if you bet them outright.

I’m hoping some of their form from the swing season in November can carry over to this event. Hoge finished tied for fourth at the RSM Classic in late November. Rai had three-straight top-20 finishes at three tournaments in November. Both players popped in the strokes gained approach metric, so hopefully the strong iron play can continue for at least this week. 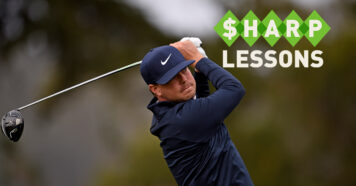 Sharp lessons with the professor. 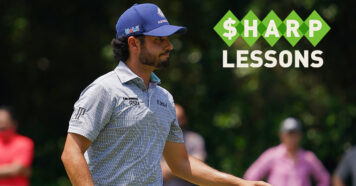 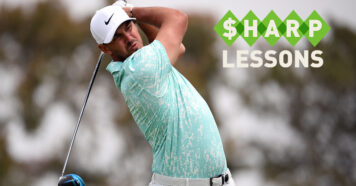 Who should you back in the last major of the year?