During the 2022 golf season, Stadium sports betting analyst Nate Jacobson will share his betting targets each week using odds as of Tuesday morning. Here are his thoughts on this week’s Travelers Championship.

Fresh off the third major of the year, the PGA TOUR takes center stage again for the Travelers Championship. The tournament is played at TPC River Highlands in Cromwell, Connecticut, which is close in proximity to where the U.S. Open was played in Massachusetts.

TPC River Highlands is a par 70 course that measures at 6,852 yards. The short length of the course gives a lot of players in the field a chance to contend and players with different skillsets have won in the past. With that in mind, I will look to bet more longshots this week than I did at the U.S. Open where I thought only a handful of top-tier players could realistically win.

The field for this week’s Travelers Championship is very strong for the week after a major. But with the easy travel for players from Massachusetts to Connecticut, the top of the oddsboard is loaded. Rory McIlroy (10/1), Scottie Scheffler (10/1), Justin Thomas (12/1), Patrick Cantlay (16/1), Sam Burns (18/1), Xander Schauffele (20/1) and Jordan Spieth (25/1) are all in the field and it’s a big statement ahead of the second LIV Golf event next week in Oregon.

Cantlay and Spieth were part of a two-man playoff the week after the Masters at the RBC Heritage. Those are the two players in the aforementioned group that I would consider betting on outright. Outside of majors, Cantlay has had strong results in 2022, including a playoff loss to Spieth in South Carolina two months ago. He has played the Travelers the last four years and has finished between 11th and 15th place in each outing.

Spieth won this event in dramatic fashion in 2017 when he holed out of a bunker to beat Daniel Berger in a playoff. He ended up tied for 37th at the U.S. Open, but his ball striking wasn’t an issue. The putter has held Spieth back several times this season, but he can overcome that like he did when he won two months ago.

A player I bet on Monday was Sungjae Im, who is now priced at 28/1. Im was a popular outright bet at the U.S. Open last week and he let his backers down, including me, with a missed cut on the number after closing around 40/1 at The Country Club. I’ll give Im a pass because he ended up playing in the tougher weather draw on Thursday afternoon and Friday morning. His lead-in form for the U.S. Open was strong and he’s a good course fit for TPC River Highlands.

The first bet I placed on Monday morning was an outright and top-five bet on Davis Riley (40/1). After being a week early on Sam Burns’ win at the Charles Schwab and a week early on Matt Fitzpatrick’s U.S. Open victory, I do not want to miss out on Riley’s win. His recent results have been outstanding and I have bet him multiple times recently, including last week at 66/1. Riley was -1 going into the weekend in Massachusetts and then struggled like so many players did and finished six-over-par.

Seamus Power and Brendan Steele are two players I’m considering at 50/1. Power is coming off a tied for 12th place finish at the U.S. Open and also finished tied for ninth at the PGA Championship. Last year, Power finished tied for 19th at the Travelers and finished second in strokes gained approach.

Steele also has good recent results driven by strong approach played. He also finished tied for ninth at the PGA Championship and tied for 10th at the Memorial earlier this month. He didn’t qualify for the U.S. Open, so he’s rested for this week at a course he’s played well at. Steele has seven top-25 finishes in 10 Travelers appearances, including finishing twice in the top six.

After I wagered on him at the RBC Canadian Open two weeks ago, I’m going to bet on Keith Mitchell (66/1), who also was idle from the U.S. Open last week. Mitchell finished tied for seventh in Canada, which allowed him to qualify for next month’s Open Championship. His course history is poor at this event, but I like his recent form.

I mentioned I’m going to bet some players deeper in the odds this week and there are several that I really like at their price.

Aaron Rai (100/1) is a player who I bet on several times this season, including way back in January at the Sony Open. I’ve kept him on my radar all season and he popped in his last start at the Canadian Open. Rai was ranked second in strokes gained approach in Toronto.

Harris English (100/1) won last year’s Travelers Championship in a thrilling eight-hole playoff against Hank Lebioda. So why is he priced in this range in an event he won 12 months ago? It’s because he missed nearly five months of play after undergoing hip surgery and returned for the first time earlier this month at the Memorial. English made the cut at the U.S. Open and had two strong rounds with his irons on Friday and Saturday. I usually don’t like betting the winner of last year’s tournament because the player is overpriced, but this is a reasonable number to back English after he flashed some form at the U.S. Open.

Adam Schenk (200/1) was a player I wrote up in this section of last week’s article when he was 400/1 at the U.S. Open. He ranked fifth in strokes gained approach at the Memorial and he made the cut at the U.S. Open to finish tied for 24th last week.

Joseph Bramlett (250/1) is the deepest I’ll go this week. He quietly finished tied for 37th at the U.S. Open. He ranked second in tee-to-green behind the winner Fitzpatrick. He also ranked fifth in strokes gained approach, but was last in the field in strokes gained putting. I always preach betting on players who had strong ball striking weeks that might be under the radar because of bad putting, and Bramlett fits that mold for this event. 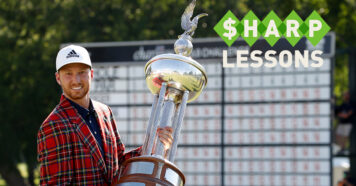 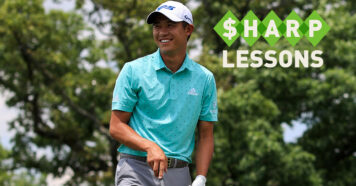 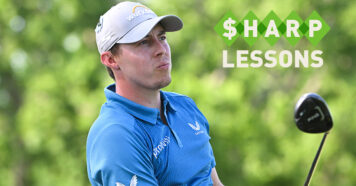