During the 2023 golf season, Stadium sports betting analyst Nate Jacobson will share his betting targets each week. Here are his thoughts on this week’s Farmers Insurance Open.

The California swing continues on the PGA TOUR with the Farmers Insurance Open at Torrey Pines this week. Due to the NFL Conference Championship games being played on Sunday, this event will start on a Wednesday so it can conclude on Saturday.

Top of the Board

Jon Rahm (+450) comes in as the justified favorite with wins in his last two starts. Rahm won the Tournament of Champions in early January and followed it up this past week with a win at the American Express. Rahm had his first PGA TOUR win at this event in 2017 and won the 2021 U.S. Open at Torrey Pines. He’s clearly the player to beat in San Diego, but I am not considering him at this number with other quality players in the field.

Tony Finau (12/1), Xander Schauffele (12/1), Collin Morikawa (14/1), Justin Thomas (16/1) and Will Zalatoris (16/1) make up the next tier of players behind Rahm. I can make a case for any of those players, but one doesn’t stick out from the group. I might look to bet one of those players in-tournament if they start slow and their number drifts.

The stand-out player for me this week is Hideki Matsuyama (33/1). The 2021 Masters champion has a solid course history at Torrey Pines. He has made the cut the last six years at the Farmers Insurance Open, highlighted by a tied-for-third finish in 2019. Matsuyama’s last start was two weeks ago at the Sony Open where he finished tied for 48th. His approach play was very good that week, but he was one of the worst putters in the field. If Matsuyama can putt field average this week, he’ll have a chance to contend.

I want to save some money before the tournament to potentially bet a player or two after it begins. So as of now, I’m just going to bet Sahith Theegala (50/1) in this range. I bet on Theegala last week because he’s a player close to his first win and has contended in events full of talent. I’m going to go back to the Southern California native this week after he made the cut at the American Express, but wasn’t close to contending.

I also like Brendan Steele (125/1) after betting on him last week. Steele consistently has good ball-striking stats, but is held back by his putter. That rang true in the final round of the American Express where he shot six-under-par on Sunday.

Nick Hardy (125/1) is a young player who came onto the scene last summer after a strong finish at the U.S. Open. He had comparable ball-striking statistics to Matsuyama at the Sony Open two weeks ago, but lost over three strokes around the green. Stats like chipping and putting are less predictive than off the tee and iron play, so I’m going to take a shot on the 26-year-old.

The deep longshot I like is Austin Smotherman (250/1). He finished tied for 11th at this event last year and was second in the field in strokes gained approach. His recent form hasn’t been good, but he’s worth a bet at a course he played well at 12 months ago. 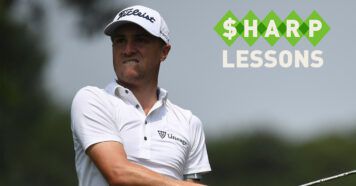 The playoffs are upon us. 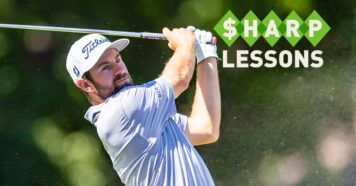 The playoffs continue in Delaware. 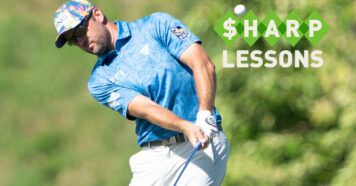