E-mail Pete Fiutak There we go, Georgia. That’s what we’ve been waiting for you to look like. Healthy, spry and rested, this looks like a much, much better team than the one the limped across the finish line last season, and if it can stay in one piece, look out. This is a deep and talented team with a superstar in Todd Gurley to work around, but the defense looked a half-step faster because it was. Amarlo Herrera with 12 tackles, Ramik Wilson with seven, and Leonard Floyd with his dominant seven tackles and two sacks with a forced fumble did nothing to dispel the thought that this really might be the best linebacking corps in America. Defensive coordinator Jeremy Pruitt has the tools, and he apparently knows how to use them. Hutson Mason was effective and mistake free, the ground game cranked out 328 yards, and every clucked with 31 unanswered points in a dominant run to make this really and truly look like the team worthy of finally getting over the hump. Yeah, it’s only week one, but it was a huge statement. It was exactly how the Bulldogs wanted to start with a week off to prepare for South Carolina. Look out. E-mail Rich Cirminiello Follow me … @RichCirminiello Earn a Ph.D. in college football … class is in session at Campus Insiders After one week of action, everyone is chasing Georgia RB Todd Gurley in the Heisman race … just the way Clemson was Saturday night. A healthy Gurley is capable of singlehandedly changing the dynamic of the SEC—and the national—title hunt. He’s that dynamic of an offensive weapon, as was evident throughout the Dawgs’ pivotal win in Athens. Gurley was a beast, rushing for three scores and almost 200 yards, while adding a 100-yard explosion for six on a second-quarter kickoff. Even better, he’ll have help this year, which means fresher legs with which to wear down gassed defenses. This could be Clemson’s best D in ages, yet it was utterly toothless when the Dawgs began to roll out the likes of Nick Chubb and Sony Michel late in the game. And don’t forget Keith Marshall, who’ll have a more prominent role once he proves he’s all the way back from last year’s ACL injury. Gurley made quite a statement versus Clemson. Ditto new Georgia defensive coordinator Jeremy Pruitt, whose locker room adjustments resulted in a second-half shutout. With a week off before South Carolina visits, the Bulldogs are liable to put the SEC East in an early chokehold. By Phil HarrisonFollow me @PhilHarrisonCFNIt took a while but Georgia finally imposed its will against Clemson.In an era of pass-happy spread offenses, it was the Bulldogs and their punishing running attack that threw body-blow after body-blow against the Clemson defense until it wore down in the second half. Staggered and bruised, All-American Georgia running back Todd Gurley and company then delivered a few haymakers to put the Tigers on the mat for good.Mark Richt’s team was expected to contend in the SEC East, and all disclaimers aside about this only being week one, there’s no reason to believe that things aren’t looking up between the hedges. If the defense can continue the momentum and confidence it found in the second half tonight, and the running continues to impress, things could be a load of fun at Georgia this year.For Clemson, much like its in-state rival South Carolina, it’s now time to dissect the film, re-tool some things and hope to put this one in the rear-view mirror. There’s still an offense to work with, but the defense has to be more nasty and disciplined. Head coach Dabo Swinney has the Clemson program pointed in the right direction, and he’ll get the ship turned back towards open water given time. 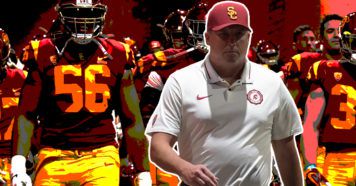 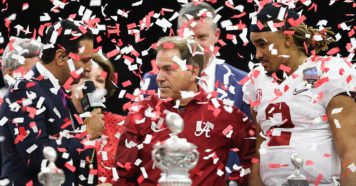 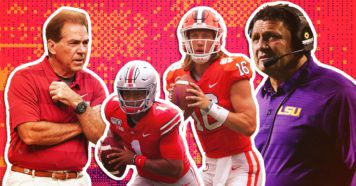