Army vs. Rice prediction and game preview. The Black Knights and Owls will meet at Michie Stadium in Week 2.

The Owls were blasted 46-14 by Western Kentucky in Week 1, as they allowed new Hilltoppers starting quarterback Mike White to throw for 517 yards on 25-of-31 passing. Meanwhile, Army shocked Temple 28-13 in Philadelphia behind fullback Andy Davidson’s 121 rushing yards and two scores. Not bad for a former linebacker. The Knights are now ready to start the home portion of their schedule against the wounded Owls. Rice has won four straight games in the series.

What To Know About Rice

The Owls had a difficult time both defending the pass (the Hilltoppers amassed 552 yards through the air) and moving the football on their own (288 total yards in Week 1). Now Rice will have the opposite challenge defensively: stopping Army’s potent rushing attack. Offensively, Owls quarterback Tyler Stehling threw for 183 yards in the opener, but he is going to have to have a big day against an undersized Army defense. The Knights did have three interceptions against Temple, so it won’t be easy for Stehling.

What to Know About Army

In their win over Temple in Week 1, Jeff Monken’s Army squad piled up 329 yards on the ground. Besides the strong play of Davidson, three other players gained at least 50 rushing yards. The Knights attempted only five passes all night, so we’ll see if they are going to need to throw the ball a little more to move the chains against Rice. It will all depend on how consistently well the Owls are able to stop the run, especially early.

Offense: Army. When that famous Black Knights triple-option attack is clicking, watching it is a thing of beauty.

Special Teams: Rice. Army missed two field goals and had a punt blocked in their win against Temple.

Coaching: Even. Can David Bailiff get Rice back to a bowl game? Defensive improvement is mandatory.

Intangibles: Army. The Knights will be riding the momentum of last week’s big victory.

It will take a total committed full-unit effort—all 11 defenders—in order for Rice to slow down the Army rushing attack. The Knights are not well-equipped to throw the football on third-and-longs, so it is essential for the Rice defense to win on first and second down.

Until we see the Owls make significant progress on the defensive side of the football, it’s hard to ride with Rice in this one. The Owls did claim a 38-31 win last year over the Black Knights despite the Knights recording 378 yards on the ground. But Army only had four third-down conversions and failed on both of its fourth-down tries. It’s just one game, but Army showed a better brand of football last week. 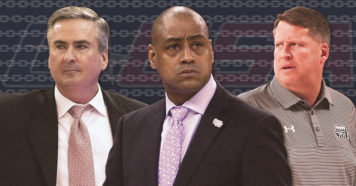 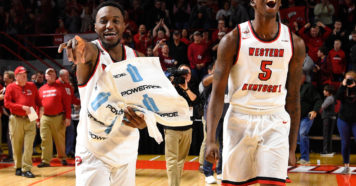 Stadium has compiled men’s basketball attendance and ticket sales data from the 2017-18 and 2018-19 seasons and we’re now breaking it down for the Conference USA.