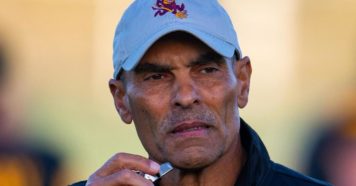 Is Herm Edwards Capable of Turning Around the Arizona State Football Program?

New Arizona State head football coach Herm Edwards spent eight seasons as an NFL head coach — five with the Jets, then three with the Chiefs. As a player, he spent nine years in the league, almost entirely with the Eagles. As a college football player, it’s rare to play for someone with that kind of […] 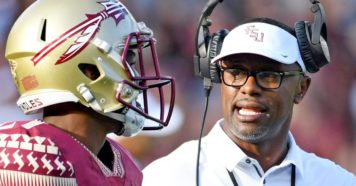 Willie Taggart Is Changing Florida State Football, but Not Ignoring the Past

Last season was the first time since 2011 that Florida State failed to reach double-digit wins. It also marked the end of the Jimbo Fisher era, a period that will be looked upon fondly by Seminoles fans. Fisher helped restore a legendary football program that had struggled with adapting to the modern game of football […] 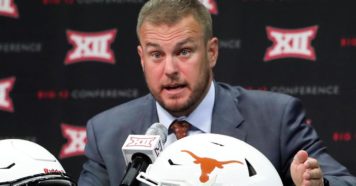 Line movement for Texas this offseason shows that head coach Tom Herman doesn’t just have the Texas fan base riled up — he’s got bettors excited about them, too. “Losing has to be awful.” Texas head coach Tom Herman dropped that line to reporters last summer during his first appearance at Big 12 Media Days […] 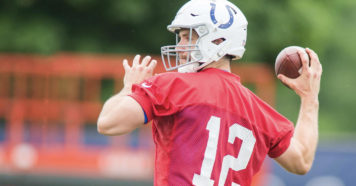 If you’ve been on any news website in the past 24 hours, you’ve seen a version of this headline: “Colts QB Andrew Luck Throws a Football.” It’s bizarre that Luck simply tossing a pigskin is a top NFL storyline this offseason, but don’t think for a second that his health isn’t one of the factors […] 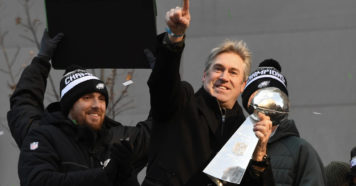 Philadelphia Eagles owner Jeffrey Lurie is suffering from an obsession. He’s determined for his club to become the first NFL team since the New England Patriots (2003-’04) to win back-to-back Super Bowls. “I’m equally obsessed to be the first team to try to repeat in a long time,” Lurie told 247Sports.com. “And try to put us […] 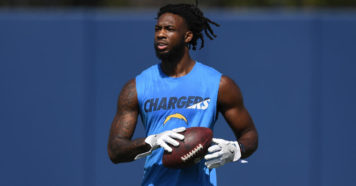 At any point last season, did you wonder why your favorite talking screaming heads weren’t spending much time discussing the three wide receivers that were taken in the first round of the 2017 NFL Draft? It’s probably because the trio of Corey Davis, Mike Williams and John Ross, all drafted in the top ten, combined for […] 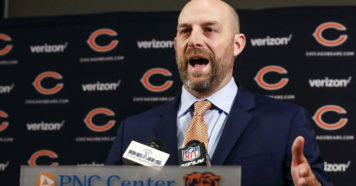 749 regular season wins. The most in NFL history. An NFL-record 27 Pro Football Hall of Famers with another one on the way. Those remarkable feats belong to the Chicago Bears, one of the most storied franchises in football history. But in recent years, the team has struggled to live up to the lofty expectations […] 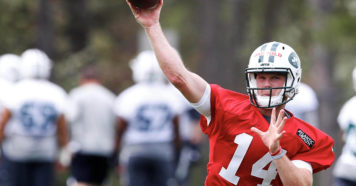 “Broadway” Joe Namath, the only quarterback to win a Super Bowl for the New York Jets, believes that patience is needed for rookie Sam Darnold to adjust to the speed of the NFL. “The players, the coaches have to be convinced he gives them the best chance to win,” Namath said while attending the United […] 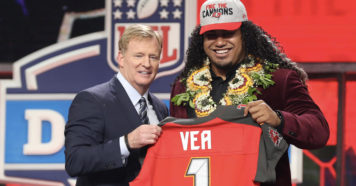 2017 marked the first time in the history of the NFC South that three teams from the division made the playoffs. The New Orleans Saints, Carolina Panthers and Atlanta Falcons all battled for a shot at the Lombardi Trophy, while the Tampa Bay Buccaneers watched the playoffs from home. Considering that it was only the […] 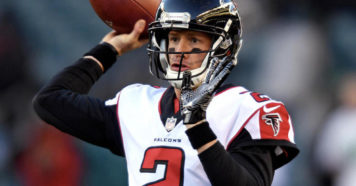 $150 million. That’s how much money Falcons quarterback Matt Ryan will earn after signing a five-year contract extension to stay in Atlanta. At $30 million per year, the former MVP is now the highest-paid player in the NFL, dethroning Vikings QB Kirk Cousins, who signed a three-year deal worth $28 million per year in March. […] 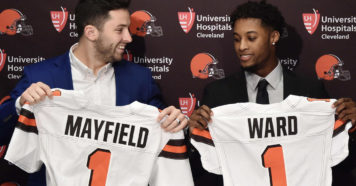 The Good, the Bad and the Mediocre: NFL Draft Grades

The 2018 NFL Draft has come and gone, and we all deserve a ‘congratulations’ for surviving the endless mock drafts and mindless speculation from talking heads. Now it’s time to examine draft grades and predict how each team’s new players will fit into their system as we count down the days until training camp. But […] 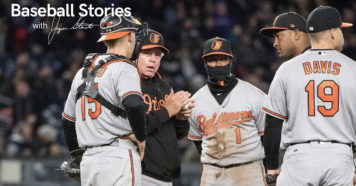 Orioles manager Buck Showalter shared some interesting baseball jargon in the latest episode of Stadium's Baseball Stories. This prompted us to dive into some of the other unorthodox baseball terms found throughout the game's history. 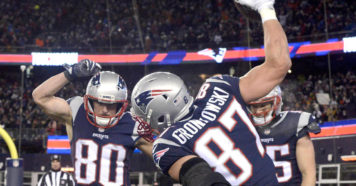 Will Rob Gronkowski End Up in the Pro Football Hall of Fame?

Rob Gronkowski, star of Redbox-renowned movies “Deported” and “The Lit Party,” will postpone his promising Hollywood career for at least one more year and return to the New England Patriots for his ninth NFL season. On Wednesday, the five-time Pro Bowl tight end tweeted that he “will be back for the 2018 season with the […] 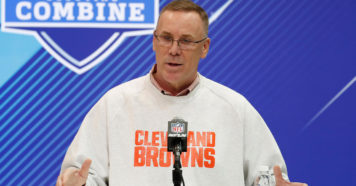 What If Tyrod Taylor Is the Answer for the Cleveland Browns at Quarterback?

Brady Quinn. Brandon Weeden. Johnny Manziel. On Thursday, those three men will likely be joined by a new member of the infamous fraternity of quarterbacks to be drafted in the first round by the Cleveland Browns this millennium. Since 1999, Browns fans have persevered through a twisted quarterback carousel that has featured 28 different starters, […] 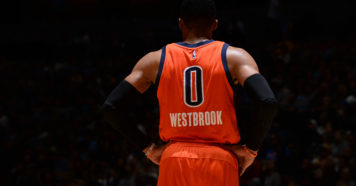