Everything you need to know about the Bahamas Bowl online live stream and TV broadcast, as well as game notes and prediction.

The Western Michigan Broncos and the Middle Tennessee Blue Raiders will meet in Nassau on Dec. 24 for the Popeyes Bahamas Bowl.

The Broncos (7-5, 6-2 MAC) will participate in their seventh bowl game and are still searching for their first win in the postseason. Western Michigan finished off a solid 2015 campaign on a high note, defeating a ranked Toledo team, 35-30, in the final game of the regular season. The Broncos took a 25-21 lead right before halftime and never gave it back as they staved off the Rockets in the second half for the upset. Zach Terrell turned in an admirable performance for Western Michigan, completing 12-of-20 throws for 243 yards and a pair of touchdowns, both of which were caught by Corey Davis, who had a monster day. The wideout tormented the Rockets secondary all day long and finished with six catches for 139 yards in addition to the two scores. The Broncos are playing in consecutive bowl games for the first time in program history. Western Michigan came up short last year to Air Force in a 38-24 loss in the Famous Idaho Potato Bowl.

The Blue Raiders (7-5, 6-2 C-USA) are appearing in their fifth bowl game in the team’s FBS era and first in two seasons. Middle Tennessee finished off the regular season red-hot, winning its last four games, including a 42-7 beat down of UTSA in its final contest. The Blue Raiders scored 42 straight points before they rested their starters and the Roadrunners broke through for a touchdown with 6:33 remaining in the game. The MTSU rushing attack carried most of the load offensively, as the group rushed for 199 yards and four touchdowns. Shane Tucker, Kamani Thomas and Jordan Parker each topped the 50-yard mark and found the end zone. The success of the running game meant success for Brent Stockstill as well. The quarterback completed all but six passes for 257 yards and a touchdown to Terry Pitts. MTSU is looking for the program’s second bowl win, its last being a 42-32 win over Southern Miss in the 2009 New Orleans Bowl.

The Bahamas Bowl will mark the first meeting between Western Michigan and Middle Tennessee.

Below is everything you need to know about the matchup, including the Bahamas Bowl online live stream, TV broadcast information, game notes and prediction.

It’s the Popeyes Bahamas Bowl, and it has a lot to live up to after last year’s WKU-Central Michigan classic. There’s no way this can be the same sort of game, but there will be lots and lots of passing yards and lots and lots of points. Expect a wide-open game that’s fun for a full sixty minutes with Western Michigan controlling things a little bit more and getting the ground game going just enough to take over in the fourth quarter.

For the final score prediction, check out our Bahamas Bowl preview. 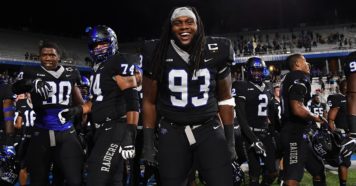 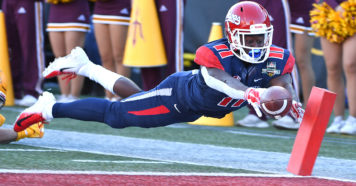 The first five FBS bowls of the season were on Saturday as Fresno State capped off its first 12-win season in program history, Tulane overpowered in-state foe Louisiana and Utah State’s offense lit up the scoreboard. Here are the plays that decided the outcomes of Saturday’s bowl games.   Las Vegas Bowl: No. 21 Fresno […] 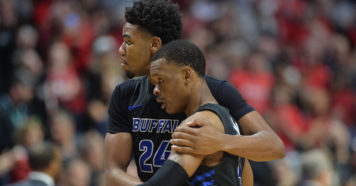