With Big 12 expansion being explored, we take a look at the teams on the radar for the conference.

The big news out of Big 12 Media Days on Tuesday was the announcement that the conference would move forward with exploring possible expansion.

“We’ve been contacted by a number of institutions, and I would imagine after this news breaks we’ll be contacted again,” Bowlsby said.

“We are looking for members that will grow over time as we grow; that bring stability; that have a high top end.”

As many as a dozen schools have pitched the conference over the past few years, unveiling their cases of how they can make the Big 12 stronger. The following seven schools are closest to being promoted, though no one is without shortcomings, which is why this process has gone unresolved for so long.

BYU makes sense because … its fan base is large, engaged and spread outside the nation’s borders. The Cougars have a rich history in the sports that matter, and their supporters have the interest and discretionary income to travel well. BYU is a nationally identifiable brand, with Power 5 facilities, which is exactly the kind of university the Big 12 needs to be adding at this stage of its evolution.

The Cougars are a bad fit because … adding BYU means making concessions. Owned by the Church of Jesus Christ of Latter Day Saints, the Cougars do not play sports on Sundays. Not an issue for football, but it would be scheduling issue for every other sport. BYU is also in a new time zone, almost 900 miles from the nearest Big 12 campus, Texas Tech. Again, not a football problem, but the travel budgets of Olympic sports would suffer sticker shock.

Cincinnati makes sense because … of its location. The Bearcats would bring Big 12 sports to the state of Ohio, a bastion for passionate viewers and next-level high school athletes. Cincinnati would hand the Big 12 its second biggest TV market behind Dallas-Fort Worth, increasing the likelihood of a dedicated league network. The Bearcats have a long history of football and hoops consistency, and they’ve give West Virginia a much-needed travel partner in an East Division.

Cincinnati is a bad fit because … football prowess will ultimately drive the Big 12’s decision, and Cincy doesn’t boast a great tradition in the sport. The Bearcats have been extremely consistent on Saturdays, despite periodic coaching changes. But their stadium is small and they struggle to make a splash in a pro sports town more interested in the Bengals and the Reds. Think rich-man’s Rutgers.

UConn makes sense because … it could give the Big 12 access to the New York City and Boston television markets. The Huskies are a living room play, pure and simple. Yeah, it would be great to add the men’s and women’s basketball teams, but UConn is only in this discussion because of its potential for impacting TV ratings and providing a selling point to ESPN and Fox Sports executives.

UConn is a bad fit because … football dominates every expansion discussion. And the Huskies are an inconsequential football entity situated in a region of the country that produces very few blue-chippers. West Virginia is a travel nightmare that’s never going to feel as if it belongs in the Big 12 ecosystem. The Huskies, though, would be far, far worse in both regards. Hoops aside, is there anyone who’ll be compelled to see Connecticut face teams from Texas and Oklahoma … ever?

Houston makes sense because … it’s the best fit from the fan’s perspective. The Cougars are the common sense choice for anyone not involved with the minutiae of balance sheets, income statements and TV rights deals. Houston is a Texas team, and the Big 12 is certainly Lone Star-centric, so rivalries would develop quickly and it’d be much more economically feasible for students to follow their team on road trips to Baylor, TCU, Texas Tech and even Oklahoma.

Houston is a bad fit because … it doesn’t necessarily broaden audience size. No one contemplates expansion in this era without discussing the impact to TV households and ratings. And the Big 12 doesn’t need any more help in Texas. Plus, there’s no great motivation for the current members to promote Cougar football, particularly since such a move would add another roadblock to signing some of the state’s best high school and JUCO athletes.

The Tigers make sense because … they boast well-heeled backers. Memphis is picking up a tailwind, aided by recent revelations that local-based FedEx would sponsor a Big 12 championship game and that the university is committing to a $500 million investment into academic and athletic infrastructure over the next five years. The TV market is descent, and the campus isn’t ridiculously far from West Virginia and the Big 12’s two Oklahoma schools.

They’re a bad fit because … they don’t bring any brand recognition. Memphis has a nice basketball program, and football has picked up the pace recently. But the Big 12 can do a lot more for the Tigers than vice versa. The facilities are old, so facelifts would be necessary to be Power 5-worthy. Memphis just doesn’t provide enough juice or tangible benefits for the Big 12 to extend an offer.

USF makes sense because … the Big 12 would love to plant its flag in the state of Florida. There are plenty of advantages to being in the Sunshine State, from better access to some of the country’s best recruits to TV markets that grow with each census. Tampa is on the verge of becoming one of the nation’s top 10 television markets. Plus, the Gulf of Mexico in November would be an appealing road trip, especially for Iowa State, Kansas, Kansas State and its fans.

USF is a bad fit because … its track record in football and basketball is limited. Hoops brings nothing to the equation, while football has only been in existence for two decades, so forget about developing any serious rivalries. There’s also the issue of travel distances and costs, since West Virginia is currently the closest Big 12 member at almost 1,000 miles away. If the Mountaineers are on an island, the Bulls would be in a different galaxy.

UCF makes sense because … it’s Central Florida, with an enormous student body … and Disney. Adding the Knights would get the Big 12 into the coveted Florida market, much the way the Bulls would. And both TV markets are among the 20 largest in America. However, UCF would also bring a school with one of the nation’s biggest enrollments, which helps with ratings, tickets and merchandise sales. And then there’s the lure of Orlando, a destination spot for families that would like to catch the Longhorns and Buzz Lightyear on the same weekend.

UCF is a bad fit because … it’s a second-tier Florida athletic program. True, there are many merits to getting into the Sunshine State, but it’s not as if the Big 12 is adding Florida or Florida State or Miami. This is UCF, which doesn’t have a ton to brag about beyond Blake Bortles and the 2014 Fiesta Bowl shocker over Baylor. And just like South Florida, there are the concerns about distance and travel. The Knights are off in a different time zone and coast than the bulk of the league, an added problem for any current Big 12 sports team not operating in the black. 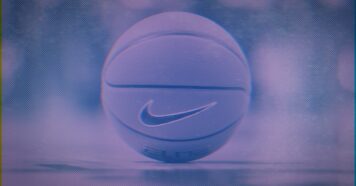 Can you keep a “secret”?