After a memorable weekend in which 50-year-old Phil Mickelson became the oldest player to win a major championship, the PGA TOUR goes back to Texas for the Charles Schwab Challenge at Colonial Country Club in Fort Worth.

This is the event where the sport returned last June after the COVID-19 pause. A better field than usual played that week and it was a thrilling four days that ended in Daniel Berger edging Collin Morikawa in a playoff.

The field isn’t as strong this season, but it’s still a tournament that attracts big names, including the aforementioned players who were in the playoff.

Here are five players I’m looking to target in the betting market this week:

My first look this week is Collin Morikawa, who will play for redemption after last year’s playoff loss. He’s a perfect fit for this course with his strong iron play.

Morikawa is coming off a tied for eighth place finish at the PGA Championship. He was third in strokes gained tee to green. His approach play was strong like usual and he was also three in strokes gained off the tee.

A comparable course to Colonial is Harbour Town, where they play the RBC Heritage. Morikawa was in the final group of that tournament last month before a final-round 72 took him out of contention. I’m hoping that the small greens at the course this week negate some of his shaky putting, and it’s one of the weeks where he’s dialed in with his irons.

I’m going back to the Dallas-area native for the third-straight week. I bet him at the Byron Nelson, where he led the field in strokes gained approach. That performance was one of the reasons I included him in my bets for the PGA Championship, where he came through for me with my top-10 bet on him.

Zalatoris continued his stellar iron play at Kiawah Island, where he gained 8.2 strokes on approach. He struggled at the RBC Heritage last month, but I’ll give him a pass for that because it was just days after his solo second place finish at the Masters. It feels like a win is coming soon for Zalatoris and I’m hoping to have an outright on him when it happens.

Hoffman was right next to Zalatoris in the strokes gained approach category at the PGA Championship, just another event where he played well in 2021. He quietly has eight top-20 finishes this calendar year, highlighted by a second place finish at the Valero Texas Open in early April. Maybe seeing older players like Phil Mickelson and Stewart Cink win recently will inspire the 44-year-old to find the winner’s circle for the first time since 2016.

I’m hoping the RBC Heritage correlation is true this week because Grillo finished tied for second at that event last month. A few weeks later, he was second in strokes gained approach at the Wells Fargo Championship and gained 7.5 strokes on approach at the PGA Championship. Putting is always the concern with the Argentine, but I can’t ignore the strong underlying numbers.

Kim is a player with a lot of variance to his game. He could withdraw from any event with an injury after one bad round. He can also contend in any event and maybe even win like when he won THE PLAYERS Championship in 2017.

When betting outrights, you’re hoping the player brings their ceiling game, and Kim is always intriguing at courses that fit his game — and when he’s in this price range. Kim lost in a playoff at the RBC Heritage in 2018 and won the Wyndham Championship five years ago, which is at another course with similar qualities to the track this week. Kim is coming off a missed cut at the PGA Championship, but one bad week won’t deter me from considering the South Korean. 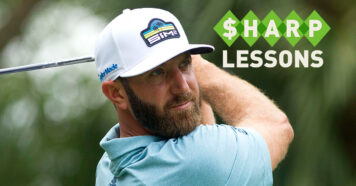 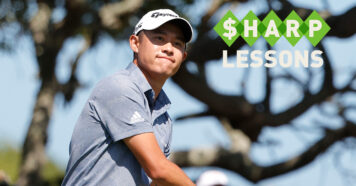 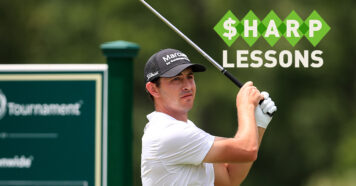