E-mail Rich Cirminiello Follow me … @RichCirminiello Two games. That’s all it took Steve Sarkisian to earn his first monster signature win at USC. I had my doubts about Sark’s return to Troy. I felt the school could have done better with its successor to Lane Kiffin. While it’s certainly too early to hand out any grades, the coach is off to a sensational start. Last week, the Trojans won with offense. Today, they grinded out a three-point win over two-time defending Pac-12 champ Stanford … on the Farm. It wasn’t pretty. Nah, it was pretty darn ugly, in fact, aided by the defense and the big leg of PK Andre Heidari. And USC will build off it, in 2014 and beyond. But for all the positives that the Trojans can—and will—take from this win, Stanford gave the game away. Countless penalties. Two crucial missed field goals. A failed fourth-down attempt inside the USC five late in the third. And a promising drive in the waning moments that ended on a blindside sack by J.R. Tavai on Kevin Hogan. The Cardinal did all it could to squander an opportunity to start fast in league play. Troy has absolutely nothing for which to apologize after beating Stanford for a well-earned road win that’ll serve as a foundation for the future. The Cardinal, though, was extremely sloppy and poorly-prepared on offense, unacceptable for a team whose trademark in recent years has been sound fundamentals and a dearth of mental errors. E-mail Pete Fiutak Follow me … @PeteFiutak Stanford will never, ever get over this very weird, very bizarre loss. If it’s possible for a team full of the smartest people on the planet could collectively brain cramp time, Stanford did it. Being tough and amassing body blows might be a good strategy, but it only works if you come up with the knockout. Of course, give USC credit for making the big plays in the big moments, finishing with the J.R. Tavai hit on Kevin Hogan – Kev, three words: COMPACT THROWING MOTION – and with the Andre Heidari 53-yard bomb of a field goal good. USC came up with the huge defensive stops in the red zone, and Stanford didn’t execute. But Stanford should’ve been up by a bazillion in the first half, allowed USC to stay in the game, and got tagged. It’s not like the Cardinal didn’t have their chances, with trips inside the red zone time and again coming up empty, and with USC committing ten penalties, but they dominated this game. The defense held the high-octane Trojan passing game to 135 yards, and while the run defense gave up 154 yards to Javorius Allen, but there’s no real excuse: Stanford made too many mistakes and completely and totally blew it. With six tough road games to come up after next week’s date with Army, the Cardinal had better figure out how to close and how to stop the big mistakes in a big hurry. As the season goes on, this could and should be seen as the big one that got away. By Phil Harrison Welcome back to national relevancy USC. In a Pac-12 that was thought to be Oregon and UCLA’s world, the Trojans showed that they are a team that needs to be taken seriously themselves in what promises to be a hotly contested conference race on the left coast.And just how did USC beat Stanford on the road? By taking the Stanford way directly to the heart of Stanford. USC, long thought of being a flashy and athletic program, came into Palo Alto and was more physical, and more brawny than a Cardinal program that has become a player on the national scale by creating the same culture that it got beat with today.USC is coming out of a dense NCAA smack-down fog, and with a new sheriff in town in Steve Sarkisian, the program looks to be knocking the door down towards being a national conversation piece yet again. Sure there are the wacky off-the-field issues that must be dealt with, but all of that will go away with the best tonic of all — winning.USC gave Stanford a dose of that medicine today, and there’s still plenty of games to play in a Pac-12 that’s not going to lay down, but the game in the Rose Bowl against UCLA on November 22 might be the opportunity to disrupt the new world order and make the universe right again. 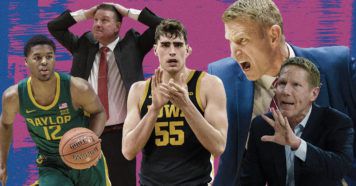 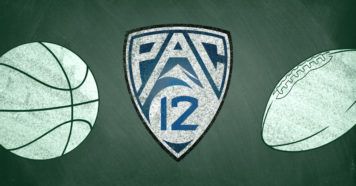 Let’s take a look at the Conference of Champions. 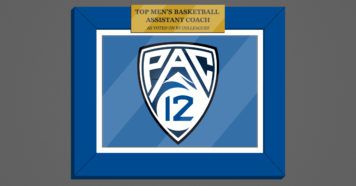