E-mail Pete Fiutak Follow me … @PeteFiutak I tried to make all sorts of excuses for Ohio State. I assumed J.T. Barrett would be more than fine in place of Braxton Miller, and he someday might be, but it’s hard to tell with a slew of Hokies sitting on his head all game long. I assumed the Ohio State running game was going to find replacements for Carlos Hyde – after all, it’s Ohio State. Instead, all the rushing production came from Barrett as he ran 24 times when he shouldn’t have been running 24 times – he’s not Braxton running the ball. I assumed the best defensive line in the country could take over and dominate games, and it did against the run to some extent, and I assumed that Urban Meyer was Urban Meyer, and he wasn’t going to lose a game like this at home. Instead, he was outschemed, outfoxed, and thoroughly outcoached. Virginia Tech didn’t win at home like Oregon did against Michigan State and Notre Dame did against Michigan – it went into Columbus and took control from the start. This was a confident, swarming, nasty game from the Hokies. They looked the part. Just like I assumed Ohio State was going to. E-mail Rich Cirminiello Follow me … @RichCirminiello Earn a Ph.D. in college football … class is in session at Campus Insiders Welcome back to relevance, Virginia Tech. After brushing elbows with mediocrity over the past two seasons, the Hokies needed a statement win in front of a national audience. More specifically, Frank Beamer needed this victory, as suggestions that the game was passing him by continued to percolate. Does this mean that the Gobblers are poised to return to the top of the ACC? Not unless Jameis Winston suddenly foregoes his football career to play fall baseball. But by winning in Columbus, Tech is once again the Coastal Division favorite, which is not a bad place on which to lay a foundation. The Hokies were downright oppressive on D, whipping an Ohio State front that’s going to need more time to gel. What else is new from defensive coordinator Bud Foster, the only man qualified to succeed Beamer, whenever that time arrives. The big difference, though, in Blacksburg is that Tech finally has a quarterback it can build around. Texas Tech transfer Michael Brewer made a couple of mistakes, but unlike predecessor Logan Thomas, he’s going to eventually maximize the talent of an up-and-coming corps of receivers and tight ends. Virginia Tech has been waiting two years to make noise for reasons other than a necrotic offense or a surprising upset loss. The Hokies aren’t all the way back; that’ll come when they resume cranking out 1,000-yard rushers. This evening at The Shoe, though, was an enormous stride in the right direction. By Phil HarrisonFollow me @PhilHarrisonCFNThis was not the Ohio State team we thought we were going to see heading into the year. As much as you wanted to believe that redshirt freshman J.T. Barrett was more than capable of adequately filling in for an injured Braxton Miller, the reality is that he’s just not Braxton Miller.At the end of the season, there’s a good chance that this year’s Ohio State team will be much, much better as the growth and maturity of Barrett continues, but the Virginia Tech defense is the last type of defense you want a freshman quarterback who thought he was there in case the glass had to be broken in an emergency. That glass was broken when Miller went down, and much more was broken tonight for the expectations of the 2014 season.It’s clear now that Urban Meyer is still trying to fit all the right pieces in all the right places. The offensive line is still getting its sea legs while trying to break in four new starters, the defense has been rebuilt and still working out communication and chemistry, and then there’s the quarterback position. You just can’t hide a quarterback against a Bud Foster defense.But this night was about Virginia Tech. The Hokies have had two sub-par years in a row and they needed a statement win to announce to the college football world that they are on their way back.Statement heard loud and clear.The Hokies are loaded with young talent that plays hard. The front seven is relentless in its pass rush while the defensive backs are able to lock down in man-to-man coverage to keep the D-line and linebackers doing their thing.On offense, the Hokies aren’t going to light the world on fire, but new starting quarterback Michael Brewer is savvy enough and has the moxie and accuracy needed to make big plays at key moments in the ballgame. He was a leader and a difference maker tonight. If he can continue the solid play against talented teams, Virginia Tech has the ability to be one of the feel good stories of the year.Maybe, just maybe, Beamer ball is back en vogue. 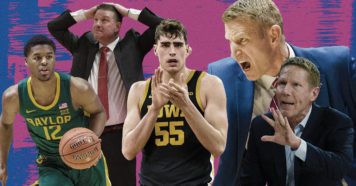