What’s it like to face Zion Williamson? We asked a dozen players who have had the unenviable task of having to defend Duke’s freshman man-child for their thoughts:

What were your first thoughts when you saw Zion?

Jacob Kessler: “He’s as big as advertised. When he first walked out, it looks like he’s ready to play in an NFL game. He’s every bit of 6-7 and he’s so wide.” 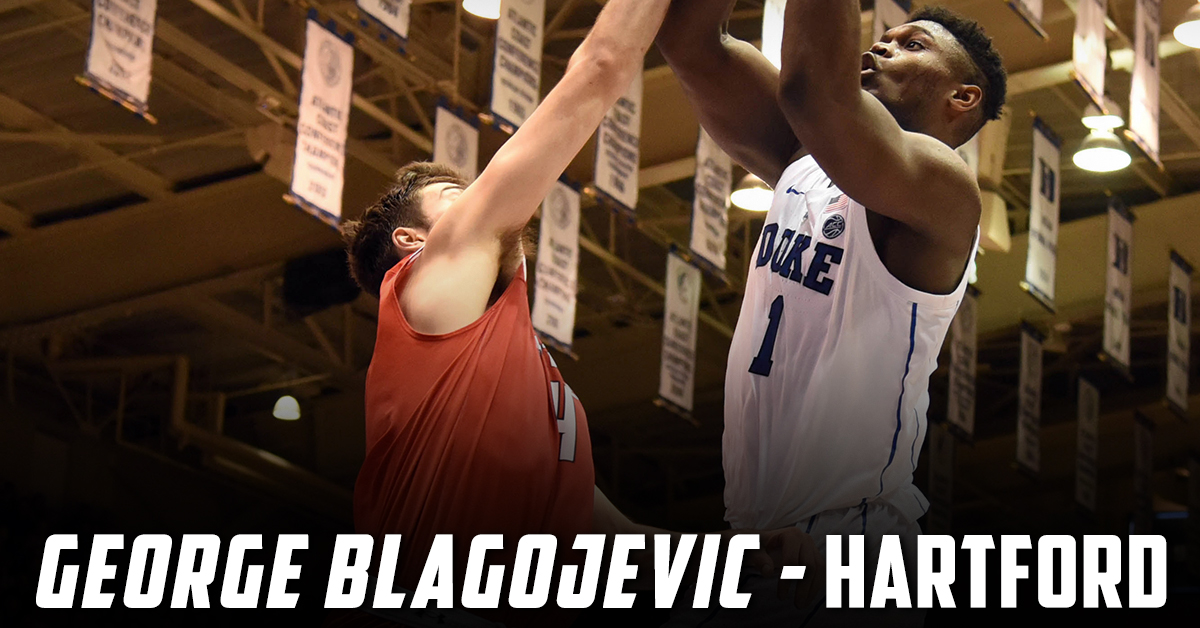 George Blagojevic: “Just that the hype is real. He was so big, not so much tall – but wide and how much he weighs.”

Myles Stephens: “He’s so wide, and has huge arms. The kid is a physical freak of nature.”

Au’Diese Toney: “ How big he was compared to most of the players we have gone up against.”

Justin Smith: “He’s a little shorter than I thought, but you can tell right away how big and strong he is.”

Tariq Owens: “For a freshman, he was huge.”

Jacob Kessler: “What stuck out to me Is his high-motor. He goes hard every play – consistently. He’s not going to let up on defense, and he goes after every rebound.”

George Blagojevic: “You have to know where he is on the floor, not so much as a shooter. But he can take off from anywhere. If you don’t know where he is, he’ll dunk over you.”

Jaylen Hoard: “Different than anyone I’ve ever had to guard. He’s just so big and quick. He’s as big as most centers and quick as most guards.” 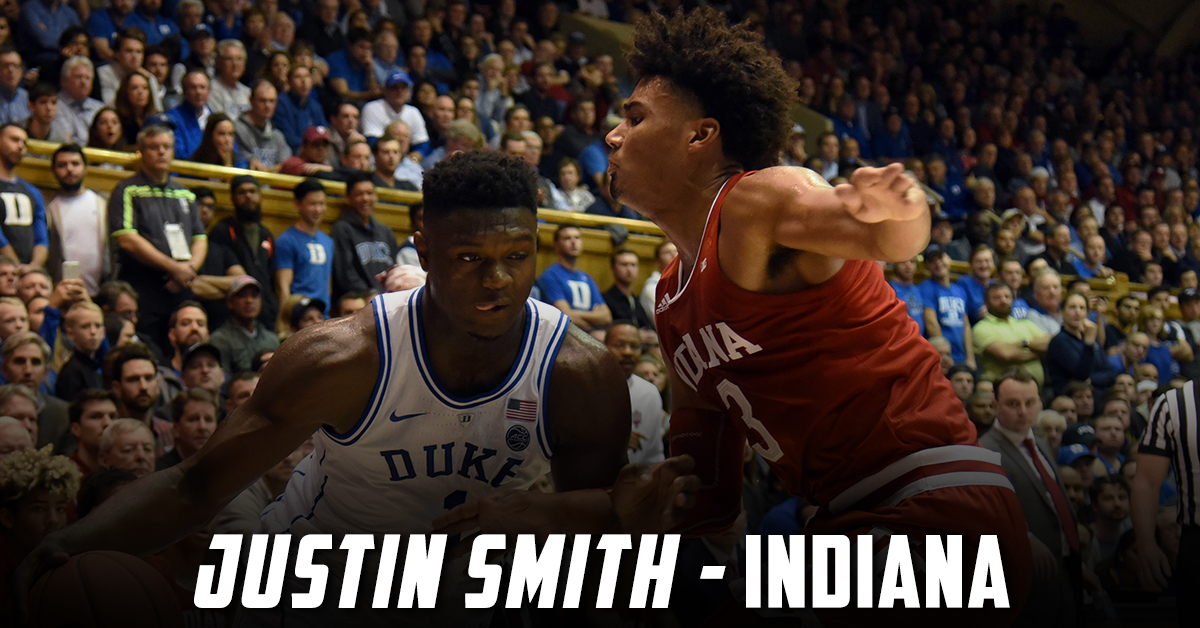 Justin Smith: “Very physical, but also quick at the same time. His change of direction is impressive. He’s very fast for someone his size, and that makes it difficult to stay in front of him.”

Matt Mitchell: “There’s really nothing like it. He’s one of a kind. He’s so physical and strong, and takes up so much space. He’s hard to contain.”

How do you describe Zion’s athleticism after going up against him?

Fact: There’s no accurate vertical for Williamson, except that he put up at least a 40-inch vertical shortly after arriving at Duke this past summer. He cleared the first rack of pins, and a new one was brought out:

Leo Goodman: “He’s a freak of nature. For someone to be that big and to be able to move like that, it’s never been seen before.”

Aamir Simms: “Everyone knows he’s one of the best athletes in the world, but you just don’t see guys who weigh that much jump that high. It’s just shocking to see it – amazing with that body type.”

Myles Stephens: “Freakish, quick first step and explosive. You can have him boxed out and then all of the sudden he jumps over your head … and he’s not even going over your back. His first step is so quick, especially at 280-plus pounds. It’s unbelievable.”

Au’Diese Toney: “I haven’t seen anyone that athletic. It’s crazy. He’s so explosive and quick. You see the ball on the rim and the next thing you see is him coming out of nowhere flying. He’s so big, and to be able to jump like he does is incredible.”

Matt Mitchell: “It’s like he jumps out of the gym. When he takes off, it’s like he’s flying.” 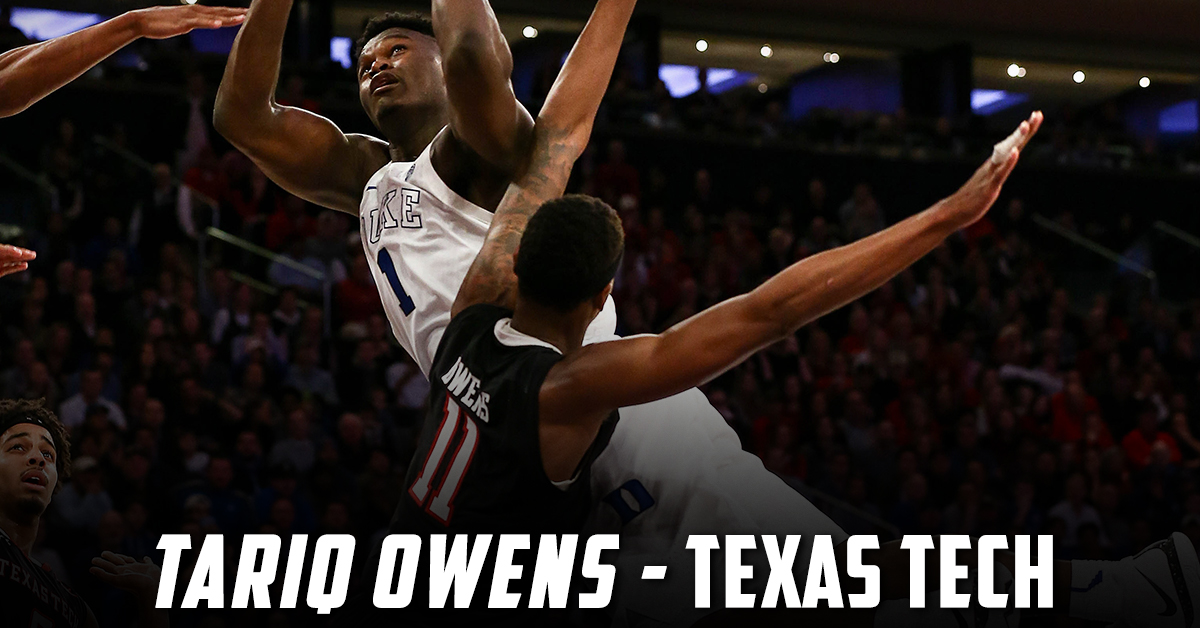 Tariq Owens: “Explosive. Very explosive. His first step is quick and his second jump is so quick. He’ll shoot a shot, and before it comes off the rim he’s back up there.”

What surprised you most about Zion’s game?

Leo Goodman: “How quick he moves. I knew he could jump, and how physical he was from watching him on TV, but you can’t tell how quick he is on TV. His first move is so quick.”

Jacob Kessler: “His motor. He plays hard every play – consistently. He goes for every rebound, and you think he’s going to let up on defense, but he really doesn’t. He never stops, he keeps playing hard all the time.”

George Blagojevic: “How active he was on defense. You can tell he wants to get a steal on every possession.” 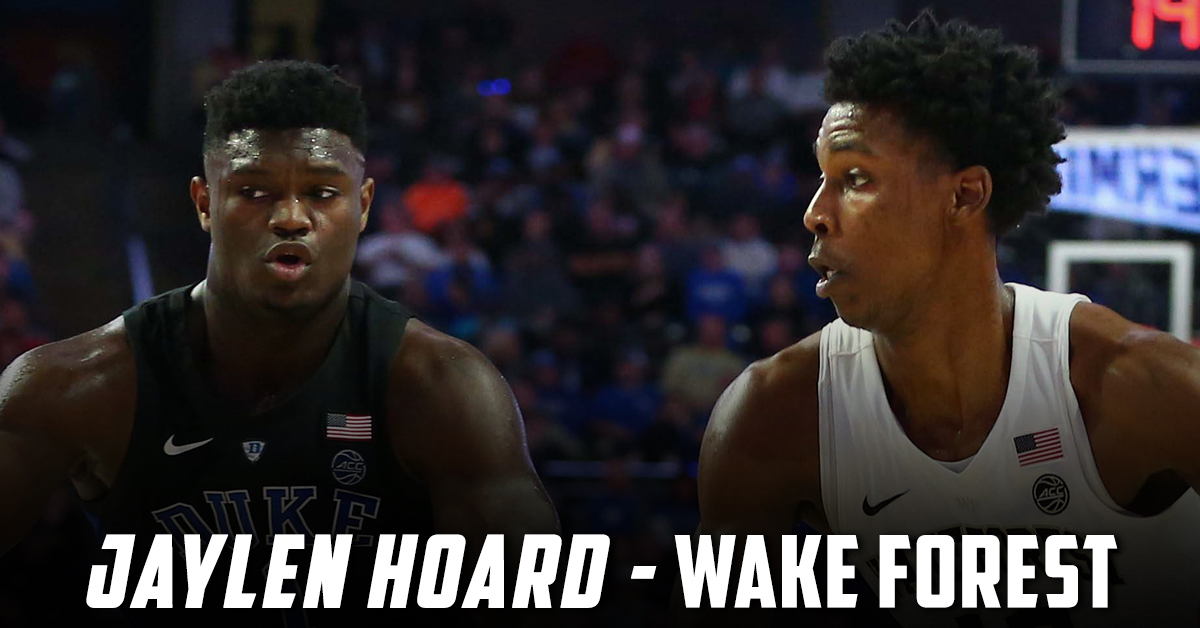 Jaylen Hoard: “He doesn’t force shots. There are a lot of guys like him that force shots, but he’s unselfish. He lets the game come to him.”

Au’Diese Toney: “For him to be that big and be able to move like he does. He plays like a bigger guard.”

Justin Smith: “How cerebral he is. He attacks, but he doesn’t really force anything. Guys his size have a tendency to get out of control and bull people over, but he uses his athleticism and body control to avoid defenders.”

How do you defend Zion Williamson?

Fact: Zion Williamson has scored 484 points this season. He averages getting to the foul line 6.2 times per game and 90 of his 484 points have come from the charity stripe. According to Synergy, he has scored 39 field goals in transition, 39 on offensive rebounds, 15 on spot-ups, 33 cutting to the basket, 20 on post-ups and 12 on isolation.

Jacob Kessler: “In an ideal world, make him a jump shooter and fill the gaps with help defense to make sure he doesn’t see any space. But the problem is also that if you do give him space, you’ll regret it because he’ll blow by you.”

George Blagojevic: “Force him to his weak hand, play off him a little bit and get into position to take the charge – which is tough to do. Play off him, respect his shot but don’t play too close. Get ready for the drive.”

Myles Stephens: “Try and give him space, pack the lane so he sees bodies because if you play him 1-on-1, he’ll win every time. You have to try and force him to shoot it.” 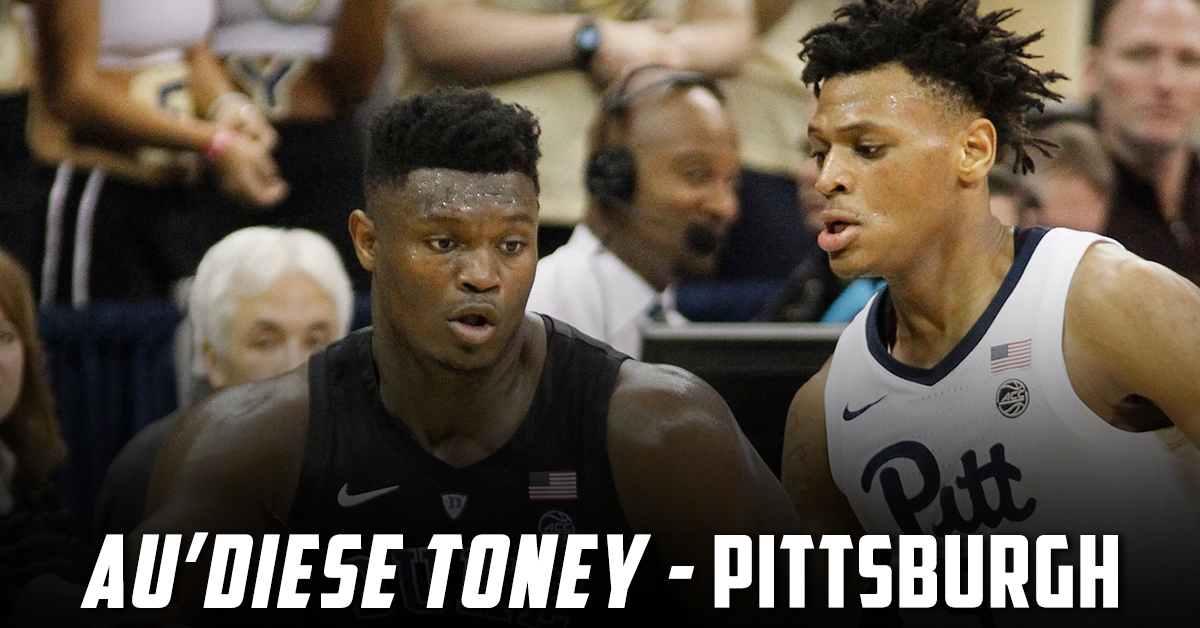 Au’Diese Toney: “Give him space and take away driving lanes. Let him beat you with pull-ups and shooting the ball. He can shoot it, but I’d rather them him beat me that way than going to the rim.”

Justin Smith: “Try to anticipate his moves, especially going to the right because he’s going to spin back left. Don’t really sag off him because you don’t want him to get a full head of steam.”

Tariq Owens (laughs): “It’s different. Honestly, I don’t really know. He’s so athletic, has such a quick first step and is so explosive. I think you have to do it as a team.”

Fact: Zion Williamson has made just 12-of-42 (29 percent) shots from beyond the arc this season.

Leo Goodman: “His shooting, but I think he understands that. That’s why he tries to get to the free throw line and beyond.”

Aamir Simms: “I’d probably say him driving and charging into guys. Sometimes he’s out of control when he drives to the basket.” 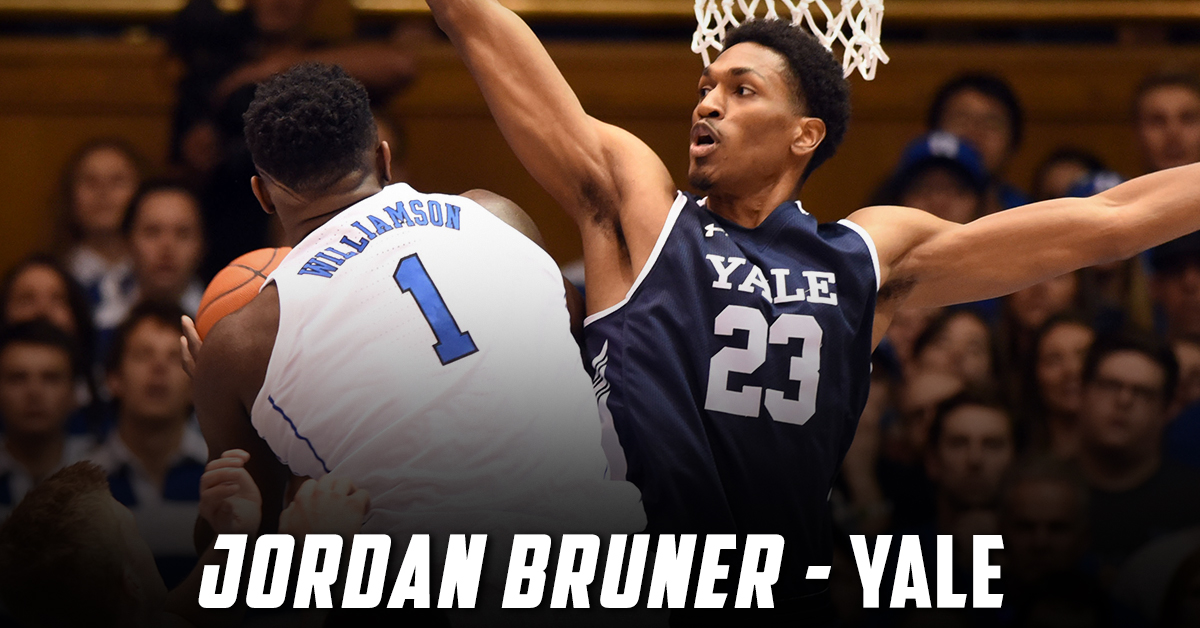 Jordan Bruner: “I don’t think his shot is broken. He just needs to get his confidence back with it. He’s inconsistent with his motor. I think once he turns his motor up to 100 percent all the time, that’ll take him to another level. Right now he uses his motor in spurts. It’s not there all the time.”

Chuma Okeke: “I feel like everyone says his shooting, but I’d say his handle. When we played and pressured him, he was losing the ball a little bit.”

Au’Diese Toney: “Creating to the right side and also shooting the ball.” 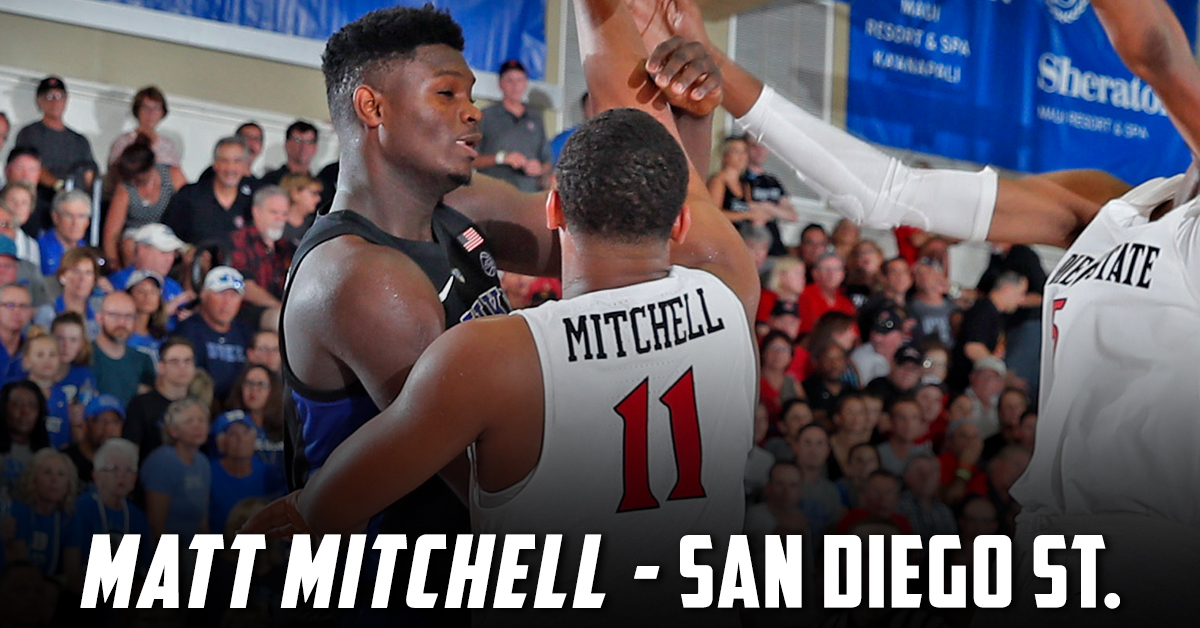 Matt Mitchell: “Maybe his shot off the dribble. We didn’t see much of that, it was more at the rim or catch and shoot.”

Who is the best comparison for Zion?

Leo Goodman: “I think he plays a lot like Shawn Kemp. They are both freak athletes the way they move.”

Jacob Kessler: “A few of the guys on the team were talking about that and we came up with two guys: Julius Randle – he’s more explosive, but has a lot of the same characteristics, and the other one is Blake Griffin.”

Aamir Simms: “With his physicality and his all-around game, I’d probably say LeBron due to his athleticism and his agility. He’s not LeBron, but he has some of the same attributes.”

Jordan Bruner: “Maybe Barkley because of his build, but Charles did it at a different level in a league where guys were much bigger. It’ll be interesting to see how he continues to progress.” 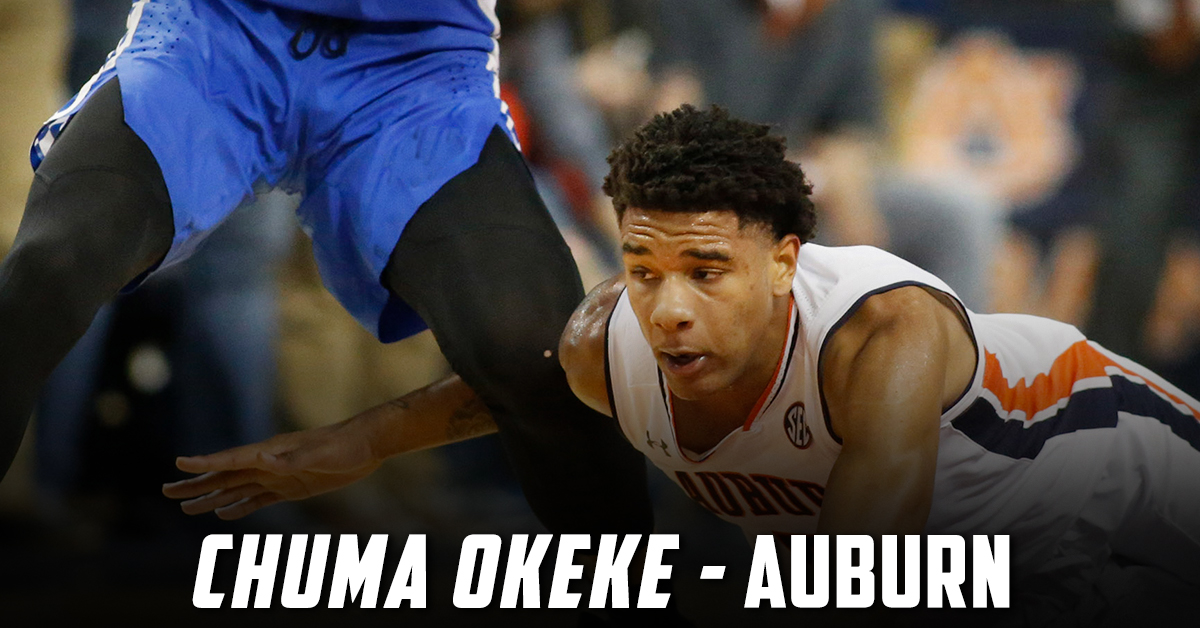 Chuma Okeke: “I don’t have one because he’s different than everybody else.”

What did you think of Zion and how he acted on the court, how he carries himself?

Fact: Zion Williamson has yet to pick up a technical this season. One referee who has worked multiple Duke games this season told Stadium that Williamson “never complains about anything, he just goes out and plays.”

George Blagojevic: “He was different than other high-profile players that think they are The Man. He’s quieter. He doesn’t shit-talk. I said something to him and he just smiled back.” 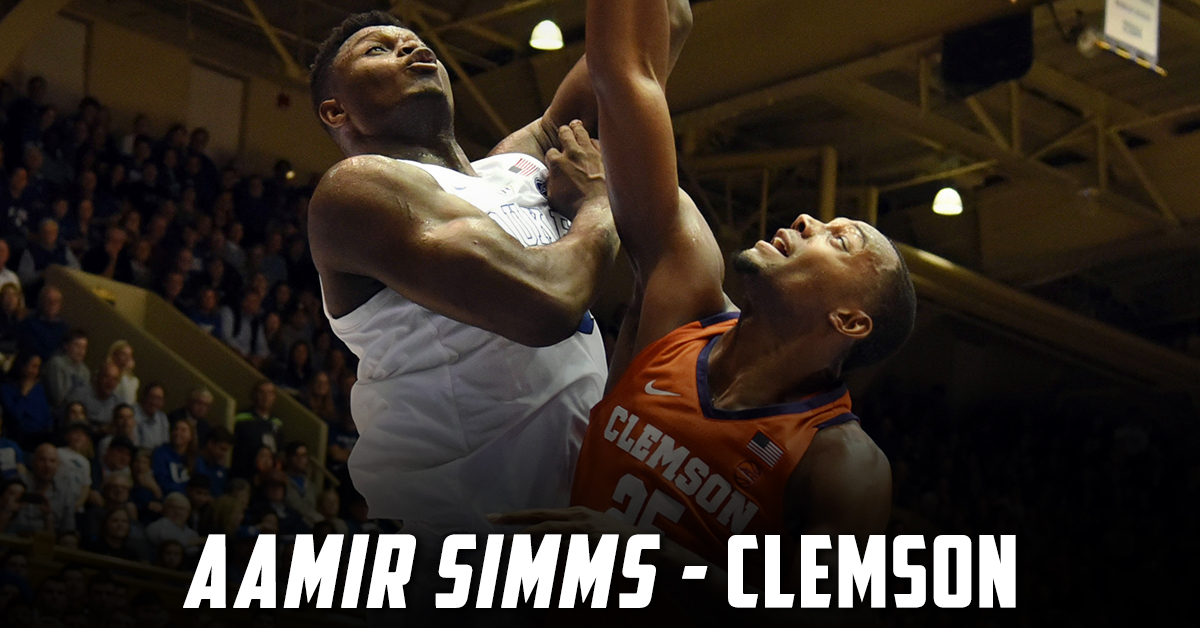 Jaylen Hoard: “On the court, he engages with his teammates. Off the court, he’s a regular kid. Humble. Some of the guys that are so highly rated are arrogant, but that’s not him.”

Myles Stephens: “He’s a nice kid, no trash talk. He’s passionate about the game, and when he makes a big play, he’ll get hyped. He’s a good kid. In the game, I accidentally elbowed him in the nose and he just continued to play. He didn’t say anything. He’s a super nice kid.”

Matt Mitchell: “You can tell he’s a great kid, and that he’s fun to be around. He’s a high-character kid whose teammates really feed off him – especially with the energy he brings.” 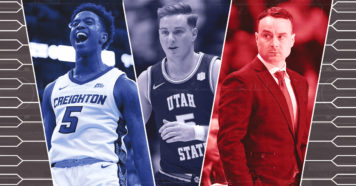 NCAA Tournament Projections As of Feb. 17

Things are looking up for Creighton and Utah State. Not so much for Indiana. 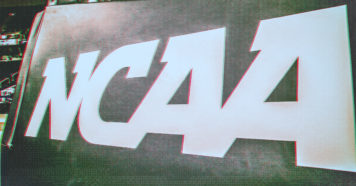 Could a One-Time Waiver Rule Be “the Death of College Basketball”?

Coaches are scrambling as the NCAA ponders a rule change.

NCAA Tournament Projections As of Feb. 21

A look at the current bracket and a breakdown of how the committee makes their decisions.