As the season begins, there are forty or so contenders dreaming of the Final Four. And yet, as we all know, it realistically boils down to about ten programs who can seriously start looking into travel plans for Houston. As I look up and down the bracket, I’m not sure I have found those ten teams yet. But what strikes me is the number of new teams we see at the top of the pack this year. Sure, we still have plenty of blue bloods in the bracket, but the new teams have caught my eye.

Let’s start with my No. 1 overall seed, the Houston Cougars. While Houston has certainly been prominent — and a really tough out — under Kelvin Sampson, it has been many years since they were number one in the country.

Another newcomer sits on the next line in Creighton. There is plenty of preseason hype due to the Bluejays taking national champion Kansas to the wire in last year’s NCAA Tournament despite being very shorthanded. Another reason for the optimism in Omaha is the addition of Baylor Scheierman, the three-point marksman who transferred from South Dakota State.

Then down to the third line is Indiana. I can hear you saying, “Indiana is a blue blood, you dope!” Yes, technically the Hoosiers are one of the legendary programs in college hoops, but it’s also true that they haven’t had a deep run in the tourney in a very long time.

And while Texas has flirted with a top-four seed and had some success over the past few years, recent rosters haven’t had the preseason hype that this team has. The lineup is strong, but the reason most think the Longhorns have a run in them in March is because of Chris Beard. Texas taking a trip from Austin to Houston in April is not a pipe dream. 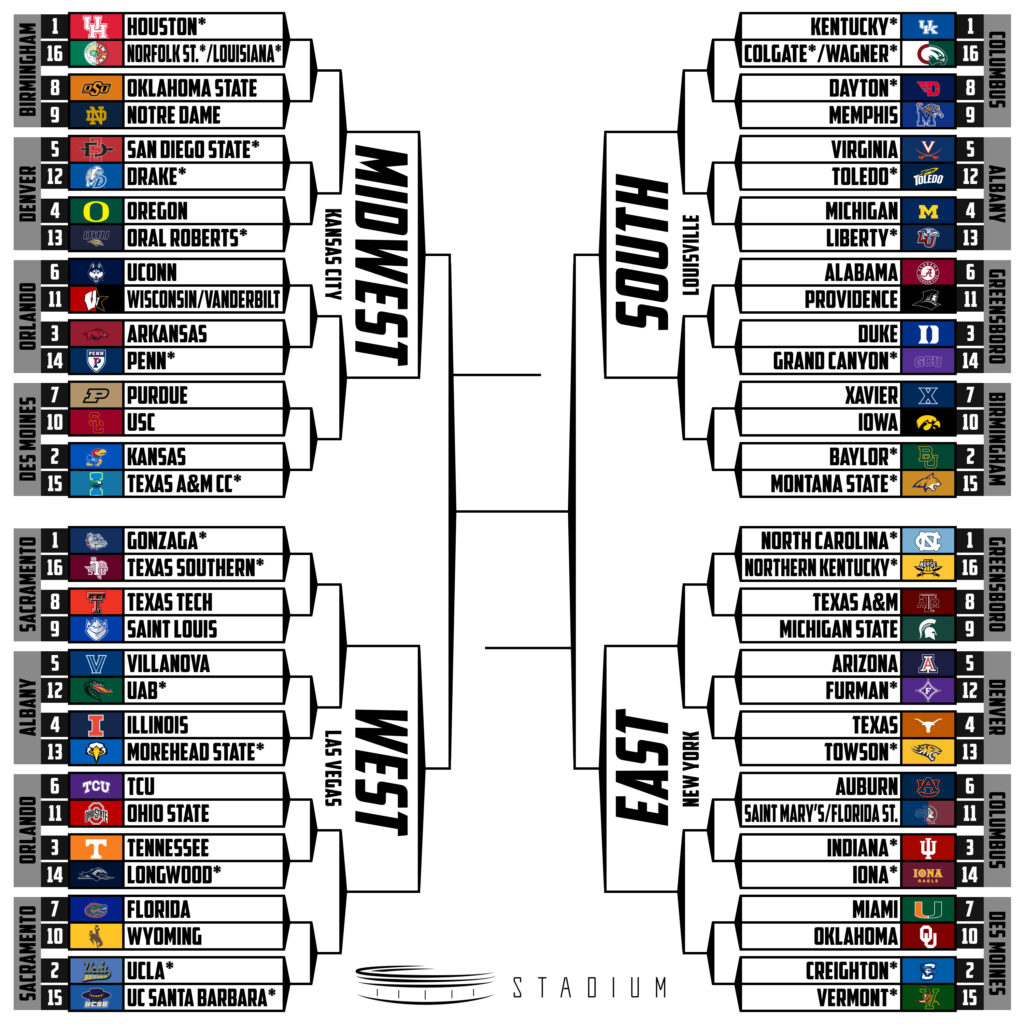 Make sure and follow me on Twitter @tkbrackets to get reaction to the college basketball season. And stay tuned for reports from me at the Maui Jim Maui Invitational.