FIU vs. Massachusetts prediction and game preview. Projecting who wins the game between the Panthers and Minutemen.

The Golden Panthers fell, 41-14, to Maryland last week and now return to UMass for a second consecutive year. Quarterback Alex McGough struggled and was banged-up, as redshirt freshman Maurice Alexander replaced him for a spell in the first half. McGough returned later in the first half, but Alexander played the entire second half. Head coach Ron Turner said McGough had stiffness in his lower back, so he was sat for precaution.

Meanwhile, Minutemen head coach Mark Whipple’s team stayed tight with Florida in the opener and put a little scare into BC last week, but the independent squad would like a victory to show that it can be a valuable member to a conference, such as the AAC. This is the second meeting between these schools. Last season, UMass recorded a 24-14 win in Amherst.

What To Know About FIU

Alex Gardner rushed for 109 yards and scored on a four-yard run in the second quarter against Maryland, as the Golden Panthers found success on the ground. Gardner had over 100 yards in the first half. However, FIU had only 57 passing yards. Starting quarterback Alex McGough was injured, which prompted dual-threat quarterback Maurice Alexander to be summoned. He went 9-of-18 passing against the Terps.

The Minutemen shockingly were able to hang around with Florida in Week 1 and only lost by a 24-7 margin. Whipple and his staff were hoping to build on that effort in Week 2 when they faced Boston College, but the Eagles were able to beat the Minutemen 26-7 for their first win in 10 games. Ross Comis went just 11 of 28 through the air for 145 yards and a touchdown. He also had a pair of first-half fumbles and threw an interception in the third quarter.

Offense: FIU. The ground game is strong, although it will face a solid UMass defense.

Defense: UMass. Whipple likes his defensive front, which did not back down against UF.

Special Teams: FIU. UMass has one of the worst special teams efficiency ratings after two weeks of play.

Coaching: FIU. Ron Turner has taken a team to the Sugar Bowl, and he’s trying to build off of a five-win campaign.

Intangibles: FIU. The Golden Panthers need this non-conference revenge win if they want to crack that six-win mark.

This matchup will be interesting to watch because the Golden Panthers were able to move the ball on the ground against the Terps. But that UMass defensive front held its own against UF in the opener.

Points will be hard to come by in this matchup. The difference will be the Golden Panthers’ rushing attack, which will ultimately wear down a sound Minutemen defensive front. UMass loses another tightly-fought battle. 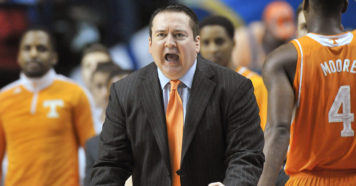 Yesterday we covered the 10 best college basketball head coaching hires this decade. Now it’s time for the 10 worst. Ironically, three schools that were on the list of 10 best hires are also on the list of the 10 worst hires and one school made this list for two different hires. Worst hires in […] 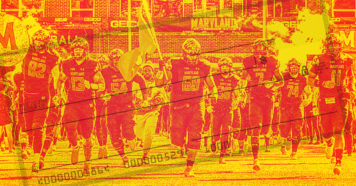 Is Your School Receiving Top Money for Its Football Stadium Naming Rights?

The market says that a school can sign a deal for its football stadium’s naming rights that can yield upwards of $1 million annually. 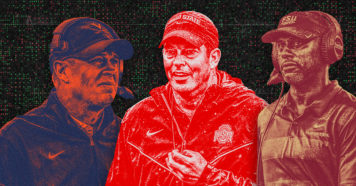 College football is finally back!