The 6-foot-5 point guard, who averaged 11.2 points and 5.6 assists this past season in Gainesville, told Stadium that he chose Mark Few and the ‘Zags over USC, Memphis, Duke, Georgetown and Stanford.

“It was a very difficult decision. I couldn’t have gone wrong with any of the schools, but Gonzaga just checked all the boxes,” Nembhard said on Tuesday morning. “I just felt comfortable.”

Nembhard said there were several keys, including that Gonzaga recruited him out of high school so he was already familiar with the coaching staff and the program.

Nembhard, who hails from Canada, also mentioned the success that Few and the staff have had with Canadians and also with transfers, including those who have sat out a year.

Kyle Wiltjer, Kevin Pangos, Kelly Olynyk and Brandon Clarke all hail from Canada. The track record Gonzaga has had with transfers is lengthy, dating back to the days of Dan Dickau and Micah Downs, and continuing through a year ago with Ryan Woolridge and Admon Gilder.

“I’m definitely going to sit out this season,” he said. “They have a track record with players who have sat out, and they have a great program and plan in place.”

Nembhard said that he’ll focus on his body, improving his athleticism and also his perimeter shot in the next year before he becomes eligible for the ‘Zags.

“I loved my time at Florida,” Nembhard said. “I’m going to miss the coaches and my teammates, but I just felt as though Gonzaga will be a better fit for me.” 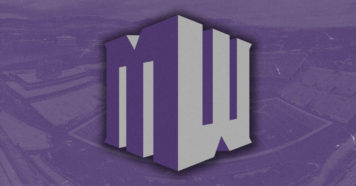 The conference will consider playing football in the spring.