The 2019-20 college basketball season has been one of the most exciting we have seen in many years. And last week did not disappoint. We saw losses by two of the top seeds (Duke and Butler), several buzzer-beaters and exciting comebacks in the final minute by Boise State and Creighton.

Because the middle and the bottom part of the bracket remains so bunched, teams are moving up and down the bracket several seed lines at a time. Teams who made big gains this week were Penn State, Arizona, Houston and USC.

The following stat amplifies the parity this year. In our current bracket, 42 teams are seeded from the two line to the eleven line. Of those 42 teams, 35 have between three and five losses. This shows why a couple of losses here and a couple of wins there can necessitate a complete reshuffling of the bracket. 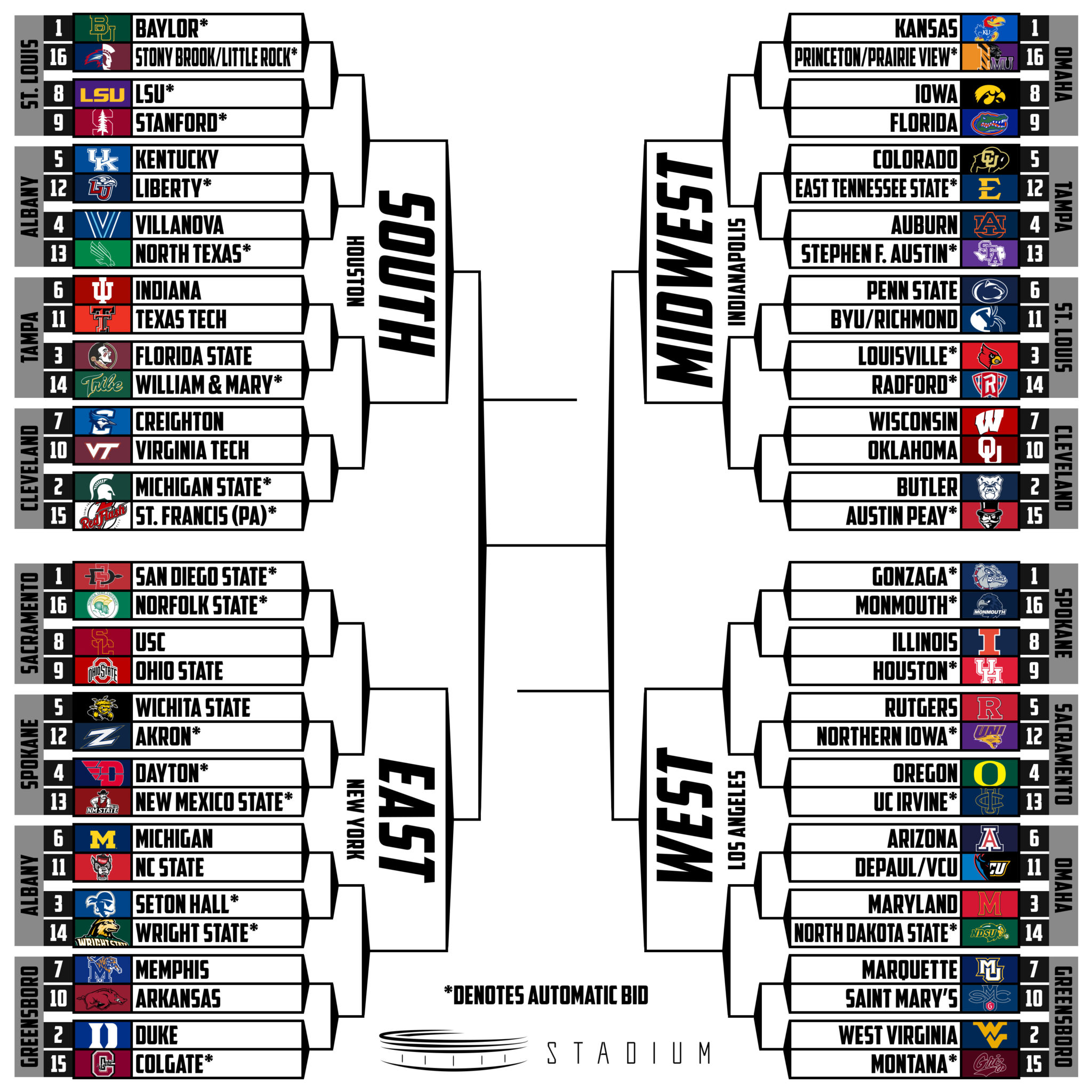 Tip of the cap to this team: Louisville. It’s really hard to play in a power conference, have the #8 strength of schedule and a 15-3 record and be under the radar. But that’s what I feel the Cards have done. That is until Saturday when they went into Duke and defeated the Blue Devils handily. Louisville went 2-2 in Q1 and Q2 non-con games but has taken care of business since entering league play with only a loss to Florida State. Look for Chris Mack’s team to continue to climb up the bracket as the rest of their ACC schedule is very soft. I wouldn’t be shocked to see the Cards run the table.

Best team: With losses by Duke and Butler, Baylor has ascended to the No. 1 overall seed. The Bears have a great opportunity to stay there as their conference schedule provides them with a mix of very winnable games and high-caliber matchups with Kansas and West Virginia which will keep their resume strong.

Off the bracket but maybe not for long: The teams off the bracket all have major flaws so it’s really a crap shoot to say anyone will be back in the bracket soon. I’ll go with a longshot and say St. John’s. Mike Anderson has brought his full-court pressure, up-tempo game to Jamaica. And while the Red Storm have only one league win, they have been very competitive in league play and have plenty of chances for high-quality wins in the tough Big East.

A pleasant surprise: Rutgers. They have been a big surprise not only in the difficult Big Ten but really in all of college basketball. The RAC has been rocking, which has given the Scarlet Knights a tremendous home-court advantage. But the word is out, so Rutgers will not be overlooked by anyone the rest of the season.