There is a high level of anticipation for the tip-off of this year’s college basketball season. Expectations always run high as the 30 or so teams who have a legitimate shot at a Final Four berth get their seasons under way. But there is no doubt most of us are looking forward to the season for one main reason: The fans are back!

While last year’s NCAA Tournament was as exciting as ever, playing games in empty arenas left us all a little, well, empty. It will be great seeing Cameron Indoor Stadium and Allen Fieldhouse rocking again. And seeing venues across the country filled with rabid hoops fans will be something we will all appreciate in a new way.

The first bracket of the season is a bit of a guessing game. The initial shot at ranking the best teams is never an exact science, and it rarely mirrors the brackets in March. The transfer portal has changed the way teams are now put together, making an initial bracket even more of a crap-shoot. Factor in the additional year of eligibility that many players took advantage of, and this season could see more surprises than normal.

This is evident at the top of the bracket where teams with questions sit. Can UCLA continue the magic from its Final Four run last year? Will new coach Chris Beard take the Longhorns straight to the top? Was last year just a COVID-19 blip for traditional powers Kentucky and Duke? We will soon start getting answers, especially when the early season tourneys conclude. Look for an updated bracket to come out right after Thanksgiving. 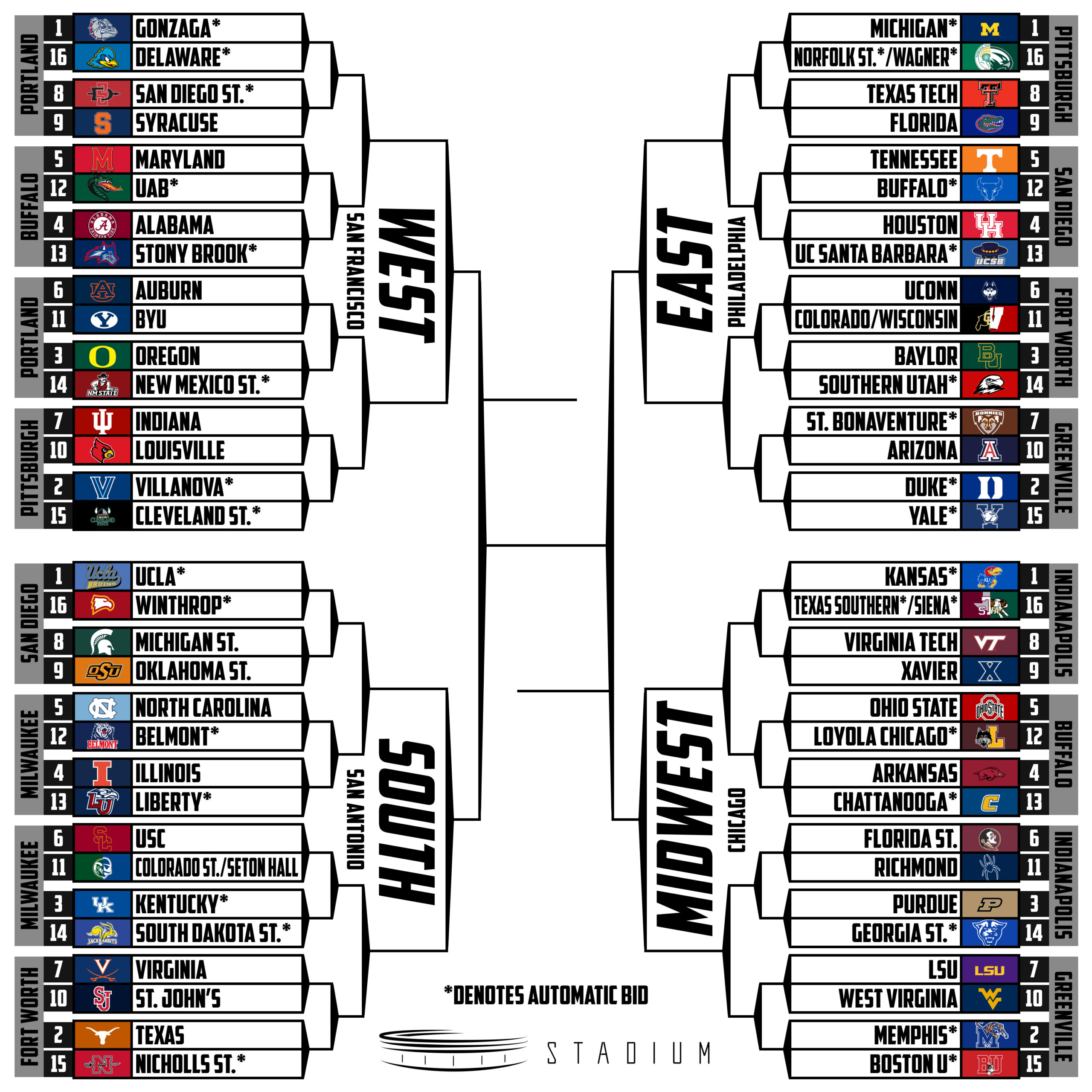 MORE: 68 Storylines to Follow in College Basketball This Season