After a very crazy first few weeks, we thought by Christmas things would have settled down. We couldn’t have been more wrong.

It looks like a great number of teams have a chance to make it to the Final Four. It also looks like some of the blue bloods of the game – teams you could always pencil in for a spot on one of the top four lines – will be struggling to make the field.

Ok, maybe it’s a bit early to jump to that conclusion. But it does shock you to see a North Carolina team not in the field. It also stuns you to see a Kentucky team dangerously close to the play-in game. But that’s where we sit this year, just hours before Santa climbs down the chimney.

Conference play should be unreal this year. With the parity that abounds, holding serve on your home court will be a must. If you do that and steal a few on the road, any team in the Power Six can find themselves at the top of their league. Games that you may not have thought would be at all intriguing when you looked at the schedule in October, now may decide the fate of many teams in the best leagues in the land. 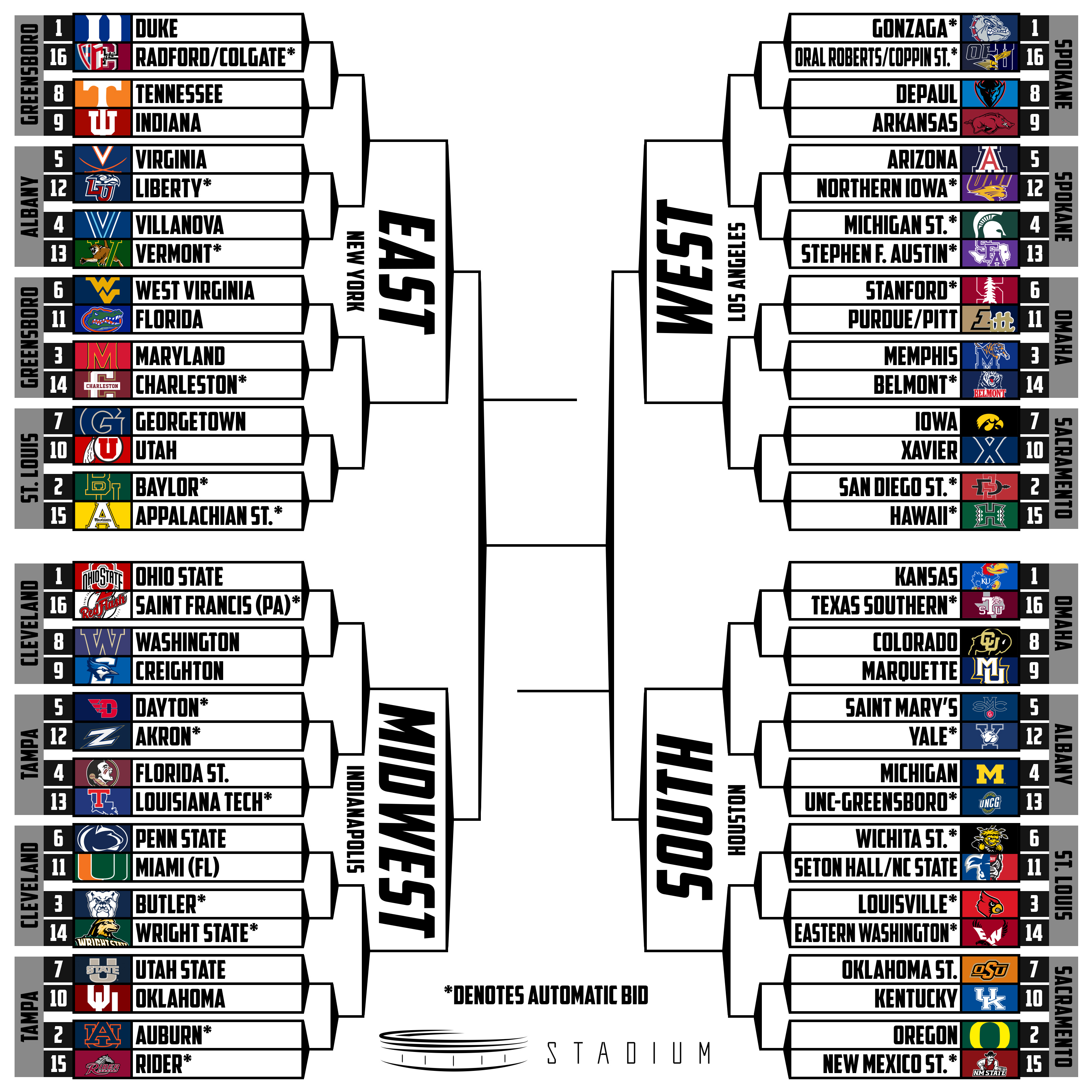 Tip of the cap to this team: Oregon. Sure, most thought the Ducks had a good shot at getting one of the top 16 seeds. But when you look at the gauntlet they have gone through in the past few weeks (which included a win at Michigan), you have to be impressed. Payton Pritchard is making a strong case for first team All-American honors. What a joy he is to watch.

Best team: This is tough. One could go with Gonzaga, who has beaten some tough teams including Oregon, Arizona and North Carolina. The only reason I don’t have them No. 1 overall is that their non-con SOS is a bit weak. I currently have Duke as the No. 1 overall. Everyone just wants to talk about the loss to S.F. Austin (a decent team, by the way, with a NET of 64), but the Blue Devils have played steady since then. They also have the two most impressive wins of any team, beating Kansas and taking down Michigan State handily on the road.

Biggest shock: That North Carolina is out of the field. Yes, injuries, but still.

In the bracket but an underachiever: Purdue. After losing Carson Edwards, it wasn’t going to be easy. The Boilers have shown flashes of being really good (beating Virginia) but they are an easy choice for underachiever after losing to Nebraska, who is just not very good.

Off the bracket but maybe not for long: Texas Tech. With Jahmi’us Ramsey back in the lineup, the Red Raiders could run off several in a row and be back in the field.

A pleasant surprise: Wichita State. The Shockers beat a good VCU team over the weekend and currently rank 11th in the NET. The AAC will be a much deeper conference this year, but Gregg Marshall has his team off to a hot start.

Look for the next updated bracket the Monday after New Year’s when conference play kicks off for most teams.
Follow me on twitter @tkbrackets. I will give you updates all season long as we make our way to Atlanta for the Final Four.