Here’s What the NCAA Tournament Bracket Looks Like Right Now

Happy New Year! And it really is a new year in this season with conference play beginning for most teams.

Over the weekend, we were treated to an in-state showdown between Michigan and Michigan State, a battle of Big East contenders in Villanova and Marquette, preseason favorites in the Mountain West as San Diego State and Utah State collided, and a matchup of high seeds between Kansas and West Virginia.

With so much parity in many of the leagues, every night will bring games that have bracket implications. This is setting up to be quite the season.

Here’s what the NCAA Tournament bracket looks like right now: 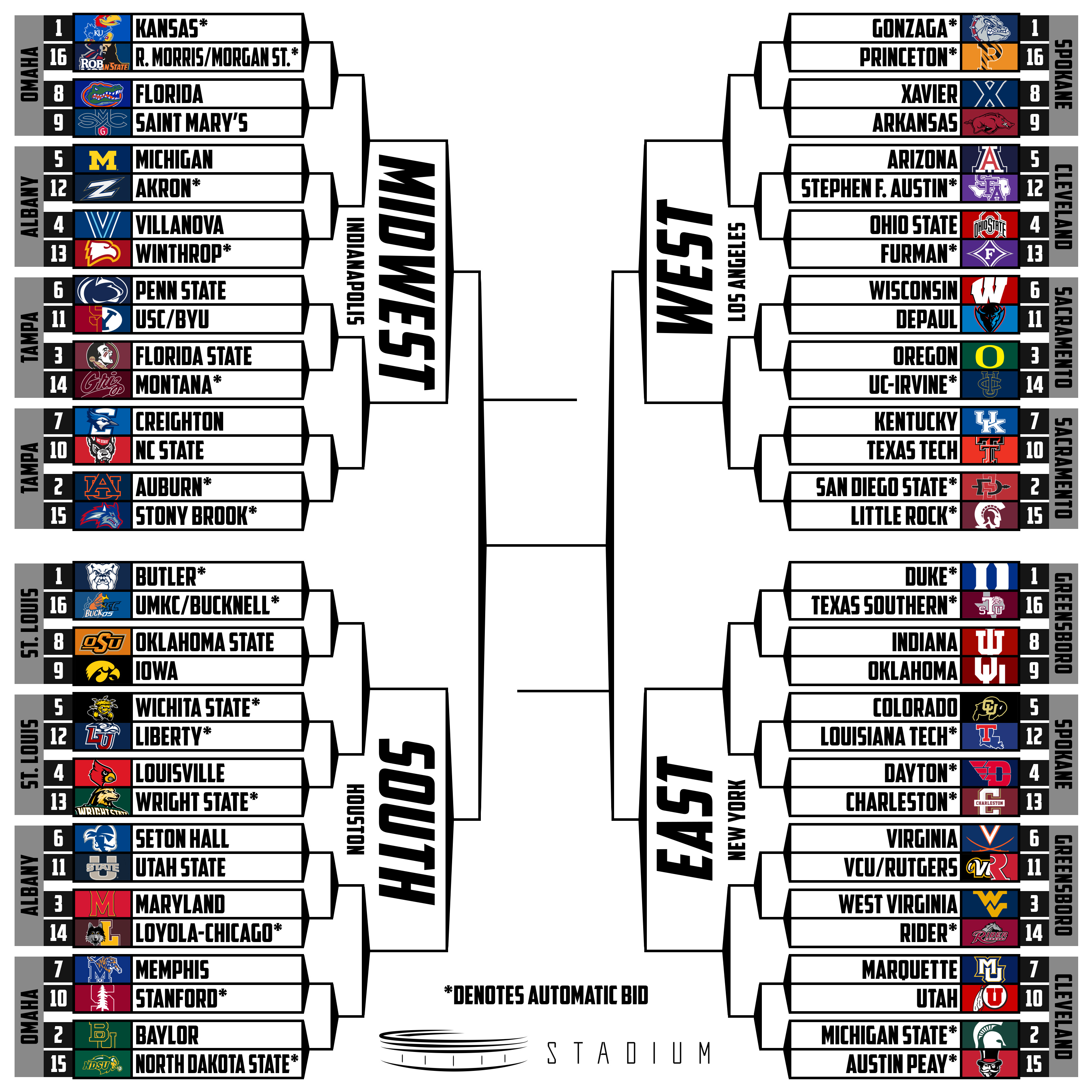 Tip of the cap to this team: Michigan State. The season started off rough, but the Spartans are hitting on all cylinders as of late. The most recent victim was in-state rival Michigan who they blasted on Sunday. With two of the next three at home, the Spartans could build a nice lead in the Big Ten.

Best team: Kansas has moved to the top line after knocking off West Virginia. Not only did that win vault the Jayhawks to the top, but it also prevented the Mountaineers from a potential one seed. No one should be surprised to see KU back on top of the league standings after falling short last season.

Biggest shock: For the second bracket in a row it’s that North Carolina is out of the field. Even with their injuries, it’s a shock.

In the bracket but an underachiever: Florida. Many – including myself – thought the Gators would be in line for one of the top seeds, but Mike White’s team has gotten off to a sluggish start. Winning in double overtime over Alabama was a must, but if they want to make a move up the bracket they have to get some big wins. The Gators have three winnable games before they face Auburn on Jan. 18th.

Off the bracket but maybe not for long: LSU. The up-and-down season for the Tigers rolls along. A huge win on the road at Tennessee Saturday has moved the Tigers to the “first team out” slot. With two winnable games at home up next, look for LSU to move back into the field next week.

A pleasant surprise: Penn State. Most thought this season was a great opportunity for the Nittany Lions to reach the big dance. It’s one thing to be projected to win and quite another to get it done. But after a thrilling win over Iowa on Saturday, they’re certainly getting it done. Penn State has moved all the way up to a six seed this week and have Rutgers and Wisconsin up next in the constantly challenging Big Ten.