The Holy Cross Crusaders will play host to the Bryant Bulldogs on Saturday in the final non-conference matchup for both teams.

The Crusaders (3-4, 1-2 PL) are coming off their first conference win of the season after pitching a 42-0 shutout against Lafayette last week. Peter Pujals put up a big performance for Holy Cross, completing 27-of-36 pass attempts for 358 yards and a career-high six touchdowns. One of his top targets, Brendan Flaherty, reeled in seven passes for 95 yards and tied a school record with four touchdown receptions. The Crusaders defense also had a hand in this one, allowing the Leopards just 250 yards of total offense and forcing four turnovers.

The Bulldogs (4-3, 2-1 NEC) have won back-to-back games after holding on to beat St. Francis U 26-24 last week. Bryant received a major contribution from its special teams unit. Jose Depadua returned the opening kickoff 93-yards to the house and Brandon Owens scooped up a blocked punt and returned it for a touchdown. A St. Francis U score brought it within two with 1:31 left in the game, but the two-point conversion attempt was unsuccessful, sealing the win for Bryant.

Saturday marks just the second time Holy Cross and Bryant will meet up all-time. The Bulldogs took the first meeting two years ago, defeating the Crusaders 17-16 at home.

Below is everything you need to know about the Holy Cross vs. Bryant online live stream and game broadcast. 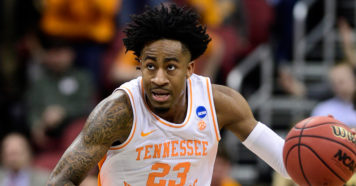 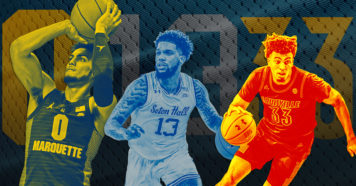