Houston vs. UConn prediction roundtable with the Campus Insiders staff. Breaking down what will happen in Thursday night’s matchup between the Cougars and Huskies deep in the heart of Texas.

Dinged up shoulder be damned, Greg Ward Jr. was back to his usual self in Houston’s 64-3 evisceration of Texas State last week. Ward went 20-for-26 for 289 yards and two touchdowns. He also rushed seven times for 39 yards and another touchdown. If not for another dynamic dual-threat quarterback in Louisville and a missed game in Week 2, Ward would certainly be atop the Heisman hype totem.

On the other sideline is UConn. The Huskies have traded wins and losses each week, coming up just short against Syracuse last week. UConn fell behind, 14-0, early before battling back and making it a game. Alas, their late rally fell just short.

Here’s how Campus Insiders’ editors and writers predict this AAC contest between Houston and UConn will play out.

We can all agree that the Cougars are going to slay here, right? Okay. Moving on: The over/under for this game is 50.5. Every one of Houston’s games have gone over that mark except for a 42-0 shutout of Lamar. Taking the over feels like a pretty safe play.

Let’s get real here. UConn has the No. 98-ranked rushing attack in the country. Ed Oliver is going to take his napkin, tuck it into his shirt and eat like he’s at a 5-star buffet. Houston’s defensive line will demolish the Huskies’ offensive line. Greg Ward Jr. will be himself and will rack up at least 200 passing yards and three touchdowns. This one won’t be close. As Mr. Bass said above, I’d bet on the over here.

Houston’s rush defense is very stout, while UConn loves to play ball-control offense and run the football. Keeping the Cougars’ offense off of the field will be the goal for the Huskies, but Bob Diaco’s squad will be put in too many unenviable third-and-long situations. The Huskies’ passing attack just isn’t prolific enough to keep up with the Houston offense, which has way too much firepower to get upset in this one.

Since Jim Calhoun retired, UConn has not missed a beat in basketball. The same can’t be said for the Huskies football program since Randy Edsall left. Still, UConn somehow found a way to beat Houston last year, ending the Cougars hopes of a perfect season. Don’t expect that to happen this time around. Greg Ward Jr. will have a field day and Houston will get the best kind of revenge: a blowout victory. 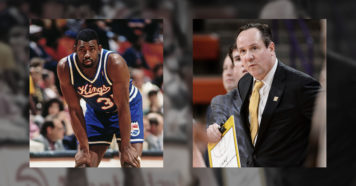