Baylor is one of two unbeatens left and the co-favorites to cut down the nets in Indianapolis come April. That part is clear to just about everyone who has paid attention to college basketball for the past year or so.

But what isn’t as well-known is how Bears head coach Scott Drew and his staff — Jerome Tang, John Jakus, Alvin Brooks III and Jared Nuness — have put together this squad.

There’s no top-50 recruit on this roster. In fact, there are two players that had just a single D-1 scholarship offer coming out of high school, two who didn’t grow up in the United States and one who committed way back in 2013.

It now feels like an eternity ago that Drew was considered a recruiter who couldn’t coach.

“The fact that people say Coach Drew can’t coach tears me apart,” senior Mark Vital told me. “He put all this together, and most of us weren’t five-star guys.”

As for Baylor’s active roster, there are 12 scholarship players (Tristan Clark retired due to injuries, while Jackson Moffatt and Mark Paterson are walk-ons). Five student-athletes transferred into the program and seven came via high school.

What are the most important qualities that Baylor’s staff looks for when assembling its team?

“They are things every coach wants. But I think because we’ve had success with guys like Royce O’Neale, Taurean Prince and Pierre Jackson — three guys who have all played in the NBA — it makes it a little easier to go against the grain.”

Listed in the order of when they committed to Drew and the university, here’s how the 2020-21 Bears arrived in Waco.

“He was a freak,” Drew said of a young Vital. “I knew he was going to keep working, too. He was so physical and athletic. And even then, he was a dog on defense.”

How does a kid from Austin get to Waco?

“I had a rough high school career,” the former Westlake product told me. “I wanted to get out of Austin, but I wanted to stay in Texas.”

“The beginning was a struggle,” Flo Thamba said.

“But with each success came some adversity. And as a team, we weren’t in the top 25 when I first got here. We had to grind it out, but that’s what has made us who we are today.”

“There weren’t a lot of schools interested to be honest,” Mitchell admitted…

“All of the sudden, Baylor came out of nowhere.”

Along with a Nebraska staffer, Tang was in Cincinnati to watch Teague in a workout at his high school, Walnut Hills. Tang would give a Bears-centric PowerPoint presentation to Teague before continuing to keep an eye on the athlete throughout the summer as he hooped with his All-Ohio Red AAU team.

“I didn’t play great,” Teague remembered. “And they never called me again.”

His parents wanted him to attend Baylor, and that played a significant part in his decision, even though schools like Florida, Texas A&M and Texas all showed interest. Turner would commit to the Bears in June of 2018.

“It just felt right,” Turner said. “Why wait when you know the school is right for you? Plus, it was close to home for me.”

When Scott Drew came to Riverside Academy back when Jared Butler was in the sixth grade, Butler’s father told him to go get a photo with the Bears head coach. Butler did it … reluctantly.

“My son is a point guard,” said Richard, Butler’s dad, as he took the picture.

Coming out of Duluth High as an under-the-radar prospect, Flagler carried a single Division I scholarship offer: Presbyterian.

Flagler hooped for a smaller AAU outfit run by his father, and says he played well, but the knock was his size and athleticism. “I could shoot the ball and score,” Flagler said. “But teams were hesitant to pull the trigger.”

Baylor came calling. So did Nebraska and Grand Canyon.

“I didn’t really know too much about Baylor, and they didn’t know much about me, either,” Tchatchoua said. “But I loved Coach Drew, and I did some research and found out that they really make their players better.”

When Jaden Ivey committed to Purdue, Cryer was sick to his stomach.

“After I went to Purdue on a visit, I wanted to commit,” Cryer recalled. “Then I took some time to decide, talked it over with my parents and next thing you know, Purdue took Jaden Ivey. It’s OK. Everything worked out.”

The skilled freshman from Brooklyn Park, Minn. sat out this season, but he came in as 247Sports’ No. 51 recruit in the country.

Dainja’s father played at Minnesota, but it was a connection with current Baylor special assistant and director of player development Jared Nuness that helped him get to Waco.

Loveday’s first offer came from Purdue in the summer prior to his sophomore season. He had Big East offers from Marquette and Xavier, a Michigan offer from John Beilein before he left for the NBA, and other offers from Ohio State and Indiana in the Big Ten.

“He was going to Michigan, and there was really no reason for us to even bother recruiting him,” Baylor assistant John Jakus said. “We had no shot … until Beilein left for Cleveland and the NBA.” 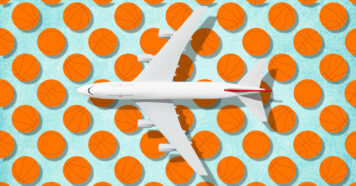 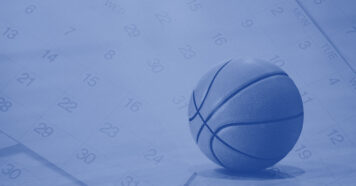