The Bucks recognized they needed to take advantage of Giannis Antetokounmpo’s superhuman abilities after he put up 26.9 points, 10.0 rebounds and 4.8 assists per game during the 2017-18 season. They also recognized Jason Kidd might not be the right fit at head coach to bring out the best in their young star.

After leading the Hawks to four straight postseason appearances, including a 60-win campaign in 2014-15, Budenholzer was gifted the opportunity to unlock one of the best players in the world.

And through two thirds of his first season in Milwaukee, the coach has turned Antetokounmpo into the best two-way player in basketball while leading the Bucks to the top of the Eastern Conference.

Antetokounmpo, who has been more efficient offensively this year, is putting up 27.0 points, 12.5 rebounds and 5.8 assists per game while playing three less minutes per contest.

His increased efficiency has a lot to do with his production in the paint. Here’s a breakdown of his shooting metrics compared from last season to this season.

In the new system, Antetokounmpo is no longer shooting midrange shots (considered the most inefficient in the game) at the rate he was. Even though he isn’t a strong 3-point shooter, Budenholzer has made it so Antetokounmpo’s midrange attempts come from behind the arc.

However, the biggest impact comes from additional shots closer to the basket. Antetokounmpo is taking well over half his shots near the hoop and even though he’s converting those shots at about the same percentage as last season, that additional volume has resulted in a big efficiency jump.

“The space that he has to play in the paint, to play at the basket, he finishes at such a high rate,” Budenholzer told Stadium before Monday’s game against the Bulls.

That high level of finishing has resulted in 24.3 percent of Antetokounmpo’s shots being dunk attempts, nearly double his rate from a season ago. According to basketball-reference.com, he’s tallied 197 dunks in 51 games this year. That’s already a career high.

On top of his scoring, Antetokounmpo is making his offensive presence felt in other ways.

“He’s doing an incredible job of being a playmaker and facilitating and finding shooters,” Budenholzer said. “Obviously, he deserves a ton of credit, but hopefully the shooting that he has around him is part of it.”

The Bucks have made the third most 3-pointers in the league despite ranking 17th in 3-point percentage. This is a result of chucking up 37.5 attempts per game, second in the league behind Houston.

“When you have a player like Giannis and [Eric Bledsoe] and Khris [Middleton] that can all get to the paint, to surround that with shooting is critical,” Budenholzer revealed.

Milwaukee has six rotation players shooting above 37 percent from behind the arc and added another perimeter threat at the trade deadline in Nikola Mirotic. The team has already made and attempted more 3s this season than it did all of last year.

All the shooting around Antetokounmpo has allowed him to evolve into a lethal creator. He’s generated 768 points off 298 assists in 51 games. If Antetokounmpo plays 75 games (he’s already missed 4) and contributes at the same rate, he’ll generate a career-high 1,129 points off assists.

With Budenholzer’s presence, many around the league expected Antetokounmpo’s offensive numbers to improve. However, it’s been his growth on the defensive end that has vaulted the forward into the conversation for the best two-way player in the game.

“I think it’s just locking in and giving it a lot of focus, a lot of effort,” Budenholzer said regarding Antetokounmpo’s defensive prowess. “[I’ve] really encouraged him and pushed him to take his game defensively to another level, [I] feel like he’s done it.”

Every single one of Antetokounmpo’s advanced defensive metrics point to a career season on that end.

“His activity in the paint, blocking shots, rebounding, the paring of he and Brook [Lopez] has been really good on the boards,” Budenholzer said. “He’s just gifted. Just like he can do amazing things offensively, he can do the same things defensively.”

Milwaukee has emerged from a fringe playoff team to a championship contender behind its defensive dominance.

With Antetokounmpo leading the way, the Bucks are first in opponent field goal percentage and seventh in points allowed per game. This has translated to the best point differential in the league at +9.7 through Feb. 11. For comparison, the 73-win Warriors held a +10.8 differential.

If you still have doubts about Milwaukee’s decision to hire Budenholzer, keep this in mind:

The only question now is whether Budenholzer and Antetokounmpo can lead the Bucks to the NBA Finals. 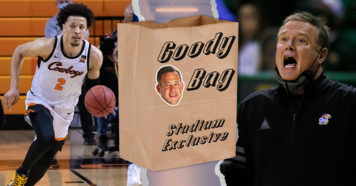 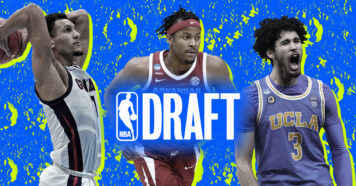 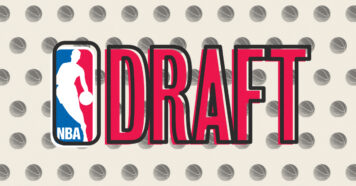 Houston, we have liftoff.