Idaho vs. Louisiana-Monroe prediction and game preview. Projecting who wins the matchup between the Vandals and Warhawks.

The Vandals and the Warhawks have been humbled in non-conference play by the likes of Washington, Oklahoma and Auburn. It’s time for both teams to use those lopsided losses as learning tools as Sun Belt Conference play resumes in earnest. Idaho actually dropped its league opener a week ago, bowing to Troy, 34-13, following an impressive upset of UNLV in Las Vegas a week earlier. Louisiana-Monroe and rookie head coach Matt Viator are thrilled to be back home for the first time in over a month after being humbled in consecutive games by the Sooners, Georgia Southern and the Tigers this past weekend at Jordan-Hare Stadium.

The Vandals are making incremental strides for Paul Petrino, small though they may be. Idaho lacks the defensive stoppers to compete at a high level, allowing more than 39 points per game. Instead, the team will lean on the backfield of QB Matt Linehan and RB Aaron Duckworth. Linehan can make plays with his feet when pressured, while Duckworth possesses the durability to handle the feature role. The juniors will want to attack a Warhawk defense that’s been soft in all areas and has posted just eight sacks.

What to Know About Louisiana-Monroe

The Warhawks are off to a terrible start. To be fair, though, they were completely manhandled by Oklahoma and Auburn, which has slanted the season stats. Yet, against a pretty good Georgia Southern team, ULM only lost by two points on the road. The Warhawks will only go as far as QB Garrett Smith can take them. The sophomore leads the team in rushing while also throwing for seven scores, three to classmate Marcus Green. On defense, WLB David Griffith is cleaning up the most messes, leading the team with 31.5 tackles and six stops for minus yards.

Offense: Louisiana-Monroe. It’s close, but the Warhawks get the nod on better overall line play and more pop in the passing game.

Defense: Push. Neither team is currently in a position to win games with defense in 2016.

Coaching: Idaho. Viator is no slouch, but Petrino is a talented offensive coach whose ability transcends his current limitations in Moscow.

Intangibles: Louisiana-Monroe. The Warhawks will be refreshed and recharged to be back at Malone Stadium after spending the past month on the road.

The Warhawk receivers vs. the Vandal defensive backs

Idaho has already yielded 14 touchdown passes in its first five games. That’s a sign of impending problems against Smith and a deep and capable corps of receivers that includes Green, R.J. Turner, Ajalen Holley and Xavier Brown.

Spread: Louisiana-Monroe -4
Over/Under: No line (as of posting)

The Warhawks will be fired up to be playing in front of the home crowd for the first time since the Sept. 3 opener with Southern. Louisiana-Monroe will take its lead from Smith, who’ll use his feet, his arm and his moxie to put dents in a beatable Idaho defense. The Vandals will try to counter with Linehan and Duckworth, but it won’t be enough on the road. ULM will use an inspired defensive effort and three total scores from Smith to snap the three-game losing skid. 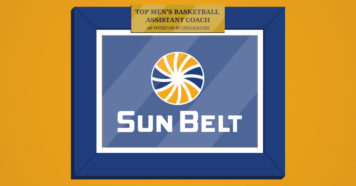