Iona will now lay claim to arguably the best coach in college basketball.

Say what you want about the off-court incidents that were ultimately his undoing at Louisville, but Rick Pitino is a Hall of Famer who has won a pair of national titles, and has gone to seven Final Fours.

“If I had to bet my life on one game, he’s the guy I want on the sidelines,” added another veteran head coach.

We all know by now that the only reason Iona was able to land Pitino was because there weren’t really any other buyers. URI’s president wouldn’t sign off on it a couple years ago, UNLV wanted no part of him last March and Grand Canyon wasn’t willing to roll the dice after making a move with Dan Majerle earlier the week.

He was run out of college basketball just prior to the 2017 campaign after what was the final straw and couldn’t get back in.

There was the Karen Sypher extortion attempt back in 2009, but he survived that one. Then came the whole stripper-in-the-dorms Katina Powell deal from 2010 to 2014 where Pitino claimed he had no knowledge of the transgressions taking place at Minardi Hall.

Then-Louisville AD Tom Jurich saved him from that one, also.

But not even Jurich could save him when Louisville’s name was caught up in the federal investigation, when an Adidas executive paid the father of signee Brian Bowen $20,000 of what was supposed to ultimately be an $100,000 deal to steer Bowen to Louisville.

Pitino denied having any knowledge. Again.

But it didn’t matter. Louisville was fed up with all the drama, and that was it. He was done. It wasn’t about the federal investigation. It was about the totality of it all.

Pitino has tried to get back in college or the NBA, but no one would bite.

He’s been in Greece coaching the last couple of years, and we all know how it ended the last time he coached guys who were earning actual paychecks in Boston.

“His style just wears on us,” one of his players at Panathinaikos said to me on Saturday. “It’s just too much, but it’ll work in college because those guys want to get to the pros and they know he can get them there.”

Iona rolled the dice, and the timing is a bit surprising since the NCAA appears close to doling out punishments from the federal investigations. The conversations between Pitino’s camp and Iona had been ongoing for a while, per a source, and Pitino values being close to his family and wanted to coach somewhere that he feels wanted. The school president, Seemus Carey, used to work at Transylvania University in Lexington, Kentucky, and is close with Pitino’s business partner, Rick Avare. Pitino also has a 20-year relationship with Iona’s biggest booster, Bob LaPenta, that includes owning race horses together.

It’s well worth the risk for Iona, a mid-major that went to the NCAA Tournament six times in a 10-year span under Tim Cluess – who stepped down due to health reasons.

Pitino is built for the college game, but this will be different. Now he’ll have to deal with games on ESPN3 instead of ESPN, bus trips instead of charters and low-level officials instead of the best referees in the country.

The last time he coached at this level was four decades ago at Boston University.

“Who’s he gonna hire?” was the question asked by multiple head coaches in the MAAC on Saturday after the news became official.

He could hire my 16-year-old daughter on his staff and he’s still going to get players. As long as he has players, he’s going to win games.

Lots and lots of games.

Iona will lose his top two players and who knows whether Isaiah Washington – who transferred to the Gaels from Minnesota, where he played for Richard Pitino — will stick around.

But Pitino will find a way – even if Iona isn’t considered one of the top three jobs in the MAAC. It’s behind Quinnipiac, Siena and Monmouth, and you can even make a case Fairfield and Monmouth are better right now.

I talked to Siena coach Carmen Maciariello shortly after the news broke. Siena won the league this past season in Maciariello’s first year as the head coach. He seemed excited at the prospect of having someone of Pitino’s stature in the league.

“It’s great,” he said. “I want to compete against the best, and get better. It’s a chance to make all of us better coaches.”

“My passion in basketball started in New York and will end there at Iona College,” Pitino said in Iona’s announcement.

Pitino turns 68 shortly before the season is set to begin, so this looks as though it will be his swan song. He has two places – one in New York and one in Miami – and his son, Ryan, lives in the area and recently had a baby.

But with Pitino, the ultimate mind-changer, nothing is for certain. In fact, I’d still have a list of candidates ready to go if I was athletic director Matthew Glovaski because if Jim Larranaga, in his 70’s, decides to retire a year from now or Mike Anderson doesn’t love life in Queens, don’t be surprised to see Pitino make a run at either.

Now it’ll be that much easier for Pitino since he’s back in college hoops. 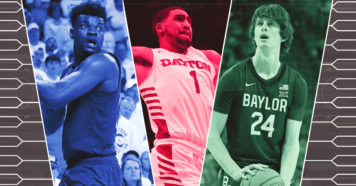 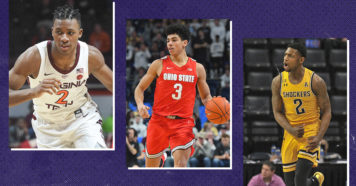