Iowa vs. North Dakota State prediction and game preview. Projecting who wins between the Hawkeyes and Bison.

The Big Ten won’t allow its members to schedule FCS teams beginning next season because it wants its teams to play more quality competition with the College Football Playoff now in play. That ban probably shouldn’t include North Dakota State, though, considering the Bison are better than a handful of FBS teams.

Let’s get one thing clear: Iowa is the superior team and is going to win this game. But NDSU, the five-time defending national champion and No. 1 team in FCS, might be able to hang with the Hawkeyes better than a low-level FBS team that likely will replace the Bison on future schedules.

What To Know About Iowa

Iowa, No. 13 in the latest AP Top 25, made easy work of Iowa State last week, taking the CyHawk Trophy with a 42-3 victory. The Hawkeyes’ offense hasn’t turned the ball over during their first two games with Akrum Wadley (8.1 yards per carry) and LeShun Daniels (7.8) running for three touchdowns apiece. The defense did allow 424 yards to Miami (OH), but that’s mainly because the offense scored so quickly and was on the field for most of the game. North Dakota State coach Chris Kleiman said Iowa will be the most complete team he’s faced in his five years at the school (including as an assistant), and it’s tough to argue with him.

What to Know About North Dakota State

The Bison fully expect to march into Iowa City and win, or at least be more than just competitive. They’ve won the last five FCS national championships and aren’t scared of facing FBS schools. Over the last nine years, NDSU has won at Minnesota (2007), at Kansas (’10), at Minnesota again (’11), at Colorado State (’12), at Kansas State (’13) and at Iowa State (’14). The Bison didn’t face an FBS team last year when they had quarterback Carson Wentz, who Philadelphia selected with the No. 2 overall pick in the NFL draft. None of this means they’ll beat the Hawkeyes, but the Bison won’t be pushovers.

Offense: Iowa – C.J. Beathard has a solid running game on which to rely, but he’s completing 66.7 percent of his passes with four touchdowns when called upon.

Defense: Iowa – NDSU quarterback Easton Stick presumably will be throwing away from Desmond King at every opportunity.

Special Teams: Iowa – King is always a threat in the return game, and the Bison could be punting a lot.

Coaching: Iowa – Kleiman is as good as they come in the FCS, but Ferentz still holds the edge in this matchup.

Intangibles: North Dakota State – The Bison have been in this position before and come out on top, but they haven’t quite seen a team like Iowa.

Iowa likely realizes it can throw on the Bison, who gave up 450 yards through the air against Eastern Washington’s pass-heavy offense in last week’s 50-44 win. If NDSU can stop the run early, Beathard might have to pass more than he expected.

The Bison make it interesting for a half, but Iowa pulls away rather easily behind Wadley and Daniels. There’s simply too much of a talent discrepancy for NDSU to overcome. 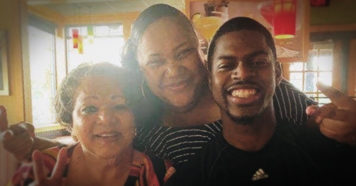