Over the weekend, the All-Star Mock Selection Committee met and for four days poured over resumes of some of the top teams in college basketball. And when the committee finished their work late Sunday afternoon, they crafted a bracket that came from the minds of some of the top bracketologists in the country.

I had the privilege of being a part of the committee and it was an experience like none other. Today, I share that final bracket with you to give you a look at what you may see next week when the NCAA committee releases the field of 68.

Here are some of the takeaways from the bracket:

• Wake Forest may have been over-seeded by many analysts. The committee took a great deal of time examining this team, and in the end, with just three wins against top-75 teams in the NET rankings, Wake lands in the last four in.

• The top four lines have the teams you would expect. For the last two seed, we finally settled on Wisconsin, dropping them one spot and moving Duke ahead of them after the Badgers lost to Nebraska. Villanova didn’t quite have enough to overtake Wisconsin, but as we know, things could change this week.

• No real surprises in the middle of the bracket but many people have asked about Murray State. The Racers landed on the eight-line after much debate, and it’s really not out of the question to see them move up one more line if teams around them fall.

• How much weight do you give the computer metrics? It seems that the committee will give more emphasis to them this year, but how much? That’s the huge question — and what makes bracketology such a challenging task.

Follow me on Twitter @tkbrackets to get updates to the bracket during championship week. As we lead up to the tournament, listen to my annual pre-tourney podcast, which breaks down the field and gives you tips on the bracket. 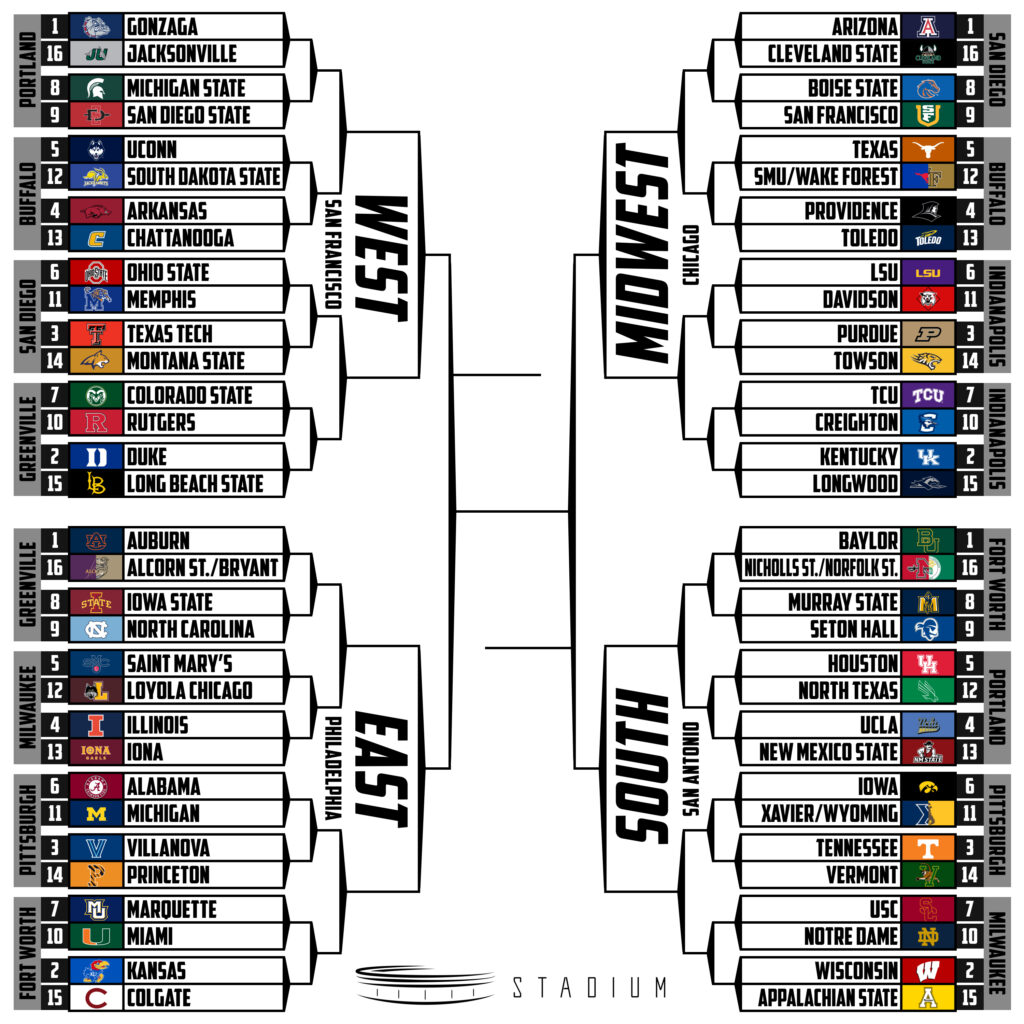