The Preseason National Player of the Year was a complete no-brainer, but picking my Preseason All-Americans was hardly an easy task.

There are just two freshmen on the trio of All-American teams, and the Big 12 is well represented with three players on the first team.

We’ve also given you a mid-major All-American squad. 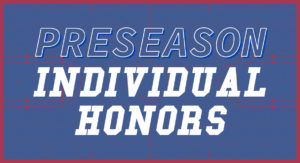 PLAYER OF THE YEAR | Luka Garza, Iowa
It’s difficult to choose anyone else. Garza was dominant last season, and my guess is he’ll be even better this year after working on his game all offseason.

FRESHMAN OF THE YEAR | Cade Cunningham, Oklahoma State
Cunningham comes in with plenty of well-deserved hype. He’s a guy who just impacts winning in so many different ways.

DEFENSIVE PLAYER OF THE YEAR | Marcus Garrett, Kansas
He’s a lockdown perimeter defender and has proven himself to be one of the best players in the country. 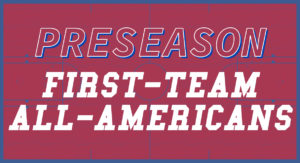 G – Cade Cunningham, 6-8, 220, Fr., Oklahoma State He enters college basketball as the top-ranked freshman and for good reason. He’s a big, strong, athletic, versatile guard who does virtually everything at a high level — including win games. He’s a guy who can run the point and make players better and also is able to attack and score. His lone drawback is his perimeter shot, but he’s able to use his strength and size to get to the basket and finish.
2019-20 Stats: N/A

G – Marcus Garrett, 6-5, 195, Sr., Kansas I like to reward defense, and Garrett was arguably the best perimeter defender in the country a year ago. He’ll have an expanded role this season as the primary point guard — an area he handled well a year ago when Devon Dotson was off the floor.
2019-20 Stats: 9.2 ppg, 4.6 apg, 4.5 rpg

PG – Jared Butler, 6-3, 190, Jr., Baylor He was the best offensive player on a Bears team that was one of the best in the country for most of last season. Butler is a scoring guard who can do it from all three levels and is also capable of making his teammates better.
2019-20 Stats: 16.0 ppg, 3.1 apg 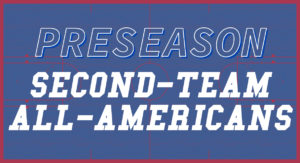 PF – Trayce Jackson-Davis, 6-9, 245, Soph., Indiana Led the Hoosiers in scoring, rebounding and blocks as a freshman, and should see increased production this year with a better point guard situation. Look for the hard-playing big man to be one of the best frontcourt guys in the country.
2019-20 Stats: 13.5 ppg, 8.4 rpg

PF – Trendon Watford, 6-9, 240, Soph., LSU With Skylar Mays and Emmitt Williams gone, expect for Watford to become even more of an offensive weapon this season. He’s a skilled forward who should make a major jump this season after flirting with staying in the NBA Draft this past offseason.
2019-20 Stats: 13.6 ppg, 7.2 rpg 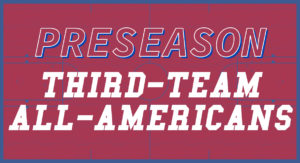 PF – Drew Timme, 6-10, 235, Soph., Gonzaga He’s a feisty forward who was extremely productive as a role guy a year ago, playing behind Filip Petrusev and Killian Tillie, who are both gone. Timme is a guy who can dominate in the paint and on the glass. He’s also capable of stepping out and making shots.
2019-20 Stats: 9.8 ppg, 5.4 rpg

C – Jeremiah Robinson-Earl, 6-9, 230, Soph., Villanova Was the Big East Freshman of the Year and nearly averaged a double-double. He’s a skilled forward who probably won’t put up eye-popping scoring numbers due to the abundance of talent in the program.
2019-20 Stats: 10.5 ppg, 9.4 rpg 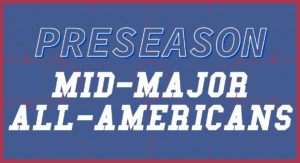 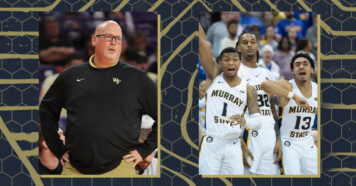