Now that the underclassmen and international players have declared for the NBA Draft, it’s time to unveil my latest mock draft. This is a combination of talking to more than a dozen NBA executives and also watching countless college basketball games.

Most NBA GMs aren’t exactly thrilled with the talent in this draft, especially at the top. While the depth is solid, there are no “can’t miss” guys like Zion Williamson or Ja Morant from a year ago.

He only played a few games before being suspended and ultimately leaving college, but that was plenty for the NBA GMs to see his combination of size, agility and athleticism. He’s still a work in progress on the offensive end, but he’d fit in perfectly with the Warriors as a shot-alterer who can run the court with ease and finish in transition and with lobs. The knock is that he’s a little soft, but he’s exactly what Golden State could use up front.

He’s a big, strong and athletic guard who wasn’t overly efficient, shooting 40 percent from the field and 29 percent from beyond the arc, but he’s capable of getting into the lane and finishing through contact. The question becomes what does Cavs GM Koby Altman do if he’s faced with this situation because it’d be difficult to play Collin Sexton, Darius Garland and Edwards all together. But if you’re Altman, you have to take the player that you think has the best chance for stardom.

He’s a creative passer who has tremendous court vision, and also has the ability to score — although he needs to work on his decision-making and also shooting efficiency. He’s got a high ceiling, but there are maturity concerns, as well as major questions on the defensive side of the ball. It would be interesting to see how Ball would team with D’Angelo Russell and Karl-Anthony Towns.

He won nearly all of the National Player of the Year awards and went from a fringe first-rounder a year ago to a high lottery pick this season. He’s a big-time athlete who redshirted his freshman season in college and has really seen his game — and skill level — evolve over the past two years. Toppin could certainly help a young, talented Hawks team on the frontline.

He’s versatile, possesses a high basketball IQ, can score, and also makes his teammates better. Avdija was the MVP of the FIBA U20 European Championship, and his biggest weakness is his perimeter shot. He’s a guy who could fit well alongside Blake Griffin.

The Knicks just need players — and good ones. In a draft loaded with big men, Okongwu solidified himself as one of the best. He’s big, strong, plays with a high motor and is also effective on the defensive end as a shot blocker and rebounder.

Okoro is a versatile, high basketball IQ wing who can defend multiple positions, and is a work in progress on the offensive end. Okoro has a winning DNA and can really get to the rim, but he needs to work on his perimeter shot. He’d be ideal for a Bulls team that needs a defensive identity.

Vassell has the size, and made 42 percent of his 3s in his two seasons in Tallahassee. He’s also a guy who can defend on the other end of the court. He’d help out a Hornets roster that could use a floor-spacer — who can also defend at a high level.

He’s a big, strong and athletic forward who took advantage when Wiseman was suspended and ultimately left the Memphis program. The Wizards just need to go with the best player on the board, and Achiuwa was productive and has plenty of upside.

Big, strong guard with no shortage of “feel” for the game. Hayes is a lefty who is an average athlete, but can really pass it and knows how to play. He was born in Florida, but was raised in France before moving to Germany last year to play for ratiopharm Ulm.

Haliburton fits the Spurs, both on and off the court. He’s a high-character, cerebral point guard with size and length that has shown the ability to make his teammates better, and also take care of the ball. This past season he was able to display that he could take on more of a scoring load. His perimeter shot is funky, but he’s shot it well in his two seasons in college.

The Kings could use a frontline big man, and while Stewart may not be the most explosive guy in the world, he plays with a high motor, is productive, and has a 7-foot-4 wingspan. The high-character center knows his bread is buttered in the paint, but he’ll eventually work hard enough to become a solid mid-range shooter.

Nesmith is an elite shooter who would look good alongside Zion and Lonzo. The former Commodore shot 52 percent from deep last season.

Carey isn’t a high-flyer, but he’s more athletic than people realize, and he can score in the paint and also rebound at a high level. His defense will need to improve, but Carey could certainly help Portland on the frontline — which is a weakness.

I’m not sure Maxey falls this far, but this would be a steal for a Magic team that could use a scorer on the wing. Maxey does a nice job getting to the basket and finishing, and he’ll need to become more consistent with his perimeter shot.

The T-Wolves need toughness and guys who can defend. Williams is extremely versatile on both ends of the court, and can guard multiple positions. He’s a guy that has barely scratched the surface, but has an NBA body and work ethic, and he’s developing his offensive game.

His stock dropped this past season due to a combination of factors, including the fact that UNC was terrible, and he shot the ball poorly from the field (38 percent). He’d be a great backup behind Kemba Walker.

Bey, who possesses a high basketball IQ, just does a little bit of everything. He’s a terrific defender with length who can shoot it from deep. He can be a 3-and-D guy who can help the Mavs immediately.

You never know what you’re gonna get with Eric Bledsoe, and the Bucks could use another point guard option. Mannion is a well-rounded point guard who was inconsistent last season at Arizona.

There are plenty of concerns about McDaniels, including his lack of a motor and the fact his team struggled last season. But he’s intriguing due to his length, skill and upside. He’ll need to put on some weight, but the lanky forward can stretch the defense and also put it on the floor. KD would be the ideal guy to try and tutor McDaniels.

He opted to play for the Breakers instead of going to college, and while his numbers weren’t overly impressive, he’s intriguing due to his length and versatility. But he’ll need to work on his perimeter shot and also gain strength before he can become an impact player in the NBA.

The Sixers could use a backup point guard, and Lewis is a guy who can come in and play with a speed similar to Ben Simmons. Lewis has another gear, and is also an above-average perimeter shooter.

He might not blow you away with any one aspect of his game, but he does everything well. He’s got good size, is quick, can make his teammates better, and can also defend. Maledon would fit in well with the Heat.

He’s an athletic forward from Australia that has the potential to be an elite defender. He also displayed the ability to make an impact on the offensive end. Green is an inconsistent shooter, but someone that thrives in transition.

Oturu made a huge jump and had a heck of a season. He’s long, skilled, mobile, and has a high ceiling. Can score inside and out. OKC could use another talented big, and Oturu can help.

Nnaji is a long, hard-playing big man who has made major strides in the past year. If he can continue to progress at that rate, he could be a guy that could fit in perfectly in Boston alongside Jayson Tatum, Jaylen Brown and Kemba Walker.

He’s an ultra-athletic combo forward who oozes with potential, and could be a “bust or boom”-type of guy. He’s worth the risk for Leon Rose and the Knicks this late in the first round.

He’s a project, but he’s every bit of seven feet and is very skilled. He’ll take time, but Masai Ujiri has rolled the dice and cashed in before, so maybe it will work for him again.

Smith does a little bit of everything. He can run the court, is able to step up and make shots from mid-range, and helps with rim protection.

He’s an ultra-athletic wing with size and is terrific in the open court. Stanley also showed the ability to knock down perimeter shots as a freshman at Duke. The Celtics have three first-round picks and can take a chance that Stanley develops into a Jaylen Brown-type player. 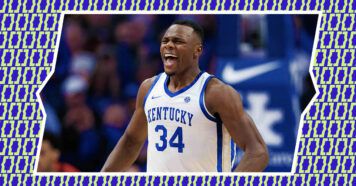 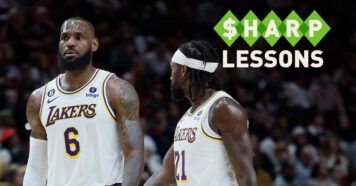 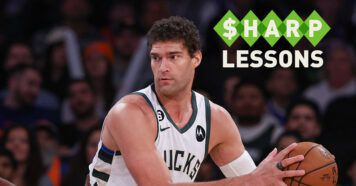