PLAYER OF THE YEAR

R.J. Barrett, Duke – He possesses nearly the entire package: The size, the ability to run a team, get to the basket and finish, and should also provide leadership. He’s as mature of a freshman as I’ve seen in a while.

DEFENSIVE PLAYER OF THE YEAR

Herb Jones, Alabama – Usually, this is an award that goes to a rim protector or a ball-hawking guard. However, the 6-foot-7 sophomore is ultra-versatile, and can defend multiple positions.

FRESHMAN OF THE YEAR

COACH OF THE YEAR

Ed Cooley, Providence – Cooley will have a young team after losing three of his top four scorers, but look for the Friars – who will rely heavily on freshmen David Duke and A.J. Reeves – to go to the NCAA tourney yet again, which will be six straight for Cooley.

F – Dedric Lawson, 6-8, 205, Jr., Kansas – Lawson and his brother, K.J., both sat out last season after transferring from Memphis. Dedric led the American Athletic Conference in scoring two years ago and finished in the top 20 nationally in rebounding. He’s also a terrific passer for someone his size. Look for him to be the top scorer on a Kansas team that has a chance to win a national title.

F – Eric Paschall, 6-9, 255, Sr., Villanova – Jalen Brunson is gone. So is Mikal Bridges, and Donte DiVincenzo … and Omari Spellman. That leaves the big, strong, athletic and versatile Paschall as the top returning player for a Wildcats team that should still be favored in the Big East.

F – Luke Maye, 6-8, 240, Sr., North Carolina – Maye showed that his performance in the NCAA tourney two years ago was no fluke as he earned First team All-ACC honors last season when he become just the sixth Tar Heel in the last 40 years to average a double-double.

G – R.J Barrett, 6-7, 205, Fr., Duke – The versatile Canadian enters college basketball as the top-rated freshman. He’s terrific with the ball in his hands, driving the ball to the basket and either scoring in the paint or giving it up to teammates for easy baskets. The one area Barrett will need to improve is his perimeter shot.

G – Tremont Waters, 5-11, 170, Soph., LSU – Waters had a terrific freshman season in Baton Rouge and will now have some weapons, which should help him be more relevant this year for the Tigers. He’s a guy who can make those around him better and also get his when he wants.
Stats: 15.9 ppg, 6.0 apg

F – Caleb Martin, 6-7, 205, Sr., Nevada – The former N.C. State forward thrived last year with the Wolf Pack and was close to leaving for the NBA Draft if not for a foot injury that hampered him through the draft process. Martin, his twin brother, Cody, and Jordan Caroline have made Nevada a preseason top-10 team.

F – Grant Williams, 6-7, 240, Jr., Tennessee – The SEC Player of the Year returns – which means the Vols are a potential Final Four team. Williams is a tough forward who rebounds at a high level and does most of his damage in the paint.

F – Ethan Happ, 6-10, 235, Sr., Wisconsin – He’s a two-time first-team All-Big Ten player who has also made the All-Defensive team twice in his college career. He led the Badgers in points, rebounds, assists, blocks and steals last season and should have more help from his teammates this year.

G – Carsen Edwards, 6-1, 200, Jr., Purdue – Edwards averaged 21.1 points per game after February 1, and 20.5 points per game in six postseason contests. Edwards also improved his assist-to-turnover ratio as a sophomore. With Purdue losing Isaac Haas, Vince Edwards and Dakota Mathias, Edwards’ production may go up from a year ago.

G – Shamorie Ponds, 6-1, 175, Jr., St. John’s – The Brooklyn native will be the key if the Red Storm are to get back to the NCAA tourney. He’s one of the most electric scorers in the country, but he’s hardly one-dimensional. He rebounds well for his position and also averaged nearly five assists per game last year.

F – Zion Williamson, 6-7, 280, Fr., Duke – Known for his athleticism and high-flying dunks, Williamson has improved his skill level over the past year. But the bottom line is that Williamson plays hard, and will be a tough matchup for opposing forwards due to his size, strength, mobility and athleticism.

F – Rui Hachimura, 6-8, 225, Jr., Gonzaga – The strong and athletic native of Japan barely played as a freshman, but made a huge jump this past season with the Zags – even though he still has barely scratched the surface of what he can do. His numbers will improve, but they may not jump off the page due to the abundance of talent in Spokane this season.

G – Keldon Johnson, 6-6, 210, Fr., Kentucky – It’s not easy debating which UK player to choose, but we’re going with the long, hard-playing, athletic wing. Johnson should set the tone for the ‘Cats with his toughness, intensity and ability to stuff the stat sheet.
Stats: N/A

G – Tyus Battle, 6-6, 205, Jr., Syracuse – Battle helped lead the Orange to the Sweet 16 last season and withdrew from the NBA Draft after going through the process. He scored in double-figures in 35 of 37 games last season and should be one of the nation’s leading scorers this year.

G – Kyle Guy, 6-2, 175, Jr., Virginia – After coming off the bench most of his freshman season and showing spurts of promise, Guy was one of the primary reasons why the Cavaliers were the best team in the country up until the NCAA tournament. He nearly doubled his scoring average, but also got stronger and improved on the defensive end.

F – Nassir Little, 6-7, 215, Fr., North Carolina – He’s big, strong, long, athletic and versatile. Look for Luke Maye and Little to form the top forward tandem in the country. Little is difficult to stop due to his ability to score in a variety of ways.

C – Sagaba Konate, 6-8, 260, Jr., West Virginia – The native of Mali is an elite shot-blocker, and should be one of the better rebounders in the country this season. Konate should also improve on his scoring average with the Mountaineers’ loss of Jevon Carter and Daxter Miles Jr.

G – McKinley Wright IV, 6-0, 175, Soph., Colorado – The Minnesota native is one of the top point guards in the country, and led the Buffs in both scoring and assists a year ago. He’s also a terrific defender and could be the best floor leader in the Pac-12.

G – Romeo Langford, 6-6, 195, Fr., Indiana – The prize of Archie Miller’s class is a smooth scorer with size who will quickly be expected to be the focal point of the Hoosiers’ offense. If you want buckets, Langford is your guy.

D’Marcus Simonds, 6-3, G, Jr., Georgia State – Simonds was the Sun Belt Player of the Year last season and showed his versatility by recording the first triple-double in program history with 20 points, 10 rebounds and 10 assists in last year’s season-opener.

Clayton Custer, 6-1, PG, Sr., Loyola Chicago – Was key in the Ramblers improbable Final Four last season. Custer will likely take on more of a scoring load this season with the departure of Donte Ingram and Aundre Jackson.

Jon Elmore, 6-3 PG, Sr., Marshall – Elmore helped lead the Thundering Herd to the NCAA tourney for the first time since 1987, and then went for 27 in an upset over Wichita State.

CJ Massinburg, 6-3, G, Sr., Buffalo – Massinburg will be the frontrunner for MAC Player of the Year after leading the Bulls in scoring and rebounding last season. The Dallas native scored 19 in a first-round upset over Arizona and had 18 in the loss to Kentucky. 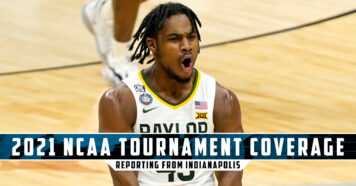 The “Pre-Pause” Baylor Bears Are Back and Hungry

“It’s starting to feel like we’re back to where we were before the pause.” 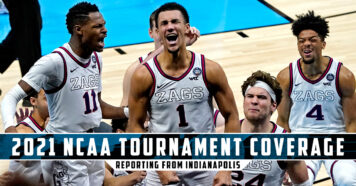 The time has finally arrived.