Two weeks to the day after then-No. 1 Tennessee got smacked by Kentucky in Lexington, the Volunteers returned the favor as they beat the Wildcats 71-52 in Knoxville Saturday to stay atop the SEC standings with LSU and knock Kentucky one game behind.

With two conference games remaining, the Volunteers and Tigers have the inside track for the SEC’s regular season crown and the win strengthened Tennessee’s case for a No. 1 seed on Selection Sunday.

Viewers were told all they needed to know about Tennessee’s motivation for revenge against Kentucky when senior forward Admiral Schofield attempted a punctuating fast-break dunk that was a split-second late from beating the final buzzer. The Volunteers’ forward disregarded any potential concern of poor sportsmanship and sprinted toward the rim to try to push his team’s lead to 21.

[RELATED: Who’s the Most Entertaining Coach on the Sideline?]

With Kentucky forward Reid Travis sidelined with a sprained right knee, Tennessee got his replacements – sophomore Nick Richards, who started in place of Travis, and freshman E.J. Montgomery – in foul trouble in a game in which the contrast in the experience of the two teams’ rosters felt incredibly apparent.

Bone scored a career-high 27 points on 11-of-15 shooting, including a perfect 5-for-5 day from three-point range. The junior point guard scored from almost every area of the court, hitting threes from the top of the key and the left wing. Bone’s five three-pointers were also a career-high.

He started the second half with an easy layup from the right wing on Tennessee’s first possession and later split a pair of Kentucky defenders before finishing with a floater in the lane.

A pump fake opened up a baseline jumper for him near the left corner and Bone glided past Richards as he banked in a running jumper.

Williams, who added 24 points, and Schofield have received their share of national attention this season as All-American candidates but the speed and outside shooting that Bone displayed Saturday is a necessary and dangerous balance to Tennessee’s physical frontcourt.

While Williams had a productive stat line in Tennessee’s last meeting with Kentucky, when he finished with 16 points and eight rebounds, he attempted just four shots the entire game. All too often, he was seen on the floor during a physical contest in Lexington.

The reigning SEC Player of the Year made 7-of-13 shots Saturday, including a pair of threes. The first three gave Tennessee its first double-digit lead of the game, 28-18, just before the under-four media timeout in the first half. Williams’ second three came with a similar amount of time left in the second half and it put Tennessee up by 20, 66-46.

He was responsible for 11 of the Volunteers’ 14 free throw attempts and was clearly the aggressor this time around.

Kentucky forward PJ Washington, who had 23 points and five rebounds in Kentucky’s win over Tennessee, scored a team-high 13 points with just three rebounds in Knoxville. He was just 2-of-6 from the field, like Hagans.

Washington missed both of his three-point attempts and he scored nine of his points from the free throw line. He was unable to replicate his dominant performance on the right block that repeatedly frustrated Williams, Schofield and Kyle Alexander in mid-February.

With Travis injured, Washington neutralized and Kentucky’s rotational bigs hampered by foul trouble, the Wildcats needed a big day from their backcourt.

They didn’t get it.

One game after freshman Tyler Herro exploded for a career-high 29 points in a win over Arkansas, the streaky freshman made just two of his team-high 11 shots. He was 0-of-5 from deep.

Fellow freshman Immanuel Quickley was arguably the only Kentucky player who had a productive and efficient day offensively as he added eight points off the bench, including a pair of threes, on 3-of-5 shooting. It was Quickley’s highest point total since he scored 12 points against Vanderbilt on January 12.

Kentucky was 5-of-19 (26.3%) from three, marking its 14th game this season in which it made five or fewer threes. Tennessee, which is a reasonably efficient three-point shooting team but attempts a lower percentage of threes than all but 25 teams nationally, finished 8-of-22 (36.4%) from behind the arc.

In order to guarantee at least a share of the SEC regular season title, Tennessee will need to beat Mississippi State Tuesday and Auburn on the road next Saturday.

LSU finishes at Florida and at home against Vanderbilt.

Kentucky, which now needs Tennessee and LSU to both lose at least one more game in order to potentially share the SEC title, travels to Ole Miss, then hosts Florida.

A No. 1 seed could be available for any of the three schools if one wins out until Selection Sunday.

But in the mean time, Tennessee restored faith that it still deserves a place among the best teams in the country when its All-SEC frontcourt is buoyed by its big, athletic backcourt, led by Jordan Bone. 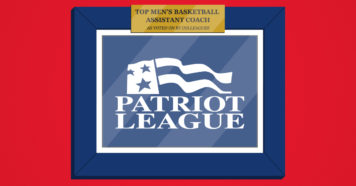