Kent State vs. Monmouth prediction and game preview. Find out who is projected to win when the Golden Flashes host the Hawks of the FCS.

Kent State’s first game showed promise. It trailed Penn State by only three points at halftime and had the ball to open the second half. Then Justin Agner threw an interception that was returned for a touchdown 55 seconds into the first drive, and things have been downhill for the Golden Flashes ever since. They lost that game 33-13, then suffered a 39-36, four-overtime defeat last week at home to North Carolina A&T of the FCS.

Now a second straight FCS team come to town, and this one isn’t a slouch either. Monmouth boasts road wins over Lehigh and Delware State, which the Hawks beat 34-20 last week despite running backs Lavon Chaney and Zach Welch leaving early with injuries. They’ll be back for this contest looking to expose Kent State’s vulnerable run defense.

What To Know About Kent State

Redshirt freshman quarterback Mylik Mitchell has been advertised as a dual-threat. Well he’s not exactly scaring anyone in either aspect. He’s completed 52.3 percent of his passes and has been credited with 36 rushing yards on 30 attempts, though he has been sacked seven times. Mitchell showed promise with three touchdown passes last week, but the Golden Flashes will need more out of him.

What to Know About Monmouth

Kent State has allowed 312 rushing yards, and Monmouth is going to be ready to test that defensive line again. Chaney and Welch have been cleared to play for the Hawks, who have rushed for over 200 yards in each of their victories. With those two leaving early last week, Ed Royds rushed for 92 yards and two touchdowns. Monmouth has run 107 times compared to 56 pass attempts, and that type of disparity should be the same against Kent State.

Offense: Kent State – Mitchell has potential and will be one of the most talent players on the field. He just needs to put it together.

Defense: Even – Both teams have had their problems..

Special Teams: Even – Not many standouts in this aspect on either side, just solid.

Coaching: Even – Paul Haynes is in his fourth season at Kent State and is 9-28. He’s going to need to turn things around quickly, especially after last week’s stunner.

Intangibles: Monmouth – If N.C. A&T can win at Kent State, why can’t the Hawks?

The Golden Flashes are expecting big things from Mitchell, and it’s time for him to step up. They might try to move him out of the pocket more to get his feet moving.

Mitchell gets a touchdown on the ground and the Golden Flashes hold Monmouth’s ground game to under 100 yards in a narrow victory, but Monmouth covers. 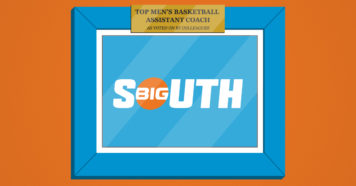