LaVar Ball has announced that he will be homeschooling his son, LaMelo, for the next two years until he attends UCLA.

On Monday, Ball announced he will be pulling his son, LaMelo, from Chino Hills High School to homeschool him for his remaining two years of school before college. As it turns out, LaVar had enough of the school and its administration.

Chino Hills hired Dennis Latimore as its new head coach in the spring after Stephan Gilling was fired after one season. LaVar had a public feud with Gilling and was constantly undermining his coaching abilities. The coach before Gilling, Steve Baik, stepped down after the 2015-16 season after being undefeated.

Latimore doesn’t appear to be the new hire that LaVar was looking for.

“It’s a new coach and I don’t like him one bit,” LaVar told ESPN. “[LaMelo]’s on track for UCLA, but he doesn’t have to be dealing with those knuckleheads. I’m not letting them mess with his head anymore. You can put that on the principal and the coach over there.”

LaVar coaches LaMelo’s AAU basketball team, the Big Ballers, and he plans on continuing the training in his own home.

While science and math may not be in the future for LaMelo, a future at UCLA certainly is. He’s currently committed for the 2019 class and with no school in the picture to “distract” LaMelo, we’ll see what he is capable of. 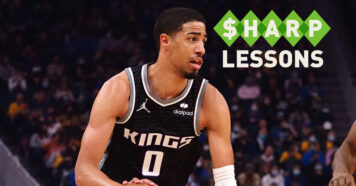