Livin’ B1G: Should I Stay Or Should I Go

Purdue All-American Caleb Swanigan won’t hire an agent, and Michigan State star freshman Miles Bridges is torn. Which Big Ten standouts will head to the NBA, and who will return to school?

Caleb Swanigan became one of the nation’s premier big men as a double-double machine and displayed an improved inside-outside game while leading Purdue to the Sweet 16. He developed into an All-American and a finalist for the Wooden and Naismith awards.

Yet, still, there are some who believe the 6-foot-9, 250-pounder is a fringe first-round pick in the upcoming NBA Draft. Such is life in the one-and-done era, where staying in school seemingly hurts players’ draft stocks.

Swanigan was a McDonald’s All-American and viewed as a potential one-and-done out of high school, but that perceptions quickly changed – not because of his talent, but because of the way the NBA game is trending. Swanigan’s size makes him a “tweaner,” or in other words too small to play down low but not versatile enough to play away from the basket. Apparently outstanding college numbers don’t count for much these days.

Swanigan has entered his name for this year’s NBA Draft but he won’t hire an agent, keeping his amateur status and giving him until May 24th – 10 days after the NBA Pre-Draft Camp – to withdraw and return to Purdue if he doesn’t like what he’s hearing about his draft position.

Others don’t have that concern. Michigan State freshman Miles Bridges definitely will be a lottery pick should he declare, but reports state that Bridges is torn about returning to the Spartans for his sophomore season to enjoy school for another year and enter a potentially weaker draft in 2018.

Some players need to use Deyonta Davis’ situation as an example. The Michigan State freshman center last season heard from many – including coach Tom Izzo – that he’d be a first-round selection. He then slipped into the second round, and although he received a three-year, $4 million contract – the richest fully guaranteed contract for any American-born player chosen outside the first round – he spent most of his time this season with the Memphis Grizziles either injured or in the D-League.

Here’s a look some Big Ten players who either have already declared for the NBA Draft or possibly will as early entrants. 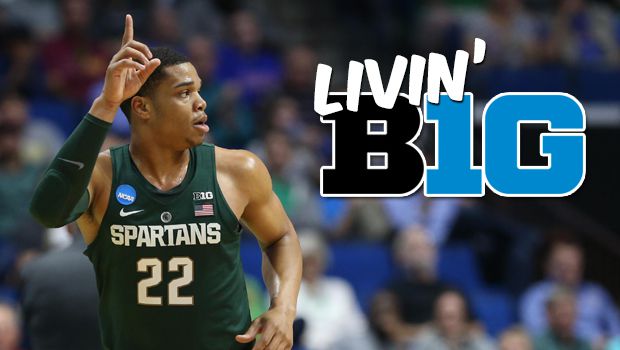 Swanigan’s 28 double-doubles were the most in the nation. He also increased his scoring average by 8.7 points and improved his 3-point percentage from 29.2 to 44.7 from his freshman to sophomore seasons. But Swanigan is losing hype in a particularly strong NBA Draft that also includes plenty of foreign players with the potential to be selected in the first round.

If Swanigan doesn’t get multiple guarantees that he’ll be a first-round pick, he might be better off returning to Purdue, having another big season and giving NBA teams another extended look at his improved outside shot they all desperately crave from bigger players.

It’s only a matter of if Bridges wants to take the money now or take the chance of earning more next year, which he could in a weaker draft. Bridges was named the Big Ten’s Freshman of the Year after averaging 16.9 points and 8.3 rebounds while also showing his freakish athleticism with high-flying dunks. If he returns to school, Michigan State could be one of the top teams in the nation next season.

The 6-foot-8 forward officially declared for the NBA Draft on Monday and will sign with an agent. Indiana’s season went completely downhill after Anunoby suffered a right knee injury Jan. 18 as it lost its most explosive player. Anunoby is projected to be a lottery pick and at worst will be taken somewhere in the first round.

Wagner improved his stock immensely in the NCAA Tournament with a 26-point, performance in Michigan’s second-round upset of No. 2 seed Louisville. Chad Ford of ESPN currently has Wagner going No. 25 overall, but Wagner still hasn’t announced a decision on his future as of Monday. This is a situation where I think it’s smart for him to go now while his stock is high rather than risking anything.

UPDATE: announced on TwitterWagner he will enter the NBA Draft without signing with an agent.

Wilson’s athleticism was on full display toward the end of the season as he averaged 16.3 points over his last six games. He’s the type of lanky 6-foot-10 player NBA scouts love, with his ability to jump out of the gym and soar for rebounds. Wilson is considered a fringe first-round pick, but like Wagner has yet to make a decision. 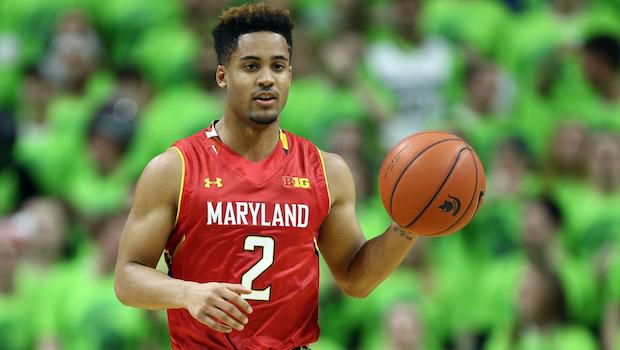 This has been a discussion for three years running now, as Trimble flirted with the NBA Draft after both his freshman and sophomore seasons. But Trimble is intent on turning pro and will hire an agent. That doesn’t mean anything is guaranteed, though. Trimble still struggled with consistency this past season and hasn’t shown enough to be a first-round pick. He’ll be trying to catch onto a roster after being chosen in the second round.

Edwards shined in the NCAA Tournament as a complement to Swanigan, scoring 21 points in each of the Boilermakers’ two victories. He’s also established himself as a lock-down defender in his three college seasons. However, there’s virtually no chance the 6-foot-8 forward will be taken in the first round without a flawless performance at the NBA Draft Combine over the summer. Edwards has declared, but he won’t hire an agent.

Blackmon averaged 17.0 points per game as a junior after having his sophomore season cut short due to injury. He’s an explosive scorer as his 16.3 points per contest over three years with the Hoosiers indicates, but he’s not as athletic as NBA teams would like. Blackmon could stick on a roster being a 3-point shooter off the bench.

Bryant’s stock probably was higher last year. The 6-foot-10 center averaged 12.6 points but he only grabbed 6.6 rebounds per game, which seems to be a red flag for NBA scouts. However, Bryant probably wouldn’t do much for his future by returning to the Hoosiers, so trying to make the best out of a second-round pick or potentially moving into the late first round with solid workouts might be his best option.

Go Back to School

Sanders has declared for the NBA Draft, but he hasn’t hired an agent – and he shouldn’t. He averaged 12.8 points per game for last-place Rutgers, down from 15.9 as a freshman. Sanders also is only 6-foot-2 and is too much of a score-first guard to move over to the point. He can be an explosive scorer, but he’s better suited returning to a Rutgers team that showed some improvement last season.

Thompson hasn’t hired an agent, which he also didn’t do after declaring last year. The best thing Thompson has going for him is that he’s a 7-footer, and quality big men are hard to find in this era of the NBA game. He averaged 10.6 points and 9.2 rebounds, but he still seems a bit raw for having spent four years in college, including one as a redshirt after transferring to Ohio State from Virginia Tech.