The NCAA handed down punishments Thursday for Louisville and Rick Pitino for their involvement in an alleged sex-for-pay scandal dating back to 2010.

Pitino, who claims he had no knowledge of any wrongdoing, will be suspended for the first five ACC games of the season after the Division I Committee on Infractions ruled he failed to monitor his program during the alleged timeframe.

The investigation began in 2015 after escort Katina Powell alleged that she and other escorts were paid to have sex parties with Louisville recruits and players.

Louisville had already self-imposed sanctions, including a postseason ban in the 2015-16 season, but the NCAA believed it wasn’t enough.

In addition to Pitino’s suspension, Louisville will also have to vacate wins in which ineligible players participated dating back to 2010. Andre McGee, the Cardinals former basketball operations director has been issued a 10-year show-cause order, and the basketball program has been placed on four years’ probation.

But Pitino isn’t taking his suspension lying down; Louisville is currently appealing the NCAA’s decision.

“We believe we will win the appeal because it is right, it is just,” Pitino said. “What went on [the NCAA’s ruling] was unjust, inconceivable.”

Although the NCAA hasn’t officially vacated the Cardinals 2013 national title, they can if they find that any players who were deemed “ineligible” played the game. With the NCAA’s ruling, it would be the first-ever title vacated in Division I basketball. 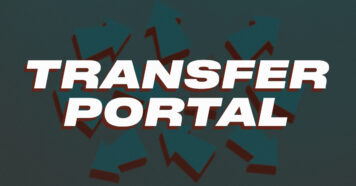 Every Player in the 2022 College Basketball Transfer Portal

There are more than 1,250 scholarship players in the portal.