The LSU baseball team will be looking pretty great when they take the field this season after unveiling an unparalleled set of uniforms.

The way I see it, college baseball uniform sets and combinations just ventured into unchartered territory. We’re talking Neil Armstrong taking his first step on the surface of the moon territory. This is all thanks to the LSU baseball program, who on Thursday morning released their uniforms for the upcoming 2017 season. To sum it up in one word, we’ll turn to a man getting some publicity nowadays and call these uniforms “tremendous” (you know you read that in POTUS’ voice).

Now if we’re going to do this the right way, we need to break these threads down one-by-one. And in the end, I’ll give you my rankings of the different jerseys. What more could you possibly want!? (Rhetorical question don’t answer that).

*All information is via @LSUbaseball 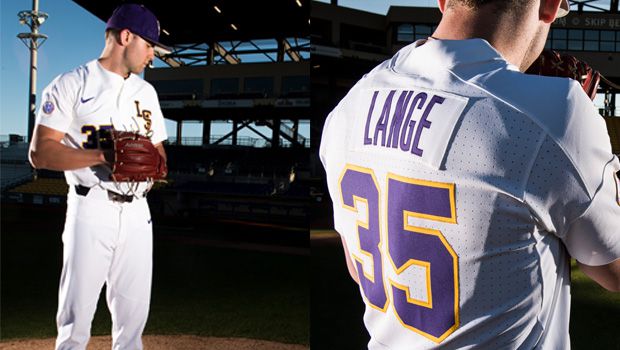 The all-white set will be worn during the opening game of each home series and features the interlocking “LSU” logo on the front and left side of the jersey. Player numbers will be on the right. You’ll find the “SEC” patch on the right sleeve.

In addition to these being straight ice, they’re also from the Nike Vapor Elite collection. The Nike Vapor Elite jerseys are lightweight and breathable, keeping players cool on the hotter days. Possibly the best element of the white tops are the purple numbers with a yellow stroke. Purple and yellow: the most underrated color combo in sports. 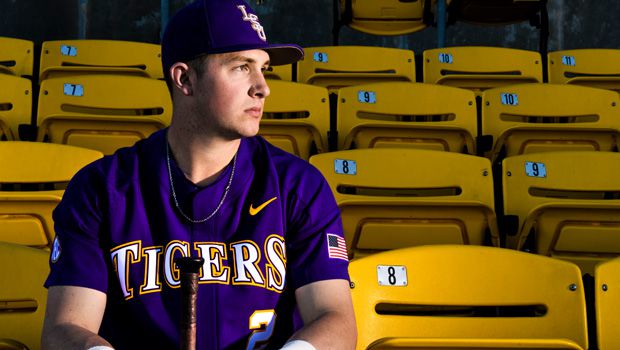 Getting back to my previous declaration, purple and yellow are the hidden gem of sports colors. A few teams use the color combo, but not enough. Maybe the best example of those two colors working well together is right here: a purple top with white font and a yellow outline. These are to be worn during the second game of a home series, as well as on the road.

The top can be paired with the Tigers’ white, pinstripe, and grey pants. These, like the all-white set, are Nike’s Vapor Elite uniforms. Now I’ll get out of the way and let you bask in the glory of these beauties. 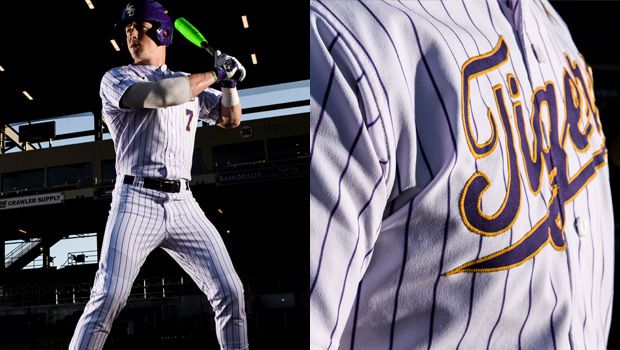 Pinstripes are rarely a bad idea when it comes to baseball uniforms. I’ve always been a big fan of the look, and in this instance LSU did not disappoint. The purple striping with the purple and yellow “Tigers” scripted across the chest is about as clean as it gets. The team will rock this uniform for games held during the middle of the week. 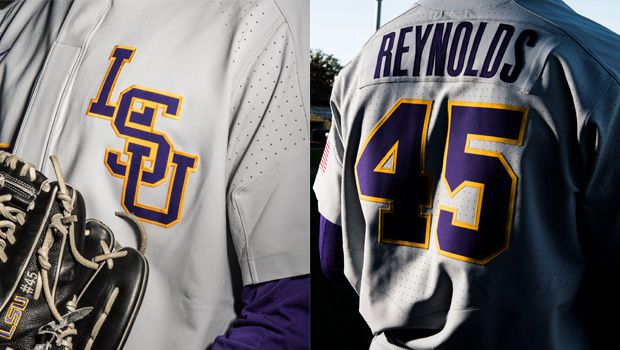 After much debate here in the Campus Insiders world headquarters, we’ve decided to use “grey” over “gray.” Technically both spellings are accepted here in this great land we call the U.S. of A, but we’re rolling with the “ey.”

As for the threads, what we’ve got here is another Vapor Elite uniform set. It follows the same pattern and design as the home white set, but with a different base color. Not to knock this specific uniform, but grey unis are never quite as appealing as white or dark colored looks. 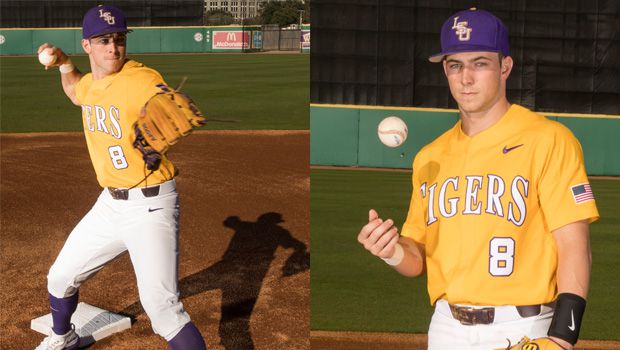 Here is one of LSU’s more recognizable jerseys. The “Championship Gold” top has been worn by every Tigers team since 1996, and is considered a bit of a lucky charm in Baton Rouge. LSU has turned to this jersey during past postseasons, and success has usually followed. For the 2017 campaign, the Tigers will bust these out for the third game of a series, as well as anytime they compete for a championship in postseason play. 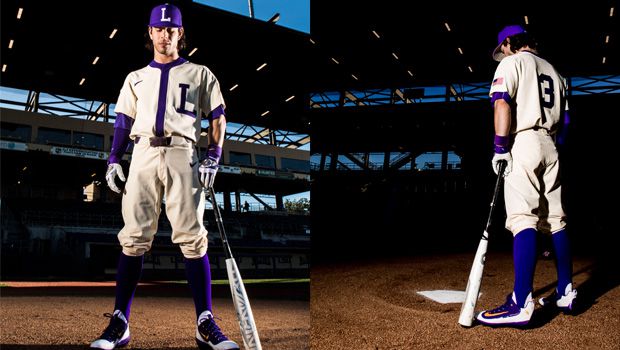 You knew it was coming. The throwback look has taken over college athletics with football, basketball, hockey, and baseball teams (most notably) turning to this concept in recent years. LSU will wear their most recent throwback uniform on March 28th against Tulane, against whom the Tigers wore their first ever throwback uniform way back in 1993.

Truth be told, I’m a fan of every one of these jerseys. LSU did a phenomenal job with these. But when it really comes down to the nitty gritty, some are better than the others. In this case, the purples are the cream of the crop, The Sultan of Swat, The Caliph of Clout. End of discussion.