The Marshall Thundering Herd looks to rebound versus Norfolk State. We analyze the state of the Herd below in the Marshall vs. Norfolk State prediction and game preview.

Marshall isn’t the same team it was in 2014, as evidenced by last weekend’s disappointing 21-10 loss to Ohio. But how far has the Thundering Herd fallen from the squad that won the Conference USA title? Doc Holliday’s team has a chance to regroup over the next month with a soft stretch that’ll largely be played in Huntington. Norfolk State has started 2015 with losses to FBS opponents, Rutgers and Old Dominion.

Why Norfolk State Will Win

Why Marshall Will Win

As Birdsong searches for his confidence, the Herd will simply punish Norfolk State with bruising RB Devon Johnson. The Spartans were defenseless against the Rutgers and Old Dominion running backs, allowing huge chunks after contact, and they’ll be on their heels again Saturday in Huntington.

The Marshall secondary is off to a great start in 2015, picking off five passes in two games. That’s bad news for Norfolk State QB Greg Hankerson, who was ineffective last week versus a much more beatable Old Dominion defense. Safeties Tiquan Lang and Taj Letman play the pass like cornerbacks.

Marshall is better than it looked last week versus Ohio. And it’s out to prove it this week versus overmatched Norfolk State. The Herd will lean heavily on the broad shoulders of Johnson, while the defense creates a handful of money plays in the form of takeaways and tackles for loss. 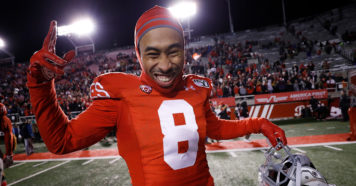