Cinderellas emerge during every NCAA Tournament, and inevitably a big program searching for a new coach poaches one from a mid-major darling. Here are five coaches who could be on this year’s list.

The path to becoming a successful and highly paid college basketball head coach in a major conference often runs through the mid-major ranks.

One has to wonder if Bill Self would be guiding national title-favorite Kansas into this year’s NCAA Tournament if he hadn’t led seventh-seeded Tulsa on a surprising Elite Eight run in 2000 that opened the door for him to accept the Illinois job.

Rick Pitino took sixth-seeded Providence to the Final Four in 1987 before parlaying that into the New York Knicks head coaching gig before taking over at Kentucky. UCLA coach Steve Alford spent four years at the Division III level and didn’t get his chance in a power conference until he took Southwest Missouri State to the Sweet 16 in 1999.

And don’t forget the great Mike Krzyzewski coached at Army before getting the opportunity to take over a middling Duke program that he’s built into a national power.

The NCAA Tournament often provides an audition for mid-major coaches who might be eyeing the chance to take over a larger program with a bigger budget. High-major programs are watching closely, too.

Take last year as the easiest example. Stephen F. Austin shocked No. 3 seed West Virginia in the first round, and two months later Brad Underwood was being introduced as Oklahoma State’s new head coach. Little Rock’s Chris Beard took the 12th-seeded Trojans to the second round in his first season, then bolted for UNLV. He didn’t even change his clothes in Vegas before he was on his way to accept the Texas Tech job.

Similar situations are bound to unfold following this year’s March Madness. N.C. State, Missouri and LSU already have openings, and there undoubtedly will be more soon.

Let’s take a look at five mid-major coaches – in no particular order – who could be on the move. And if you’re looking for Gonzaga’s Mark Few on this list – sorry, but we’ve given up on that.

The Norse are 24-10 and heading to the NCAA Tournament after winning the Horizon League tournament as a No. 4 seed. What’s more impressive is that this was the first season Northern Kentucky was eligible to play in the Big Dance after making the move from Division II. Brannen helped make the most of that year, winning the conference’s coach of the year award and turning around a team that went 9-21 in his first season in 2015-16.

Brannen spent nine seasons as an assistant to Anthony Grant at VCU and Alabama, and was the Crimson Tide’s interim head coach during the 2015 NIT following Grant’s dismissal. The 43-year-old has experience in a major conference and now is proving he can quickly turn around a program.

Winthrop went 12-20 the year before Kelsey arrived in 2012-13 and is back in the NCAA Tournament four years later. It shouldn’t be forgotten that the Eagles tied for the Big South regular-season title last season. Kelsey has guided Winthrop to a 26-6 mark this season, and a victory in the NCAA Tournament would draw even more attention from power-conference programs. This is where Wichita State’s Gregg Marshall made his name, after all.

Kelsey was an assistant at Wake Forest from 2004-09 – helping lure McDonald’s All-American Al-Farouq Aminu to the Demon Deacons – and got a huge recommendation from Xavier coach Chris Mack after serving under him from 2009-11. Now, Kelsey is shining in his first chance to run a program and could be on the radar of bigger programs.

Keatts has been in Wilmington for three seasons, and the Seahawks have won the Colonial Athletic Association’s regular-season title each year. He’s won 72 games during his tenure (29 this year), which is one more than UNC-Wilmington won in the seven seasons combined before he arrived.

The 44-year-old Keatts is of the Rick Pitino coaching tree, having spent three years at Louisville. But before that, Keatts was coaching in high school save for a brief stint as a Marshall assistant. There’s no questions about Keatts’ coaching ability given how he’s turned things around in Wilmington, and he’ll surely be pursued by bigger programs this offseason.

The highlight of Davis’ head coaching career came just last season, when the Blue Raiders shocked No. 2 seed Michigan State in the first round of the NCAA Tournament. It was his second appearance in the Big Dance since taking over in Murfreesboro in 2002-03 and is poised to make his third with Middle Tennessee sitting at 27-4 this season. Once upon a time, Davis was the youngest head coach in Division I when he got the job at Idaho in 1988, which he parlayed into the Texas A&M gig after back-to-back NCAA Tournament appearances.

Now 57, Davis’ next job likely will be his last. But can a bigger program lure him away given his age and how long he’s been at Middle Tennessee? Some will try.

He’s going to make every one of these lists until he leaves – if he ever does leave. Marshall has taken the Shockers to the Final Four and is prepping for his sixth straight NCAA Tournament appearance. Prior to his run in Wichita, he made seven Tournaments in nine seasons at Winthrop. It’s pretty amazing that a power-conference team hasn’t pried him away already.

But Marshall is making more than $3 million coaching in the Missouri Valley Conference and is a beloved figure in Wichita. He flirted with the Alabama opening a couple years ago before signing a new seven-year contract. Marshall’s phone is going to ring plenty after the NCAA Tournament, and it’ll likely take the perfect situation for him to leave. 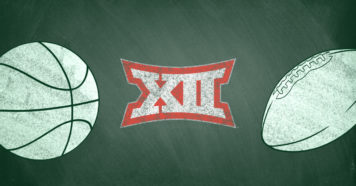 Ranking the Big 12 ADs With Jeff Goodman and Brett McMurphy

Our insiders break down the Big 12. 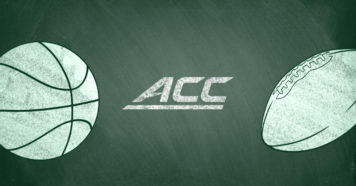