Last week’s break was much needed. I went on a bit of a losing streak, so I used the off-week to recalibrate and go on an off-the-grid retreat, à la Jack Dorsey. The retreat included meditation, self-reflection, both a vegan AND meat-only diet cleanse, and an ultra-competitive “Balls of Fury”-esque ping pong tournament.

I have come back clear-headed and ready to attack the board.

Net ML @ Kings (+105): It’s bounce-back time for the Nets. The Kings have been playing well, sure, but they’re now favorites at home against Kevin Durant’s Nets. After cutting ties with Steve Nash and suspending Kyrie Irving, the Nets seemingly found some new life, as they’re 3-2 in their last five games and close to a top-10 team on offense!

Coming off a loss to the Lakers that saw them shoot 25% from three and get out-rebounded, Brooklyn now takes on a team that’s the second-worst rebounding team in the NBA over the last five games. This is a good spot for the Nets as an underdog, so let’s take the value.

Grizzlies 1Q Team Total Over 27.5 (-110): This is normally one of my more reliable bets, however, the loss of Desmond Bane makes this bet move from a layup to a two-pointer. The Grizz are one of the best first-quarter offenses in the league, averaging 29.6 points this season and holding a 9-3 1Q ATS record. The loss of Bane certainly hurts, but they’re supposed to get Jaren Jackson Jr. back tonight, which can help fill the scoring void (plus, Zion is questionable for the Pels). With the Grizzlies’ first-quarter scoring usually around 29, I’ll take a chance on a slightly lower number and hope they have a bounce-back first quarter after a 19-point performance on Sunday.

Lauri Markkanen Over 19.5 Points (-125): Move. That. Bus! It’s Extreme Makeover: Lauri Markkanen Edition! After saying he didn’t have any fun at the end of his Chicago tenure, it sure looks like he’s having a good time now. The Finland native has found new life in Utah, averaging over 21 points per game (an average of 23 points per game at home). Tonight, he’s back in Utah taking on not only one of the NBA’s worst defenses, but THE worst defense in the league against small forwards (the position Markkanen has played the most this season). This is a great spot and a great matchup for Lauri, so let’s bet he gets at least 20. 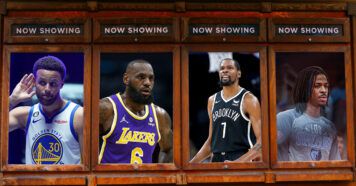 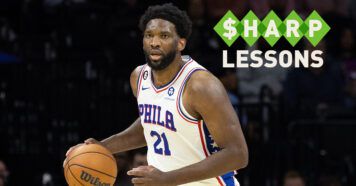 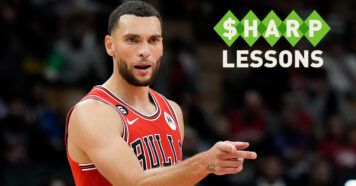