NBA Stars Speak Out Against Donald Trump at Media Days

Donald Trump’s twitter reaction to anthem protestors in the NFL was the talk of the weekend but at NBA media days on Monday, several big league names spoke out against the President’s rhetoric.

President Trump tweeted on Saturday about Stephen Curry and the Golden State Warriors:

Going to the White House is considered a great honor for a championship team.Stephen Curry is hesitating,therefore invitation is withdrawn!

Which prompted Warriors head coach Steve Kerr to implore the President to bring the country together and stop dividing people, calling out the President’s response to violence this summer in Charlottesville.

Steve Kerr wasn’t the only head coach in the NBA to denounce the President’s tweets. Spurs head coach Gregg Popovich, who has gone up against Donald Trump in the past, made an eloquent plea for people to engage in a better dialogue when it comes to race relations in the United States while speaking about white privilege.

Gregg Popovich: 'We still have no clue of what being born white means.' pic.twitter.com/whTL7y4ktu

“People have to be made to feel uncomfortable and especially white people because we’re comfortable,” Popovich said. “We still have no clue of what being born white means.”

Washington Wizards PG John Wall praised NFL players for taking a stand while comparing demographics between the NBA and the NFL. Wall pointed out that most stars in the NBA are African Americans, a few of whom made a strong plea for equality at last year’s ESPY Awards. Wall wished that other white NFL stars, like Aaron Rodgers and Tom Brady, could take the opportunity to speak out about injustice in the same fashion.

We’ll be waiting to see if their words carry over to the NBA season. 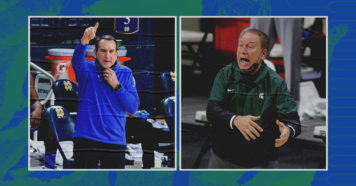 NCAA Tournament Projections As of Jan. 6

No NET love for the blue bloods? 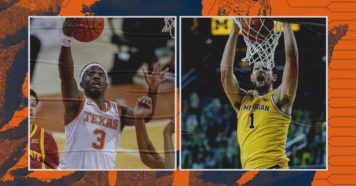 NCAA Tournament Projections As of Jan. 11