This is the real “Rich Paul Rule” — the waiver exception that the NCAA introduced on Monday that serves as an amendment to the certification requirement stipulating that agents representing student-athletes during the NBA Draft process must have a bachelor’s degree.

The NCAA’s latest announcement comes hours after Paul, the NBA super agent and founder of Klutch Sports Group who represents LeBron James, penned an op-ed for The Athletic in response to the NCAA’s new certification requirements.

In one particularly impactful line, Paul writes, “requiring a four-year degree accomplishes only one thing — systematically excluding those who come from a world where college is unrealistic.”

The NCAA announced Monday that these are the new agent certification requirements:

The collection of requirements, specifically the one pertaining to having a bachelor’s degree (prior to the addition of the waiver), was quickly dubbed “The Rich Paul Rule” because Paul, arguably the most influential agent in basketball, didn’t meet the criteria.

But the certification requirements were arguably intended to limit the impact of people like Christian Dawkins, who was found guilty of bribery and conspiracy to commit bribery by the jury in the U.S. District Court in New York amid the FBI’s investigation into corruption in college basketball.

While “The Rich Paul Rule” moniker was arguably something of a misnomer — because is the agent who represents high-profile stars like LeBron James, Anthony Davis, Draymond Green and Ben Simmons, among others, really going to spend his time investing in fringe NBA prospects who are deciding whether to enter the draft or return to school? – it proved to be a rallying cry and viral hashtag for Paul, James and others who passionately argued against the new certification requirements.

Just look at James’ Twitter timeline from the last week. 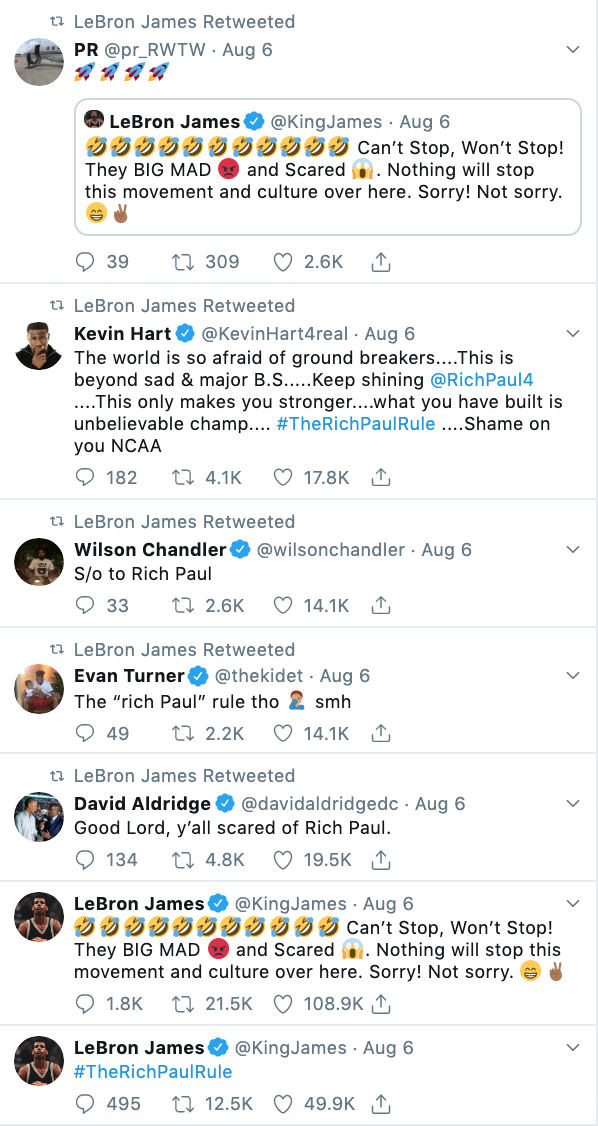 Whether it was simply the culmination of the public outcry or the publishing of Paul’s op-ed that finally tipped the scales in favor of change, the NCAA amended its certification requirements on Monday.

Here’s a look at the NCAA’s timeline in the last week:

Here’s the NCAA’s statement regarding the amendment: “We are committed to providing student-athletes who are deciding whether to stay in school or explore NBA draft options with access to a wide array of resources to make their decision. NCAA member schools developed the new agent certification process to accomplish that goal and reflect our higher education mission.

“However, we have been made aware of several current agents who have appropriately represented former student-athletes in their professional quest and whom the National Basketball Players Association has granted waivers of its bachelor’s degree requirement. While specific individuals were not considered when developing our process, we respect the NBPA’s determination of qualification and have amended our certification criteria.”

It was another PR mishap on the part of the NCAA and the swiftness of the addition of the waiver — less than a week after the original announcement and before the end of the work day after Paul’s op-ed was published Monday — shows the power of social media and how athletes, media and public figures alike can mobilize to create change.

We’ve seen a similar timeline play out in the past when college coaches have attempted to restrict where a player from his team can transfer. The player fights the restrictions, the media gets wind of it and the coach ultimately backs down a week or two later, allowing the player to transfer freely.

The closing sentence of the NCAA’s latest statement regarding the amendment to the agent certification requirements read, “We remain focused on improving the college basketball environment, and over the next year, we will continue to evaluate the agent certification policy as well as the implementation of other rules recommended by the Commission on College Basketball.”

If we learned anything from the last week, it’s that the implementation of the NCAA’s rules, and its justification of them, are subject to change thanks to the power of social media and influential figures in the world of sports who want their voices to be heard.

MORE: The Search for the NBA’s Next MVP 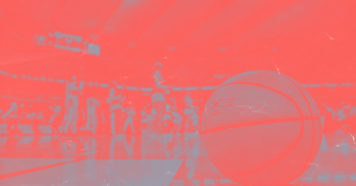