The first bracket of any college basketball season is a challenge. The first NET rankings have not been released, power rankings and analytic sites vary greatly, and other metrics used to seed teams are inconsistent.

But this season seems to be even tougher as rosters across the country have a wide variety of experience. The extra year of eligibility granted because of COVID-19 is the major factor, with some schools having most of their key players returning while others are fielding rosters of entirely new players. This leads to upsets and puzzling results where 20-to-30-point favorites barely squeak by. Add the usual injuries and coaching changes into the mix, and you have a season that is very difficult to predict.

But the cream in college hoops always seems to rise to the top, and this year is no exception. As we head deeper into December, six teams have already separated from the pack. Purdue, Duke, Gonzaga, Baylor, UCLA and Kansas sit atop this week’s bracket, and all have one thing in common — they have all challenged themselves by facing the best teams in the country.

Purdue is currently the No. 1 overall seed. The Boilermakers have gone undefeated while beating highly regarded teams like North Carolina and Villanova. Duke’s victory over previously No. 1 Gonzaga moved the Blue Devils to the second spot, while Gonzaga is a close third having defeated UCLA and Texas. The Zags also have a challenging December with games on their schedule against Alabama and Texas Tech.

Baylor edged out UCLA for the final No. 1 seed as the Bears rolled through the Battle 4 Atlantis by taking down Michigan State in the championship game. UCLA has only one loss to Gonzaga on their resume, and they’ll soon take on North Carolina.

Kansas sits on the two line with a win over Michigan State and an upset loss to Dayton in Orlando. The Jayhawks always challenge themselves in their non-conference slate and will take on a talented St. John’s team before renewing one of the best rivalries in college hoops when they meet Missouri on Dec. 11. 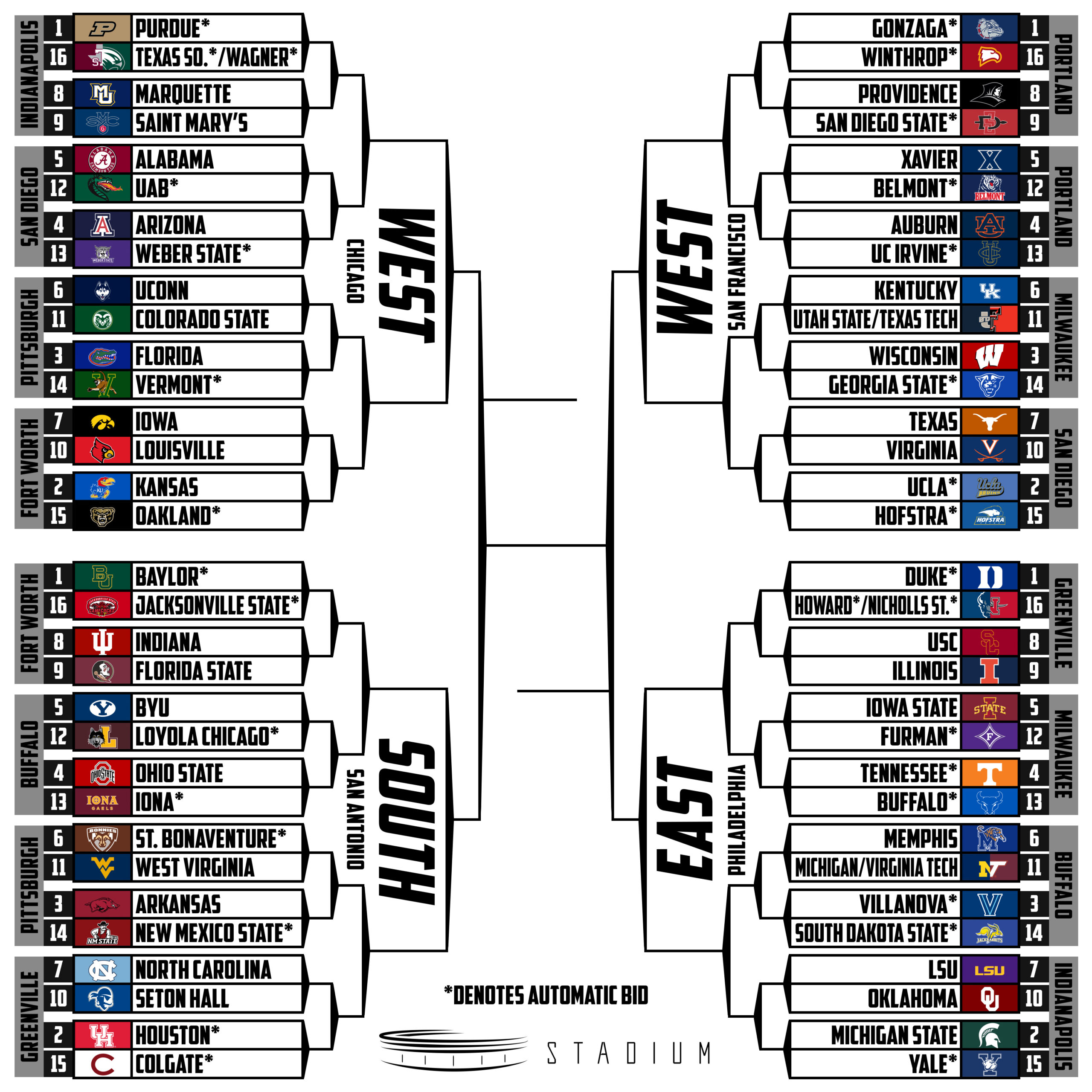