NCAA Tournament Projections As of Feb. 1

As the calendar turns to February and we edge ever closer to Selection Sunday, I put a magnifying glass on my bracket in an attempt to sort out the microscopic differences between the top teams so that I can seed them correctly. I will also start to post my brackets twice a week on Monday and Friday to further give an accurate view of where the teams will sit in the committee’s eyes.

Today, I will examine the reasoning behind the seeding of the top two lines. The top teams on the seed list are set in stone with No. 1 Gonzaga and No. 2 Baylor. Because of the power conference that Baylor plays in, it has a chance to pass Gonzaga if the Bears continue to rack up high-quality wins. Next in line is Michigan, and just as there is a gap between Baylor and Michigan for the No. 2 and 3 overall seeds, a gap exists between Michigan and No. 4 Houston, the team in line for the last spot on the one line.

Houston has a very thin edge over Villanova and Texas, but the Cougars get the nod because they are 15-1 with seven combined Q1 and Q2 wins. Villanova edges out Texas for the top spot on the two line because of a better overall record and better results in Q1 and Q2.

The final two spots on the two line go to Ohio State and Alabama. The Tide have put together an impressive season by going undefeated in the SEC and tallying four top-50 wins in the process, but the Buckeyes edge them out for the seventh overall seed by winning six of their last seven games. And four of those victories have come against the top 30 teams in the country according to the NET rankings. 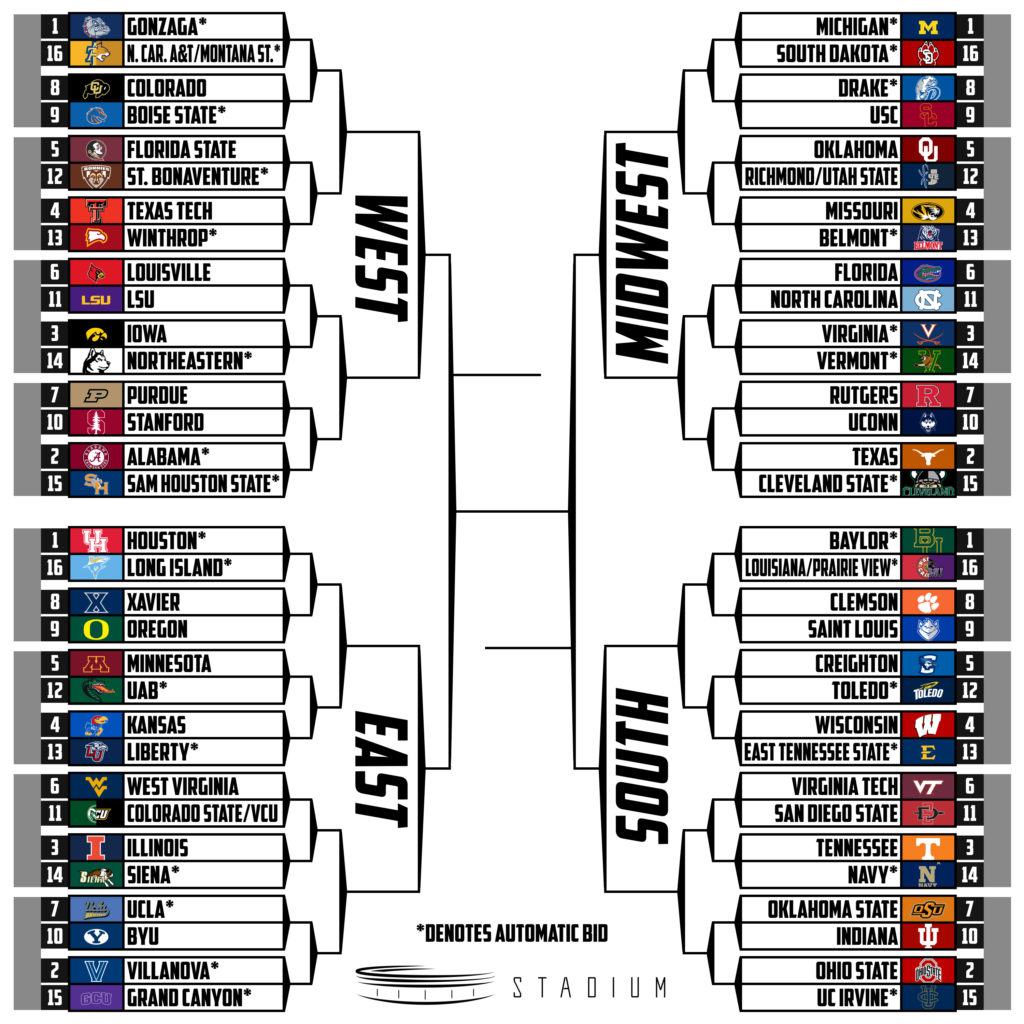