NCAA Tournament Projections As of Feb. 12

Presidents’ Day weekend has always signaled the beginning of the home stretch in college basketball. This time around, we can also look forward to a sneak peek at the bracket, as the NCAA Division I Men’s Basketball Committee will reveal their top 16 seeds — as they see them currently — on Saturday during the NCAA March Madness Bracket Preview on CBS.

Let’s try to predict who the committee will choose.

The task of picking this year’s No. 1 seeds is perhaps the easiest that the committee has had since the reveal began in 2017. Gonzaga and Baylor have clearly been the top seeds during the entire season while Michigan has remained a solid No. 3 overall despite having been on an extended COVID-19 pause. The final seed in this group is Ohio State, who has put together an impressive resume that has included six top-30 wins, five of which have come on the road.

This group has been on the two line, or close to it, for most of the season. It would not shock me to see Villanova placed at the top of this foursome, but the toughest decision was to go with Houston or Virginia as the final No. 2 seed. I gave the edge to the Cougars based on their top-15 win over Texas Tech.

Virginia leads off this group with West Virginia following closely behind, as Bob Huggins’ team has reeled off some impressive wins, including a sweep of Texas Tech. Tennessee got off to a late start due to an extended COVID-19 pause, but the Vols have racked up top-40 wins over Colorado, Kansas and SEC foes Arkansas and Missouri. They got the slight nod over Wisconsin on the three line by virtue of a better NET ranking and more high-quality Q1 wins.

It seems easy to dismiss Missouri because of their recent losses to Ole Miss and Auburn, but the Tigers have three top-15 wins while compiling a 13-4 record. Placing a team on the four line with a NET ranking of 34 may seem like a stretch, but I really don’t see how the committee can keep them out of the top 16 with their impressive resume. Florida State has not played since Jan. 30, so it’s easy to forget about them but the Seminoles have knocked off North Carolina, Louisville and in-state rival Florida. Texas Tech and Iowa edged out USC for the final spot in the top 16 due to their high-quality wins; Texas Tech and Iowa each have three top-30 wins while USC just has one. 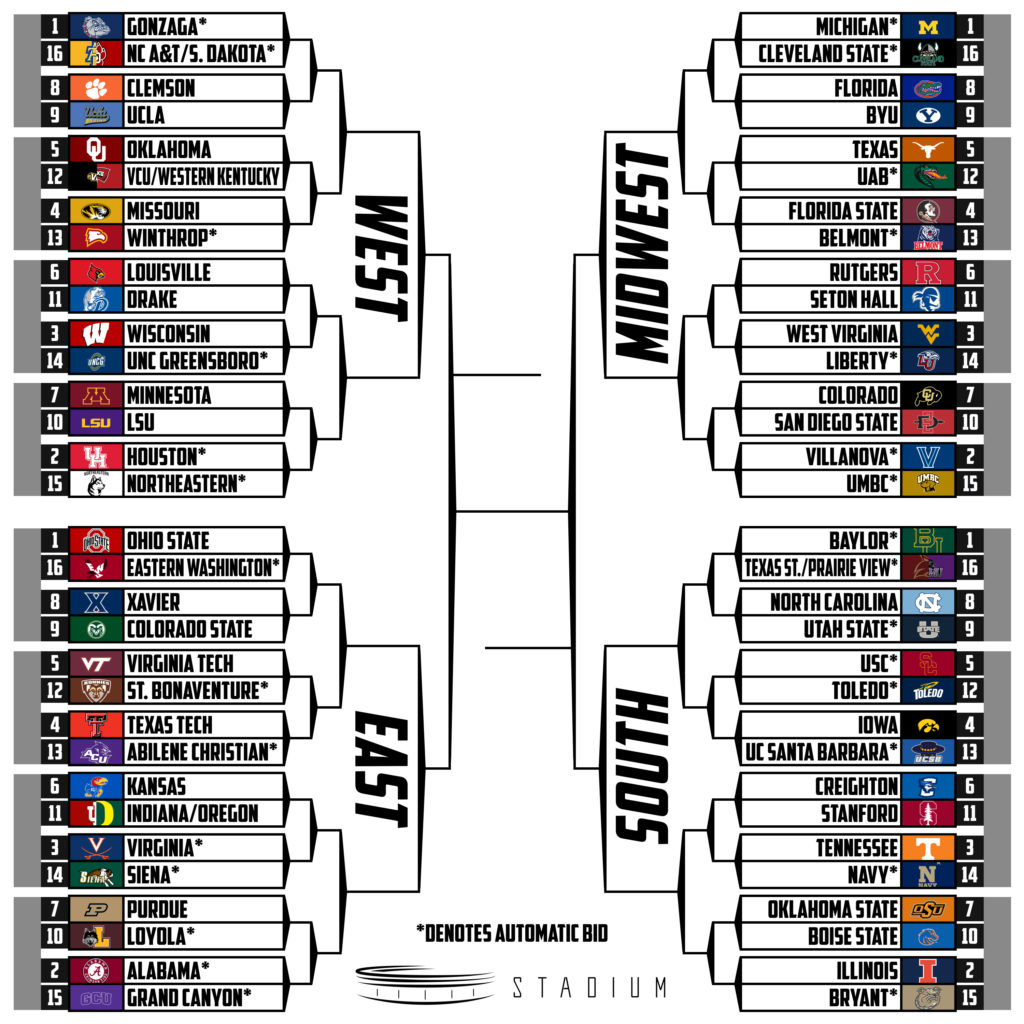