NCAA Tournament Projections As of Feb. 8

What’s the toughest part about putting together a bracket?

It has to be comparing mid-major teams with excellent records, who are lacking quality wins, versus high-majors who have beaten a couple of high-quality opponents but have suffered a lot of losses, especially in the Q3 or Q4 column of the NET rankings.

The high-majors often have an edge in these discussions because of their solid strength of schedule (SOS) that comes with consistently playing quality conference opponents. As for the mid-majors, they have to gain their resume-building wins in the non-conference portion of their schedules.

That being said, in today’s bracket I actually have a reversal of the aforementioned scenario: Loyola-Chicago is currently in the field as a mid-major while the Big Ten’s Indiana is left out. Let me give you an inside look into my thought process as I made this tough seeding decision.

I first check if the mid-major has enough of an outstanding record to overcome their lack of quality wins. I also look at Q1 and Q2 opportunities and see how they performed in those games. To balance the difference between the quality wins a high-major has versus the quantity of wins a mid-major has, I implement a system in which I take away wins and add losses to the mid-major team for every Q1 and Q2 win that they don’t have.

The Q1 and Q2 wins are weighted, giving me an idea of what the school’s record would be if they played the other team’s schedule. I never make this exercise the end all be all, but it helps give much-needed perspective when comparing unique resumes.

Loyola currently has the automatic bid for the Missouri Valley, but let’s look at the Ramblers as an at-large for the purpose of seeding. They have a 17-3 record, a strong NET ranking of 14 and have played two tough opponents in Wisconsin and Richmond in the non-conference portion of their schedule, which helped their SOS. Their rough performance at Indiana State isn’t a deal-breaker because most 10-seeds and below have at least one bad loss. Unfortunately for the Ramblers, they have zero wins against top-100 teams.

If you compare that to Indiana, the Hoosiers sit at 10-8 and have three Q1 wins — but those victories come in 10 tries. A 3-7 Q1 record, including a win against a Penn State program that’s not a tournament team, isn’t that impressive. Did I mention the Hoosiers’ Q3 loss to Northwestern? That’s why, for now, Loyola is seeded above Indiana. IU simply has to win a few more games, and if a victory or two comes against a Q1 opponent, it would certainly be enough to pass Loyola. 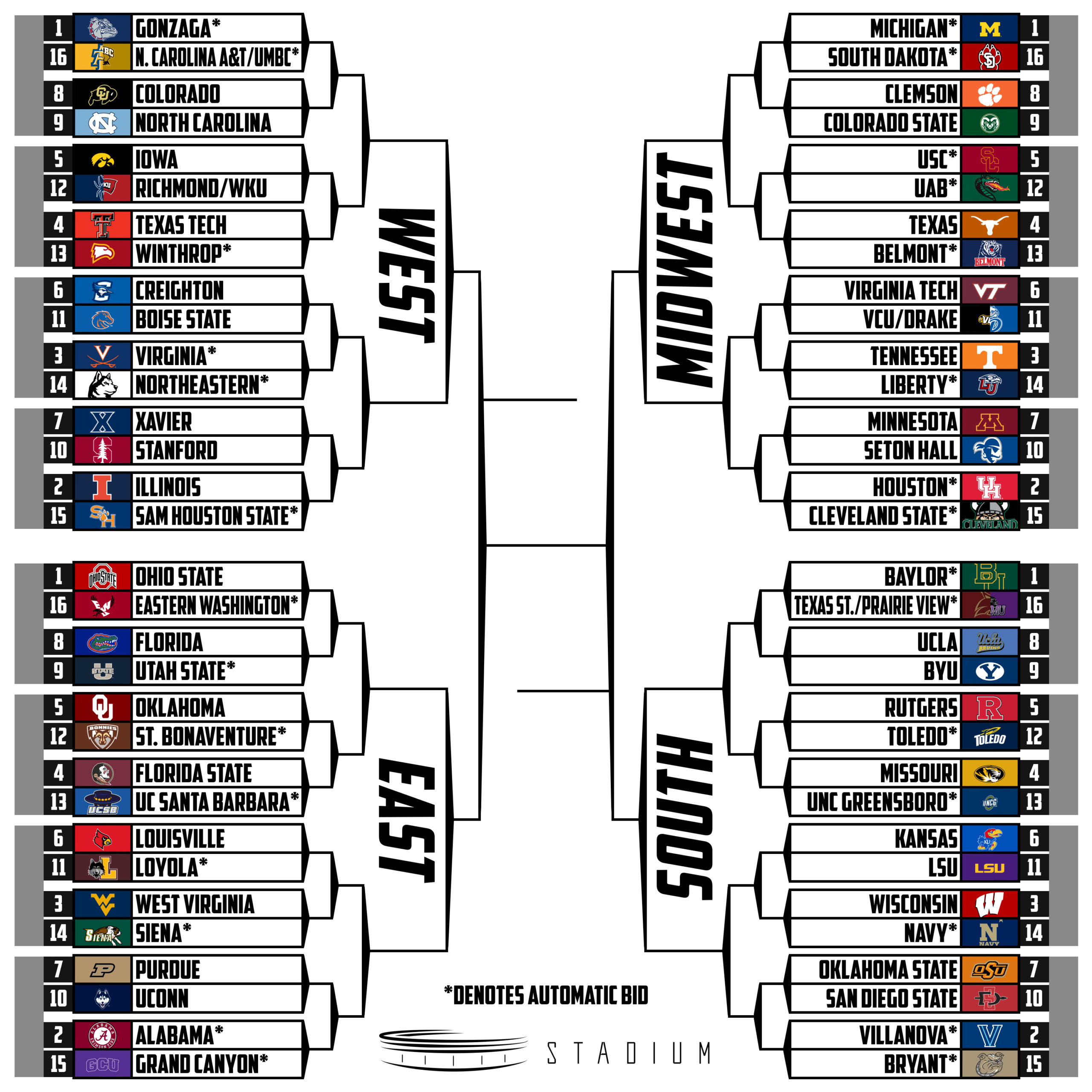