NCAA Tournament Projections As of Jan. 11

We all knew putting together a bracket during this season would have many hurdles. Adding to the challenge is the fact that we are two months out from Selection Sunday and the number of games played varies greatly across the country due to COVID-19.

This has resulted in me making tough decisions on some teams that are currently facing extended pauses — like Villanova. I debated if dropping the 8-1 Wildcats down was fair, because they’ve had a competitive schedule despite playing only nine games. But the ‘Cats have not played a game since Dec. 23 and as their resume has stalled, other schools have put together stronger cases…

And thanks to big victories over the past week, Michigan and Texas have moved past Villanova and are now No. 1 seeds in the bracket. Both teams have grabbed nice wins against highly ranked conference foes and have done so in convincing fashion. Hopefully, Villanova will start play in a week and begin making up some of the conference games they had to postpone. When that happens they will have every chance to move back to the top line. 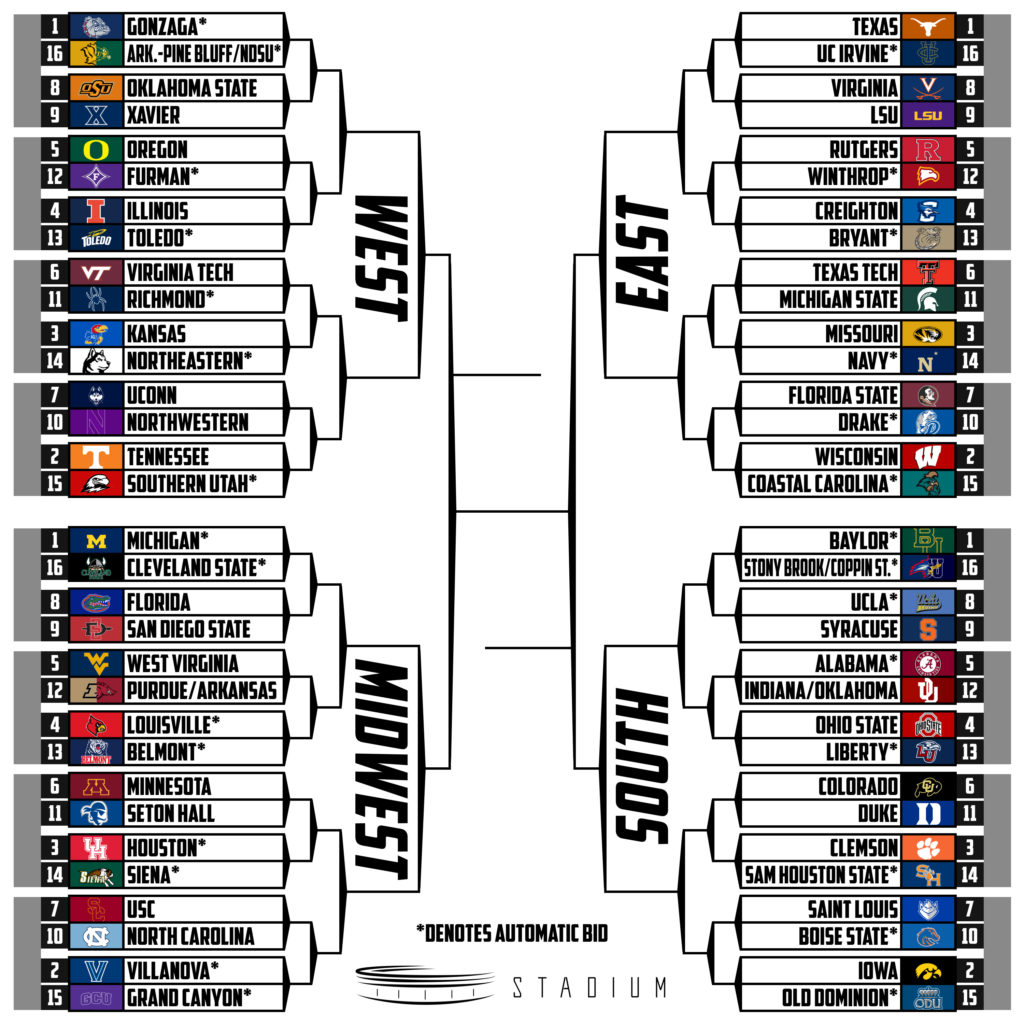