NCAA Tournament Projections As of March 5

Here are some notes on today’s bracket as we head into the last weekend of play for the power conferences. By the end of the weekend we will even have some automatic qualifiers in the field.

• This week, the NCAA revealed how they will set up the bracket. All play-in games, including the at-large teams and the schools seeded #16, will be placed on the left side of the bracket. In other words, it’s the region that contains the #1 seed (region one) and the region that contains the #4 seed (region four). These two regions will play their games on Saturday and Monday, while the “First Four” games will be played on Thursday.

• Some teams have been eliminated from at-large consideration. With Richmond’s loss on Thursday in the A-10 Tournament, the Spiders’ season is over and their resume falls short of receiving an at-large bid from the committee.

• Minnesota needs to win the Big Ten Tournament and receive the automatic bid in order to make the NCAA Tournament. Indiana is not quite in that position, but the Hoosiers definitely need to make a deep run and acquire some high-quality wins along the way to have a chance as an at-large team.

• Despite having impressive records, mid-majors like Belmont, Winthrop and Drake need to win their respective conference tournament if they want to go dancing. When focusing on the Bulldogs, they have a 22-3 record against D-1 opponents and a high-quality win against Loyola, but they’ve only played two teams ranked better than #124 in the NET. 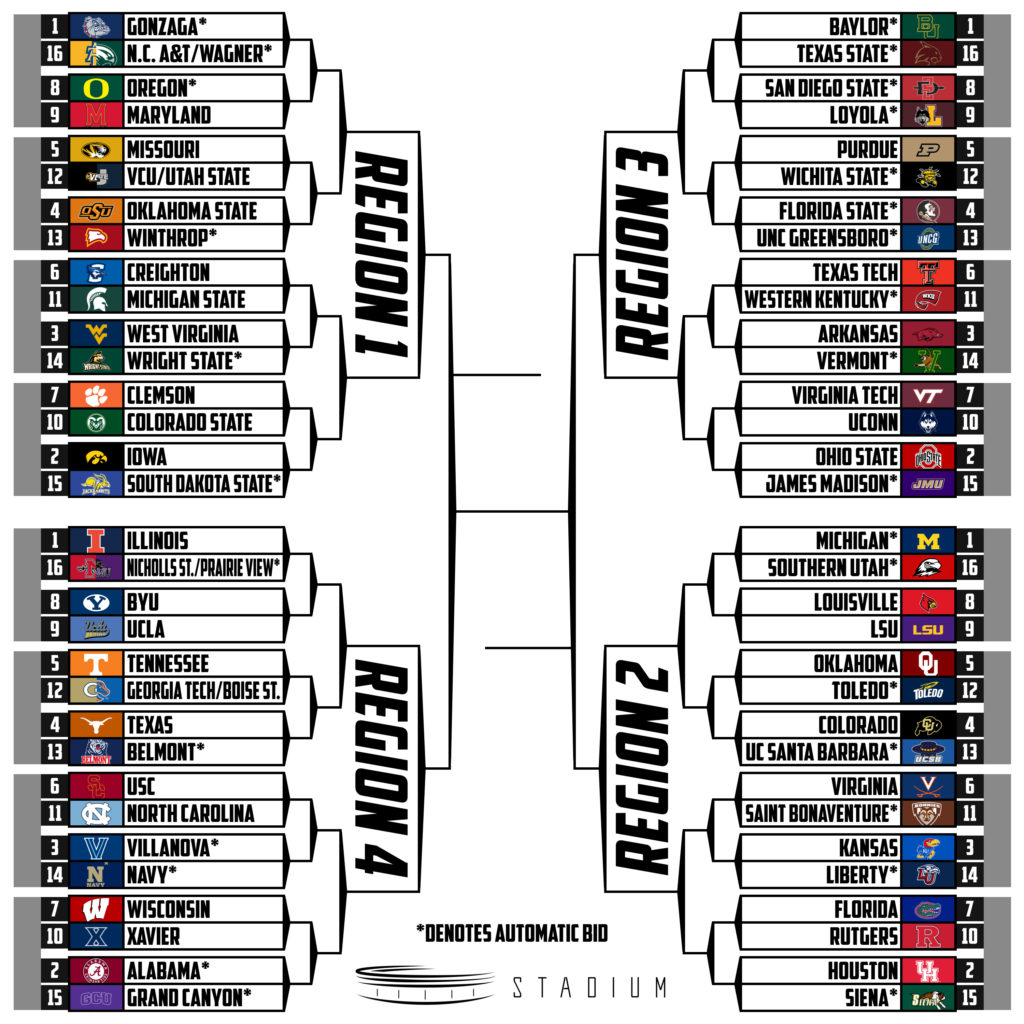